Wipeout XL is a simple arcade racing game. The controls are as simplified as the ones from the console version, the gameâ€™s 3D graphics are blazingly fast and, for a while, it was one of the better-looking racing games around. In keeping with its emphasis on style-over-substance, a fantastic intro movie sets the tone. It may well be one of the best ever seen in a videogame (good enough to be used in the music video for â€œAtom Bombâ€ by Fluke, which is in regular rotation on MTV). This brings up the music, which in the PlayStation version of the game was good enough to warrant its own best-selling music CD. However, that music didnâ€™t make the translation, replaced by good, but ultimately repetitive techno (or electronica, as itâ€™s been re-dubbed for US consumption).

Wipeout XL requires an Ati Rage 3D accelerator to work on the PC. As a gameplay experience, its long-term play value is hindered by a lack of gameplay options, vehicles and tracks. But it serves a purpose, and serves it well. A simple but overall flashy and usually fun tech demo disguised as a racing game. 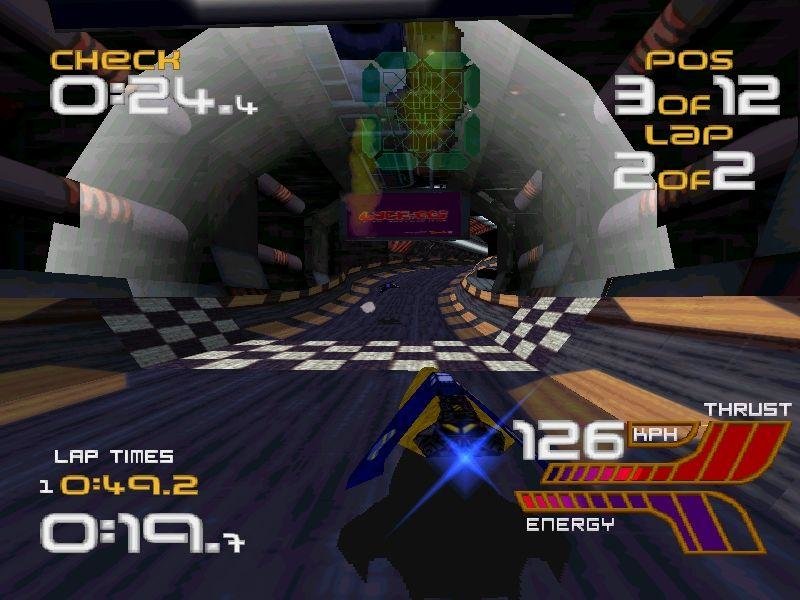