Carmageddon plus bikes (and actual racing).

Race around a bunch of tracks with little regard for property, pedestrians, or public law officials. Show good sportsmanship by punching out your fellow bikers. It has real bands doing real rock music for background tunes (Monster Magnet, Paw, and one you’ve actually heard of, the mighty Soundgarden). It has beautiful menus, with backgrounds of cartoon people vomiting; 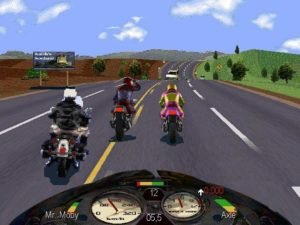 It’s Road Rash, the classic console game, on the PC. Even weirder, it was done by Papyrus, known for such award-winning simulations as IndyCar and NASCAR Racing. This isn’t a simulation though â€“ far from it. It is, however, a good quality conversion, with network play being the main improvement. Of course, there’s the sharp high-resolution graphics the console versions could never have attempted.

It was a great game for the Sega Genesis. It was a great game for the 3DO. It’s still a great game on the PC, though you’d think they could have added a few more features (more tracks would have been particularly nice). At least they’ve added some newer songs â€“ supplementing Soundgarden’s two tracks from their Badmotorfinger record are two from their Superunknown, “Kickstand” and the title track. Other than that this is essentially the same console game with higher res graphics, a workable multiplayer and good bike-mageddon fun. 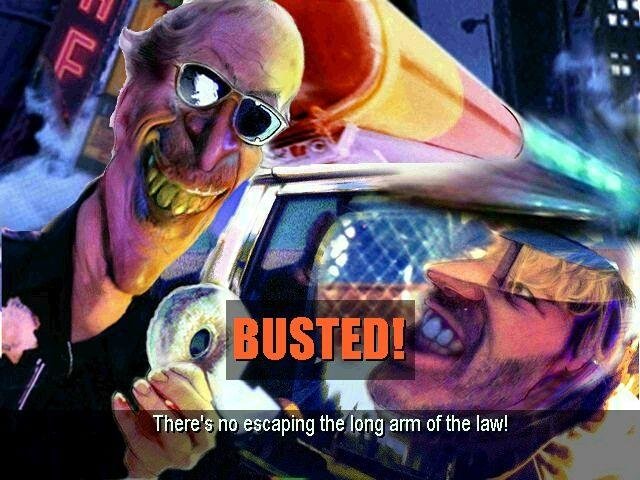 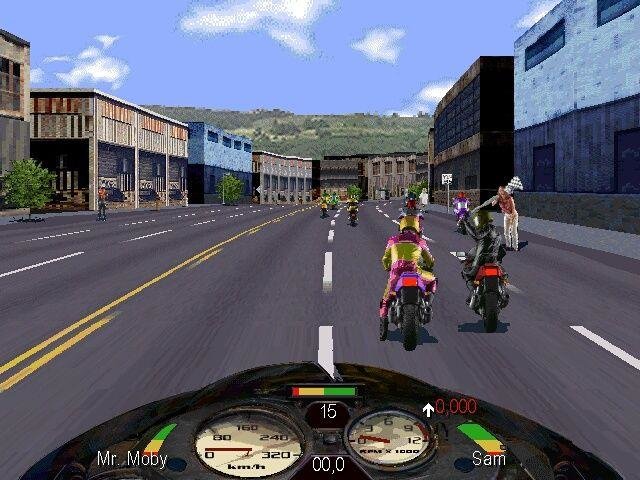 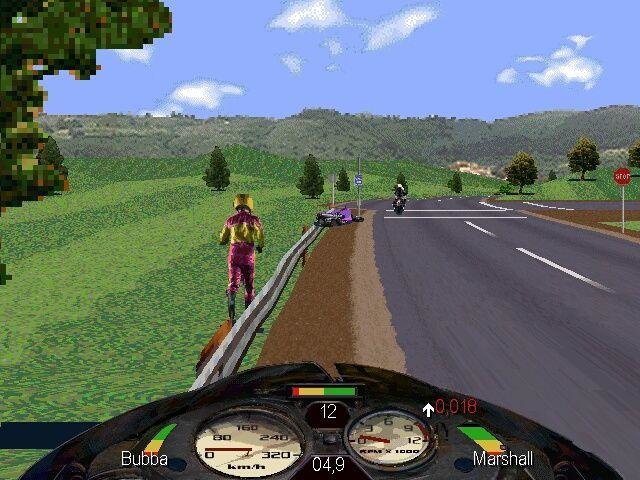 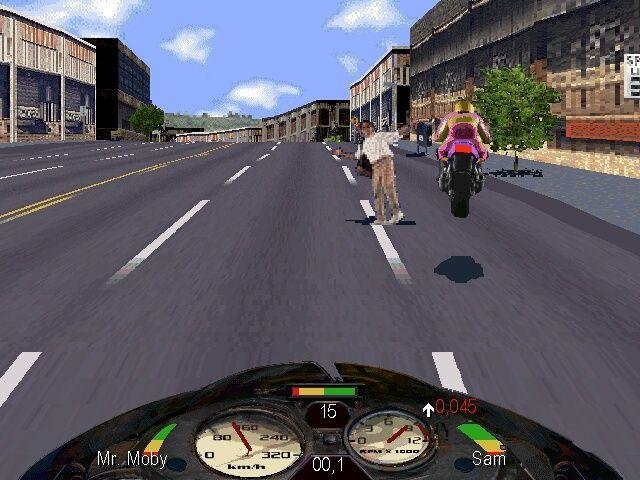 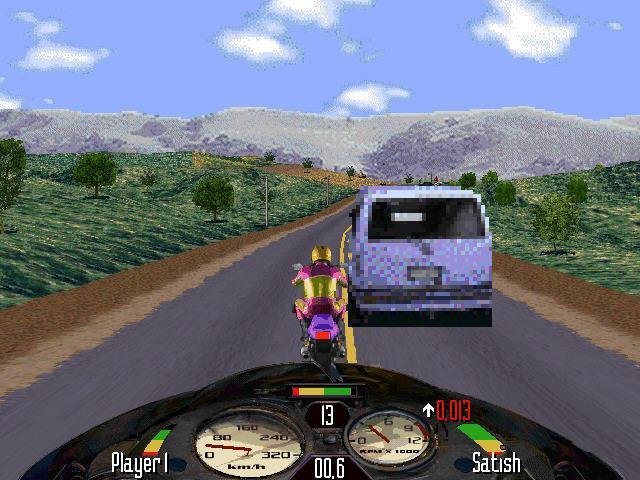 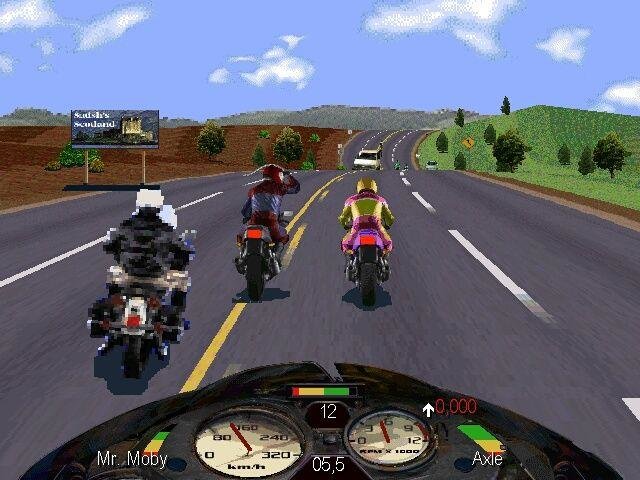 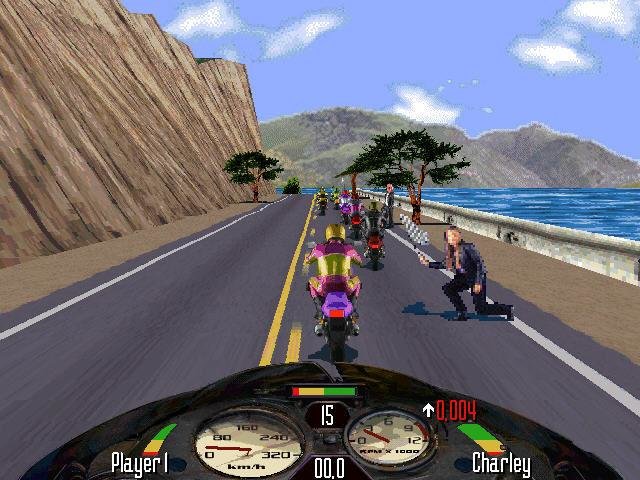 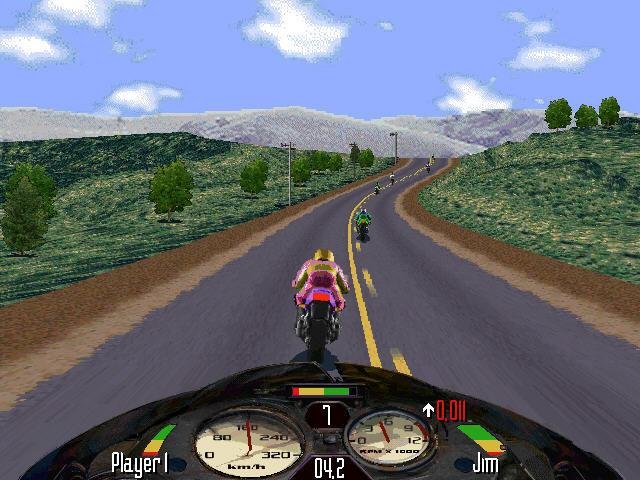 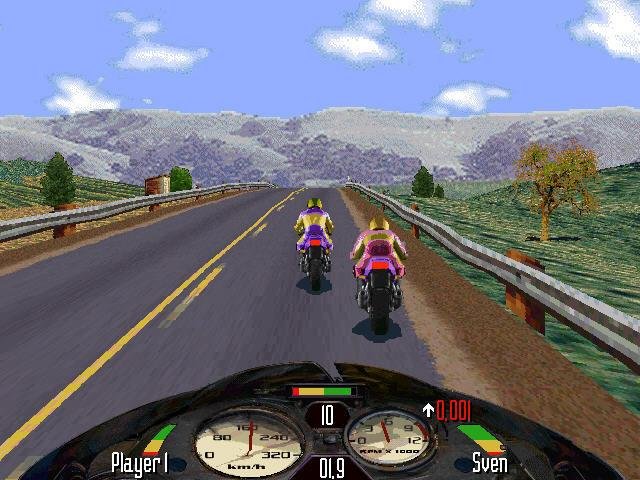