Leave your pen and paper behind.

In my mind, White Wolf’s legendary Vampire The Masquerade series of pen and paper role-playing games represent the epitome of vampiric lore. It’s a dark, clever, intricately woven universe pushing the story behind Nihilistic’s computer rendition of VTM, but can the transfer from paper to computer code do its source material justice? You’ll be able to recruit three other vampires.

The greatest allure of Vampire’s universe is that you get to play as the monster, clutching on to your final shreds of humanity while simultaneously skulking the city streets in search of fresh blood to feed on each night. You are immortal, in that you can’t die of old age, but sustain enough cuts and bruises or catch a glimpse of the rising sun and you’ll be reduced to ashes before you know it. And on top of that you have to navigate the perilous gauntlet of vampiric politics – dealing with local princes who are suspicious of your motives, hungry for power and paranoid of betrayal. The setting is most definitely an intriguing one.

VTM: Redemption interestingly lets you live your character’s transformation from mortal human to undying creature of darkness. You begin the game as Christof Romuald, a battle-hardened Frenchman from the village of St. Claire, now a holy crusader of the Order of the Swordbrethren. Severely wounded in a ferocious battle, you are taken to a convent in Prague while your brothers travel on, where you’re nursed back to health by the lovely Sister Anezka (whose love interest will provide Chritof’s woes for the rest of the story). You find the medieval city of Prague is in dire need of a hero, having the local silver mines infested with all manner of demon-spawn. A local clan of vampires, impressed by Cristof’s deeds, have targeted him for induction into their ranks (in Vampire terms, you get “embraced”), and that’s when the game starts getting interesting.

By allowing you to play a regular mortal for a while, the game gives you a good feel for how different it is to be Kindred (a vampire). Aside from the mines, much of the first (human) part of the game takes place in sunlight. After Christof is embraced, you wonâ€™t see the sun again for quite some time. Christof is appalled at his transformation, of course, and spends much of the first half of the game trying to come to grips with his curse. Being a vampire is a learning experience, both for Christof and the player. The first act follows Christof’s exploits in medieval Prague and Vienna, as he searches for his love Anezka. One of the most surprising transformations takes place around halfway into the game, when – spoiler alert – Christof gets thrown into suspended animation (in Vampire terms, “torpor”) and wakes up in London circa 1999. This is actually a very cool departure from the medieval castles and dungeons from the first half of the game, as all of a sudden you trade swords and shields for Glocks and Kevlar, and jaunty medieval tunes for techno music.

While not quite up to the better material for the pen and paper Vampire game, the premise and story are more original and more interesting than you would find for other action role-playing games. In this regard it’s a fairly nice workmanlike role-playing game, largely in the same vein as Icewind Dale or a more meaty version of Dungeon Siege – you receive quests, beef up your characters (of which you can control up to four at any given time), raid dungeons, find crap, return to town and sell excess crap for gold, and so on and so forth. This is in stark contrast with the pen and paper game, which dabbles a lot more in social interaction and politics, while the PC version is centered on combat.

It Wants To Suck

There are plenty of things to like in Vampire, but unfortunately there are a few significant problems as well. The camera isn’t always on your side, and the pathfinding has its own set of problems with characters sometimes getting stuck in the environment or each other. The savegame system is very console-like, requiring that you visit a safe haven, but periodical auto-saves ensure you won’t repeat large parts of the game should you fail. Later you will likely learn a discipline called Walk the Abyss (think Diablo’s Town Portal), which lets you jaunt back to your haven and save at any time. Jumping between characters is an easy affair.

On the multiplayer side we get an unusual Storyteller mode, which lets the host create simple scenarios with monsters and items, but no means to actually script quests. The interface also does not allow you to script conversations, so if you want your NPCs to say anything, you have to possess them and type what you want them to say on the fly.

So is Vampire: The Masquerade â€” Redemption a Renaissance for computer RPGs? The solo game probably isn’t. While entertaining enough, it’s little more than a cool hack-and-slash adventure with a unique premise. That could be enough. 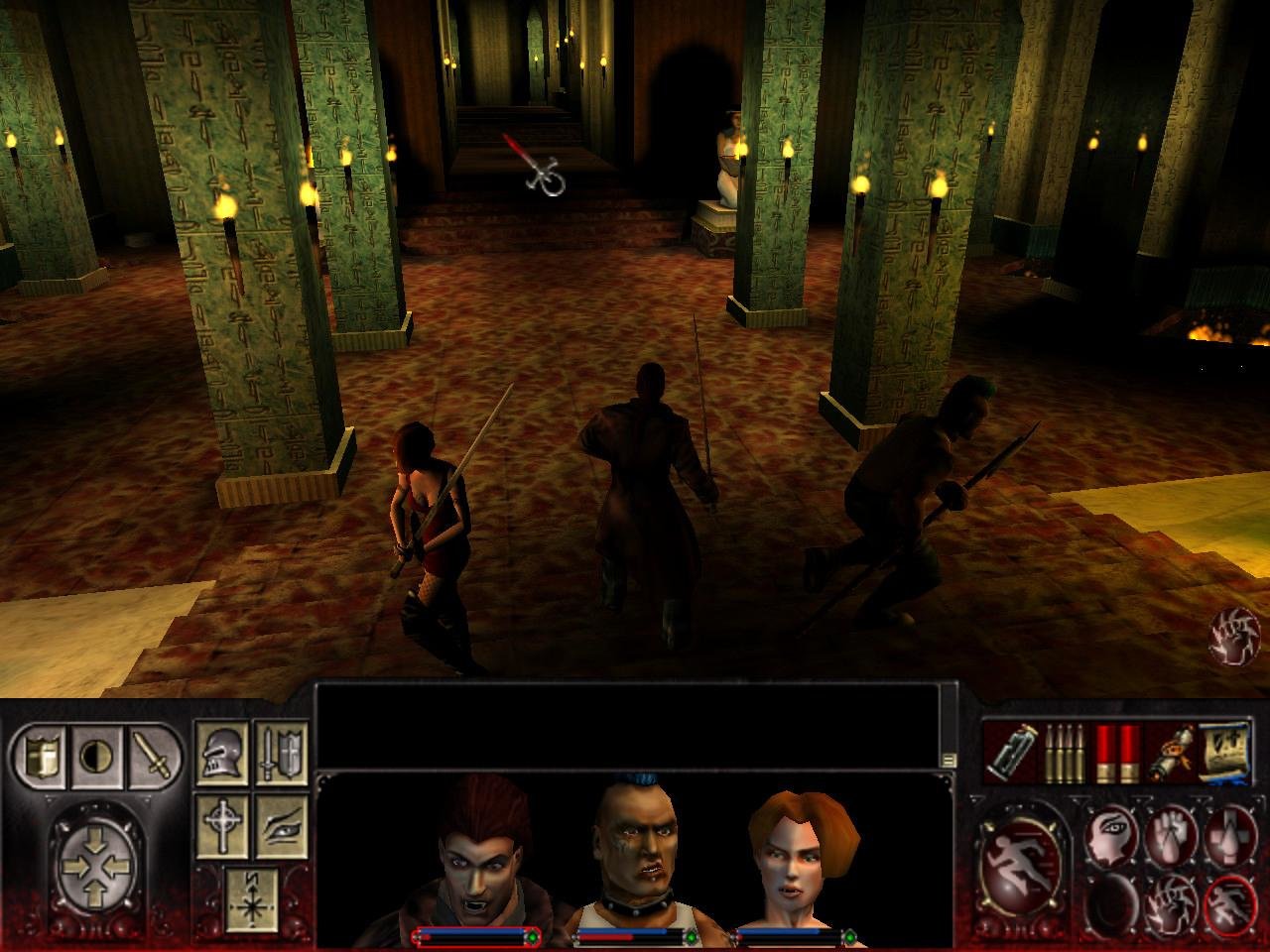