As a sequel to Streets of LA, True Crime: New York City has the same gritty feel, gunplay and violent fun that was common in the first game. That first game was, to its credit, less than ideal, with some wonky gunfights and hand to hand combat, much of it a heritage of its console-to-pc porting. The basic story follows Marcus Reed, a thug turned cop out to clean the lowly streets of New York. There are several things to enjoy in True Crime: New York City. First off, the rendering of New York City is incredible. A lot of detail and painstaking care went into making every street and alley look authentic. From Times Square to the depths of Harlem, everything is close to reality. Another point for True Crime: the voice acting. They have spared no expense to obtain talent, Laurence Fishburne, Christopher Walken and many others top the list of grade-A voice acting for this game’s gritty plot. Sound effects are crisp and believable for the most part, and the soundtrack is great too.

The plot, in case you’re wondering, is you taking the role of Marcus Reed, a down and dirty gangster thug who has embraced the straight and narrow and become a police officer. Although he can still fight and play dirty, he’s out to solve a few mysteries and clean up the town. This is mostly achieved by driving around (or by subway, or walking, but, unlike the real NYC, driving is preferable) and catching calls on the radio for random crimes. There is an interesting amount of variety in the crimes, but you soon reach the end of the cycle and bust your 34th counterfeit syndicate and your 23rd serial rapist and the regular missions soon get old.

There is a larger plot to follow in this sandbox game, however, and it is slightly more interesting. You follow a series of clues and leads to interrogate increasingly more important thugs, eventually leading you to a mole inside the precinct. Ultimately, it’s a cop drama done to death in so many TV shows, but far graver problems present themselves that have nothing to do with the plot. As a PC game, New York City still suffers form the same console conventions that plagued the first game, specifically when it comes to the controls. It is possible to get used to the keyboard layout, but it’s far too much trouble than it should be. After adjusting, I had to wrestle with the floaty driving physics. Nothing handled as I expected, the cars were sloppy – sometimes you lightly skidded off the front end of a fire truck, other times being brushed by a motorcycle had you recoiling and turning. Collision detection be damned.

The fighting system was convoluted as well, with a light attack, a heavy attack, a grab attack that was also the way to frisk people, which is also the button to arrest people, plus the buttons to put away your gun, pull it back out, fire a warning shot, flash your badge, tackle someone, all while trying to keep the camera centered behind you. And while you can engage in the usual GTA-esque activities like driving around, attempting side missions or wreaking some random mayhem, the AI here seems to be too incompetent to keep track of you. Not once did I go on a random rampage, to see what will happen, only for the cops to lose my psychotic scent quite easily despite going on a shooting spree. Where GTA seemed quite bent on throwing the kitchen sink when you went postal, here the law is a lot more lenient.

And one must not forget the large number of bugs pestering this game. Some will make you clip through walls or the ground, others glitch out textures, and yet more that completely break the scripting of an entire mission. In short, there are many issues in the game, but even if it were competently programmed, it would still be a pretty conventional console crime shooter. It’s got some good parts, particularily in its depiction of NYC, but as a game it’s notably bland. 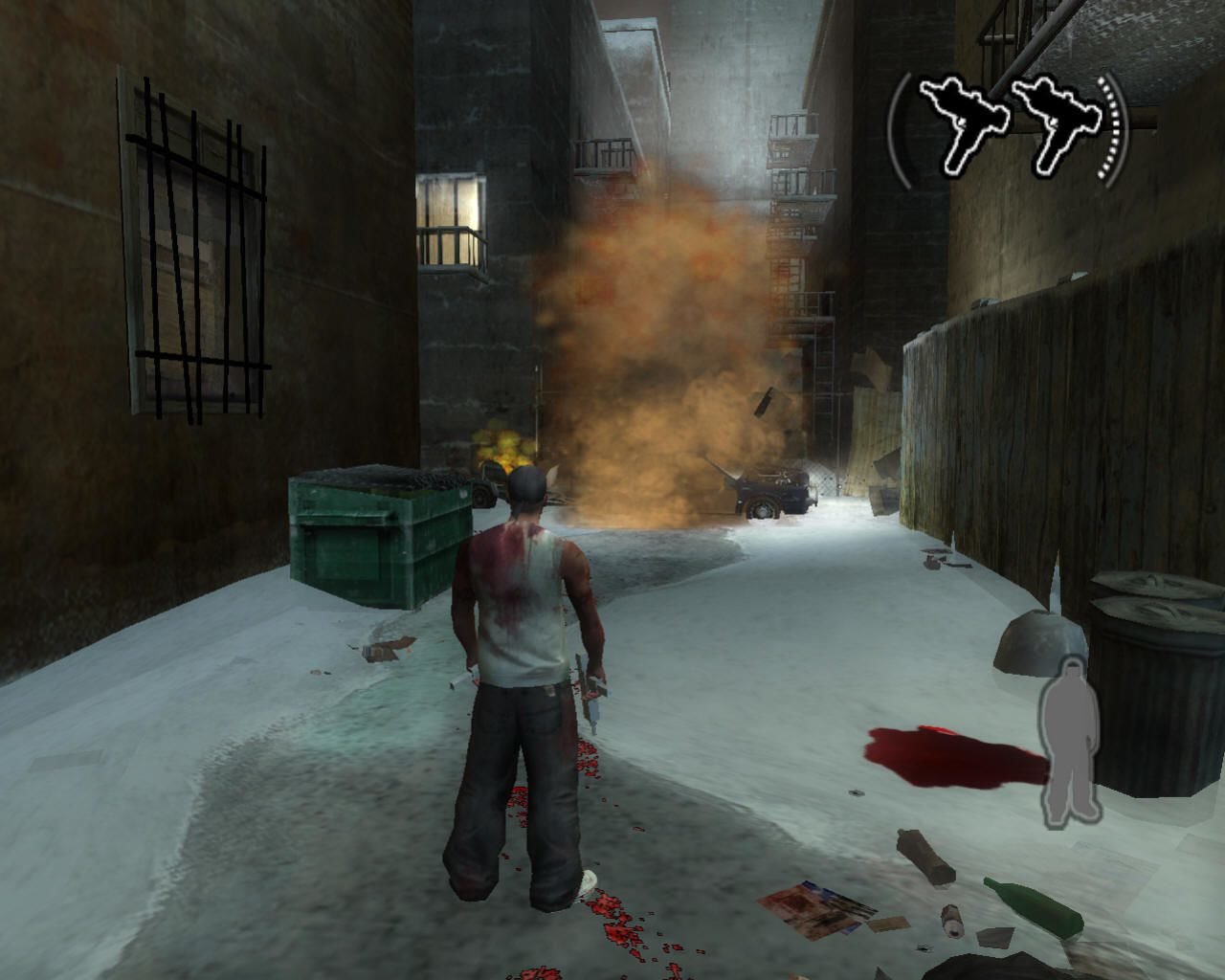