One of the best classic wargames out there.

Panzer General’s designers drew their expertise not only from wargames, but also tabletop role-playing games, skillfully merging high points from both traditions into a cohesive, appealing whole. All significant World War II units from all sides and types – be it land, air or sea – are represented here. You start your career in 1939, begin with a number of core units which become, in effect, your private army. As battles rage they become more experienced and advance in rank. This RPG aspect is powered by a system of prestige points, which may be used to outfit your army with more powerful equipment. Tactical awareness, low casualties and victories earn you more prestige points, so it’s quite possible to command an elite force of some of the best units available at the time if you can amass enough triumphs under your command.

Evolving campaigns take their own paths, essentially letting you yourself change history. If you conquer North Africa, for example, the Allies may never invade Italy. And if you’re successful in Operation Sealion (the proposed invasion of the Britain), D-Day simply won’t happen. If you fail on the other hand, you might find yourself defending Berlin as early as 1943. While the heart of the game lies in its campaign mode, it also offers an astonishing array of individual battles, affording the utmost variety of terrains and technologies. Included are such theaters of operation as Crete, Norway, the Balkans, Sevastapol, Kiev, Budapest and the hypothetical invasion of England by Germany.

Strategic maps show the entire area of operations, with objectives highlighted. Tactical maps are hex-based, but the scale of the hexes varies from scenario to scenario. Only one unit, plus air support, may occupy a hex at any one time. Each round of fighting uses up strength and supplies, or weakens fortifications if you’re on the defensive. You must withdraw a unit from contact in order to fully reinforce or resupply it – tanks with no gas don’t move, guns with no shells can’t shot, and planes that loiter too long from their bases go missing.

All of the details are handled through several rows of menu buttons. Click to move, click to attack, click to resupply. It’s easy for wargaming enthusiasts, not quite for the real-time crowd. Panzer General isn’t an easy game, but it rewards boldness and initiative to those who know what they’re doing. The time constraints on some operation are very demanding, and grinding battles of attrition are to be avoided – call it the anti-RTS in this regard, where it’s almost all attrition.

Panzer General is an almost forgotten legend on the computer wargaming scene. It did much to popularize this avenue of tabeltop gaming on the PC back in the 90s, and as such deserves its status as a great gaming classic. 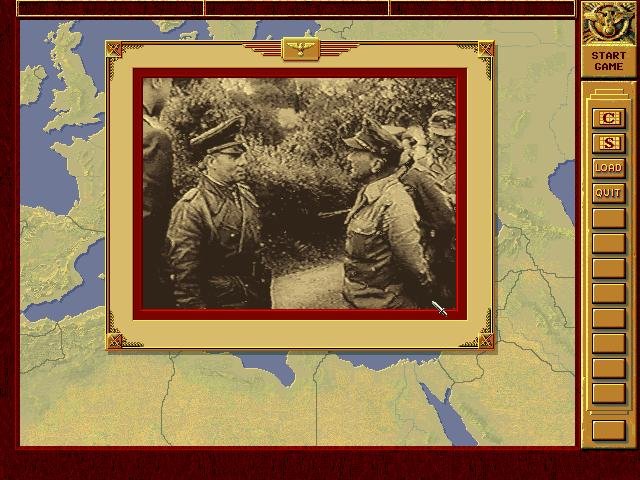 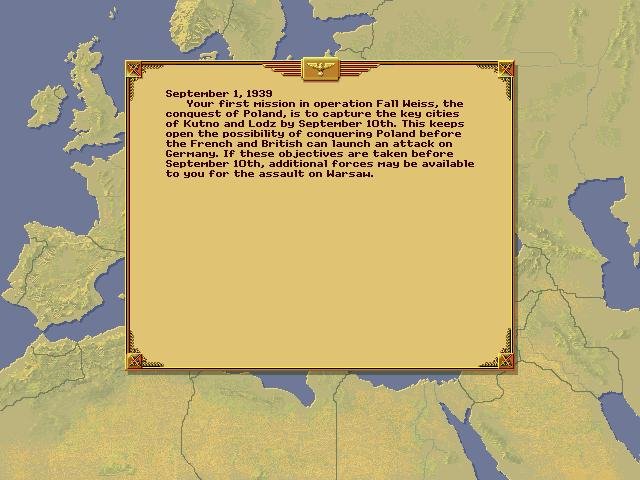 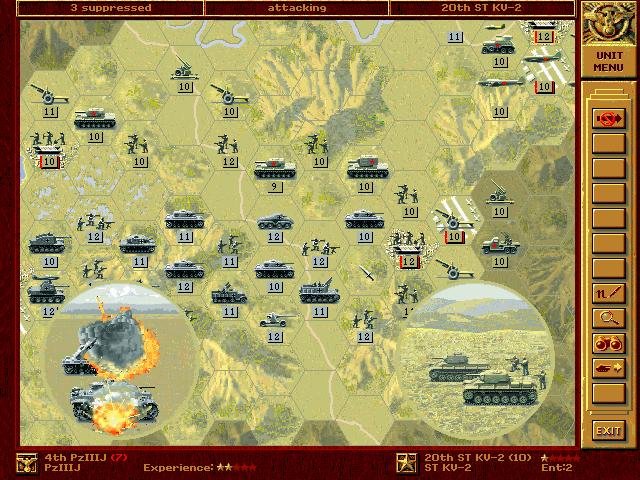 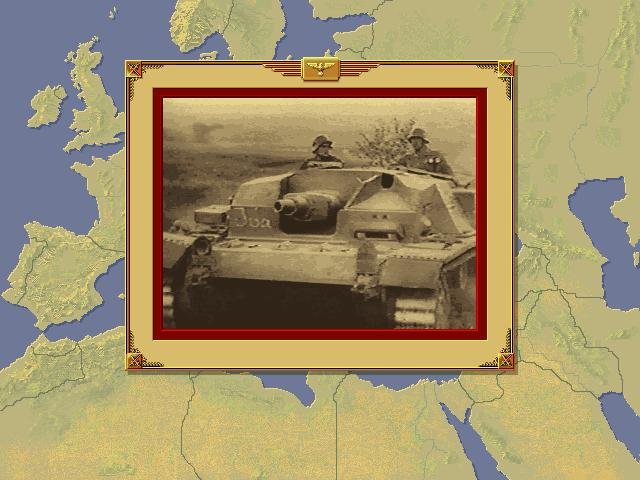