When the Empire of Japan went to war with the forces of the United States, Great Britain, and their allies in December of 1941, it was clear that the Japanese were being ambitious. Their gamble failed, and they lost. And that pretty much sums up Bukaâ€™s Pacific Storm as well. Itâ€™s truly ambitious, but it tries to do too much at the same time. Furthermore, it doesnâ€™t do anything particularly well in the long run.

Pacific Storm lets you command fleets of ships in real-time battles, direct your forces in a grand strategic campaign, and even man the guns in a bomber run over the Japanese home islands. Individually, each of these elements has the makings of a good game, and thatâ€™s what Pacific Storm is at heart: a couple of good games jammed together. The problem is that none of the individual games is covered with enough detail.

This is noticeable in the plain graphics of the tactical mode, where the color palette consists of various shades of blue, and the ships have the look of models in a pond rather than on the high seas. The aircraft are much better, but you hardly ever see them enough to appreciate the details. Worse still, colored icons are provided to help you distinguish between friend and foe, but these just clutter the screen. Likewise, the strategic campaign requires that you build up your national infrastructure, but this is presented with only a bit more flair than the average Excel spreadsheet. Reading through the 200 page manual is unavoidable. Once the campaign does get rolling, you get a few indications that there may be a decent game (or three) lurking under all of these options and clashing styles of gameplay. Whether you want to play all of these in the same game remains a question that Pacific Storm is unable to answer. 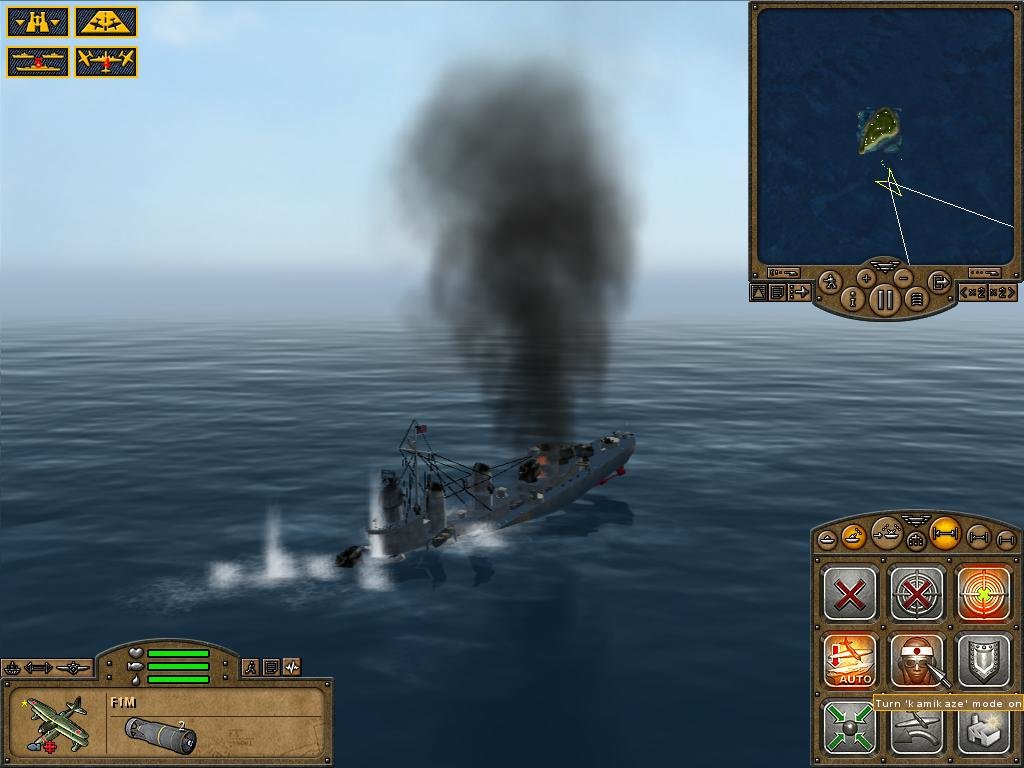