Underdark is an expansion to Neverwinter Nights that is created as an adventure for â€œepicâ€ characters, pitting level 15 characters against not mere Orcs but gods, devils, and chthonic horrors. A few critical design flaws chip away at the experience somewhat, the most damning of which was the decision to make the single-player component strictly, well… single-player. Due to the complex scripting in the campaign, you canâ€™t play through it with your pals in either LAN or online dungeon crawling sessions.

While a few may find this disappointing, fans of Baldurâ€™s Gate II and Planescape: Torment will not. The campaign in Hordes of the Underdark is one of BioWareâ€™s best and most engaging. As with Baldurâ€™s Gate II, the D&D world shines its brightest when the game writers get to play with the crazier stuff, especially the exotic Planes and the mysterious underground realm of the Underdark.

The plane-spanning plot is used as a great excuse to step the D&D 3rd Edition ruleset into the epic realm, since your foes are now extra-dimensional critters like Demons and Archons, as well as the only marginally more mundane Beholders and Dracoliches. (If you donâ€™t know what those are, be reassured that theyâ€™re very big and very satisfying to slay.) Some absolutely brilliant scripting brings these encounters to life, and adds to the complexity and cleverness of the dungeons. One particularly memorable trek has you shifting realms to snare an equipment-stealing mimic, and another finds you ensnared in a civil war between giant golems. Fans of Baldurâ€™s Gate II will love the over-the-top encounters in this expansion, which brings back the classic, tactical mage duels of the original. Itâ€™s not uncommon to be victimized by high-level spells cast by Drow Sorcerers and Demi-liches, and you have to pierce their many layers of protection to seize a difficult victory. Those same fans will also rejoice in being able to recruit a second henchman. Folks who conquered the glacially-paced original campaign will see several cameos from classic foes on their journey through the 8th tier of Hell in Chapter 3.

The expansion adds several new equipment models, including robes and dresses, as well as a load of new spells. Most exciting of all is the introduction of additional prestige classes, such as the Red Dragon Disciple and the Pale Master. Each can now gain â€œepicâ€ levels, which add obscenely powerful new bonuses, feats, and spells. Despite these overwhelming new abilities, the expansion is no cakewalk: you fight foes that are nearly gods, with the powers and cunning to match.

Capping off at around 25 hours, the expansion is well worth going through. Even more intriguing is the potential content created by fans. With the new, two henchmen system, epic levels, and smarter, more deadlier enemies, module creators can really exercise their imaginations and create memorable new experiences. That’s for the extremely dedicated – for everyone else who just wants more Neverwinter Nights, you can’t do much better than Underdark. 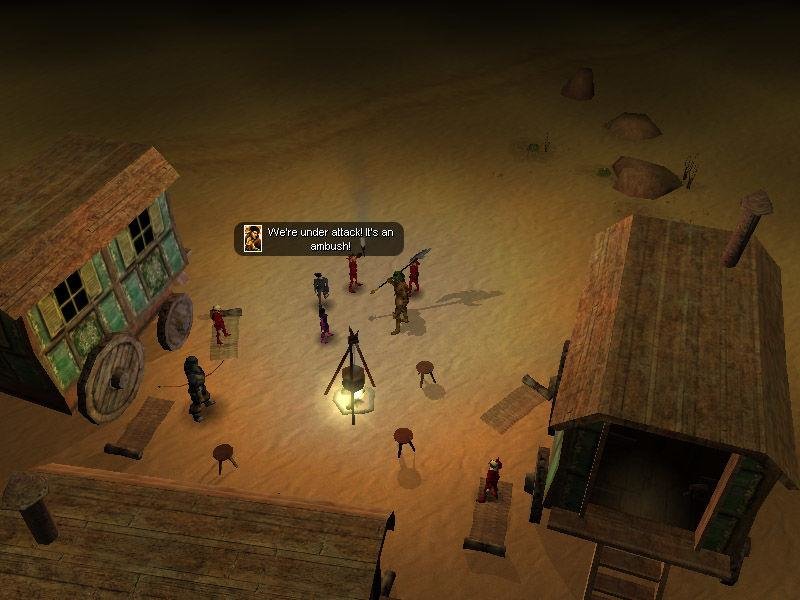