Though longer and more diverse, Breakthrough is an altogether much less appealing expansion set than Spearhead, running with a ‘more is better’ approach to gameplay. New levels abound in greater numbers, this being Breakthrough’s strongest asset, and all of them focus on the Allied push into Nazi-occupied Europe through its soft underbelly – North Africa, Sicily and the Italian peninsula. Overall level design is good, but not quite as polished or as impressive as the missions seen in Spearhead or Allied Assault. There are no massive charges that evoke a sense of awe, no daring parachute jumps in the face of roaring flak fire, no epic town assaults with your pals. Ultimately, there is not a single scene here that I found particularly inspiring. Levels alternate between fair detail and bland emptiness, with city streets that look incomplete, night raids that are too dark and friendly soldiers that drop faster than flies. There’s an omnipresent feel of hackneyed design and rushed work everywhere.

The game starts off with your deployment in Tunisia, with a first mission pitting you as a lone gunner against German trenches during a terribly obtrusive sand storm. The opening mission isn’t half as memorable as Spearhead’s cinematic D-Day drop, but later levels pick up more steam and get to show off the scripting better.

You’ll eventually be tasked with defending a column of tanks against overhead ambushes from German troops, dodging both bullets and your fellow Shermans who drive ahead with no concern for your safety. Then it’s off to free a detachment of British SAS soldiers, who ultimately get killed in a scripted event; then you must plant charges on garaged fighter planes in what must be the easiest stealth mission ever conceived. Interspersed are numerous rail-shooting sequences to keep the action going, most of them quite fun, and you’ll also get a chance to drive a tank yourself early on.

Breakthrough does at least attempt to brake free of the previous game’s geographical predictability, and the Italian soldiers and sights are a welcome diversion from the German Wehrmacht and destroyed Norman towns. Several weapons and manned guns have been kept from Spearhead, and a new Italian armory comprised of a Beretta handgun, Carcano rifle and Moschetto submachinegun are now available (along with several other weapons, including a portable anti-tank rifle and a mortar that’s impossible to aim).

Medal of Honor’s second and final expansion set will indeed offer several day’s worth of blowing stuff up, but it’s a technical mixed bag, laden with all the hallmarks of a game pushed out the door before it was ripe for shelves. Some areas resemble barren wastelands, as opposed to Allied Assault’s more brimming scenery, certain weapons are unbalanced and gameplay shifts between fun and tedious. 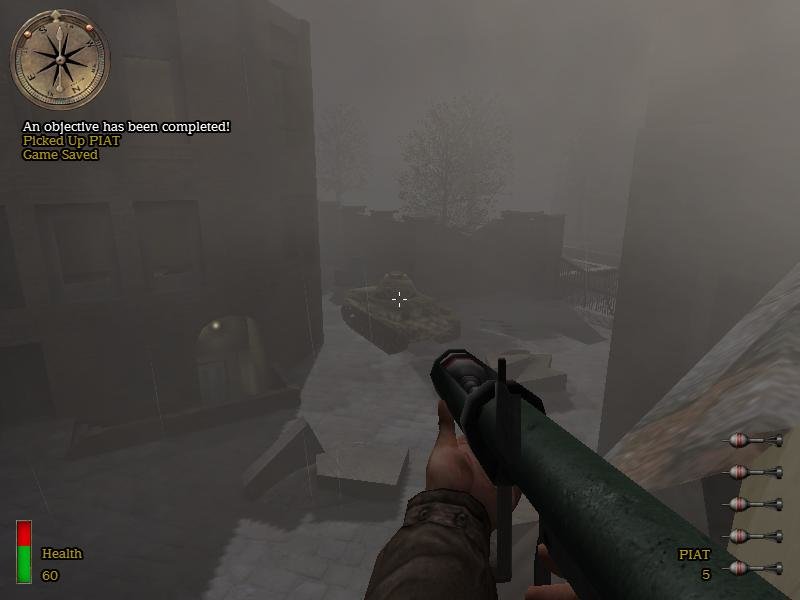