The little guy strikes back.

A game doesnâ€™t have to say Blizzard or Westwood on it to offer a compelling, creative strategy game. A case in point would Kohan: Immortal Sovereigns, TimeGate Studioâ€™s very first project, published by then relatively small publishing house, Strategy First. Conceived as a cross between real-time and turn-based strategy, Kohan brings many of the best elements of the two genres. Youâ€™re able to control, maintain, and build your empire in keeping with RTS conventions, but cities arenâ€™t just the usual jumble of buildings and peasants. Instead, each city is represented as a single on-screen building with an upgrade menu. The gameâ€™s resources are harvested and/or traded behind the scenes depending on the building upgrades you choose for a particular settlement. This frees up time for what Kohan Immortal Sovereigns is really all about: real-time tactical combat.

The action centers on the Kohans – immortal warrior heroes who have awakened to find themselves without any memory of their past. In the single-player campaign, youâ€™ll be on a quest to rediscover the Kohansâ€™ true nature and purpose in the world. 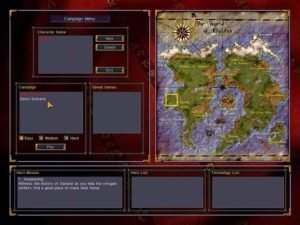 Whether in campaign or multiplayer mode, units in Kohan Immortal Sovereigns fight in companies, comprised of a Kohan or another leader-class character, three to four front-line troops, and two optional support troops. Though you have no direct control over the individual units in a company, you move them around as a group in one of several pre-defined formations. Each one unit impacts the groupâ€™s attack efficiency and movement speed differently. A good player will also want to be aware of his companiesâ€™ morale level and the type of terrain his units are fighting on.

Many units donâ€™t fight as well in the woods, for example. If a companyâ€™s morale is too low as a result of a recent loss, the entire group may flee to safe ground in the middle of a fight, and youâ€™ll be powerless to stop them. Thereâ€™s so much more going on in this game then in your typical RTS that itâ€™s impossible to cover it all..

Where it starts to lose some of its polish is in the mediocre voice acting and rather derivative WarCraft-like music. Also, the singleplayer campaign isnâ€™t paced as well as it should have been, and gets quite difficult a scant few missions in. Still, with all of its grand strategy elements, solid multiplayer and great value, Kohan: Immortal Sovereigns definitely shines bright. 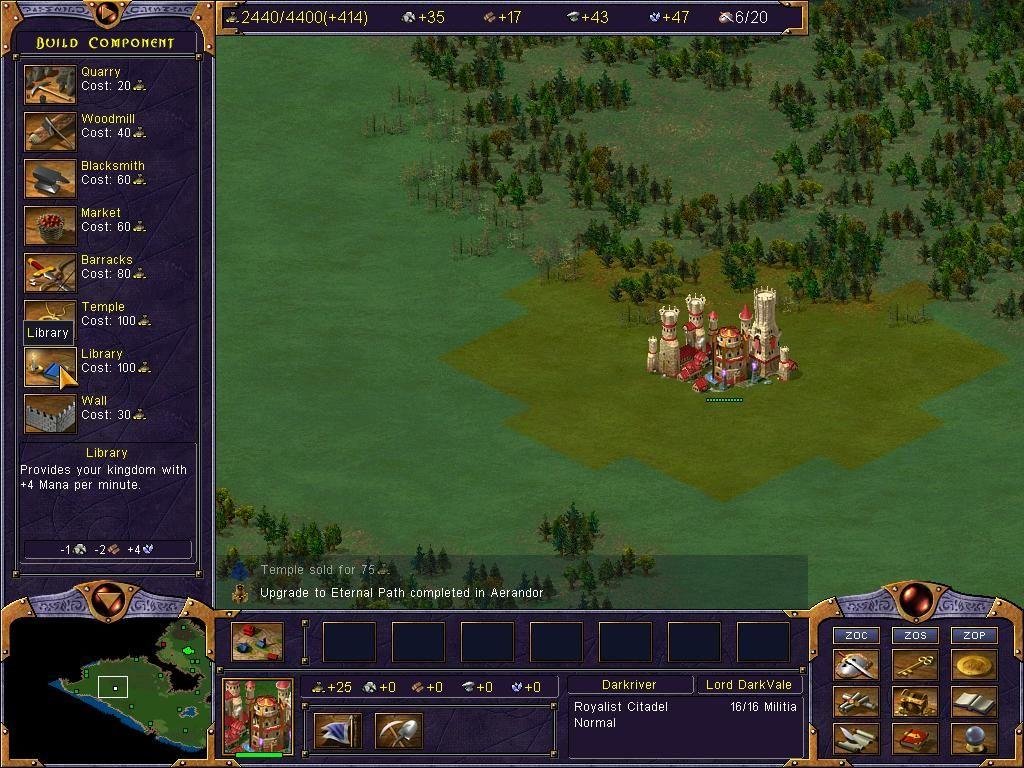 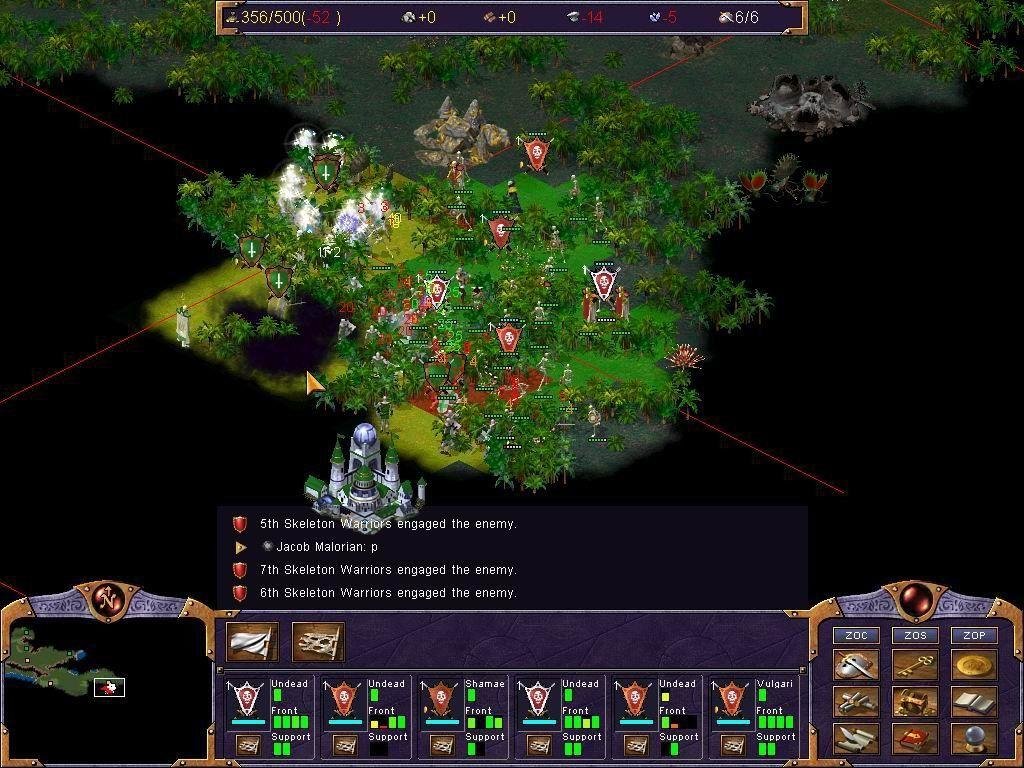 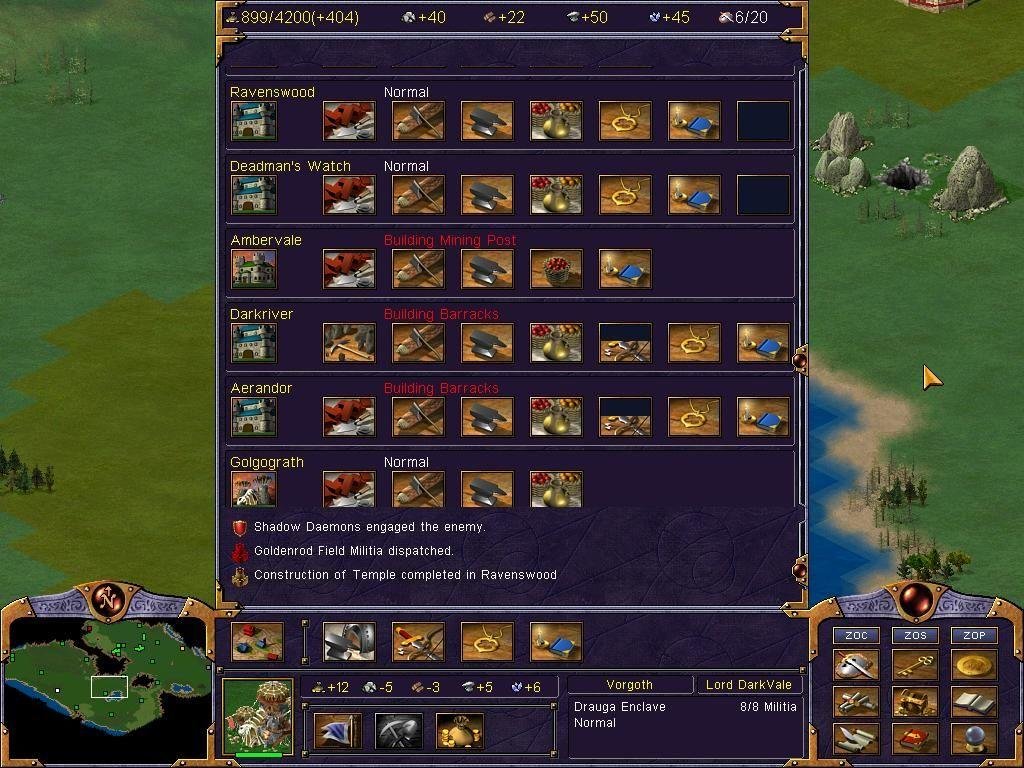 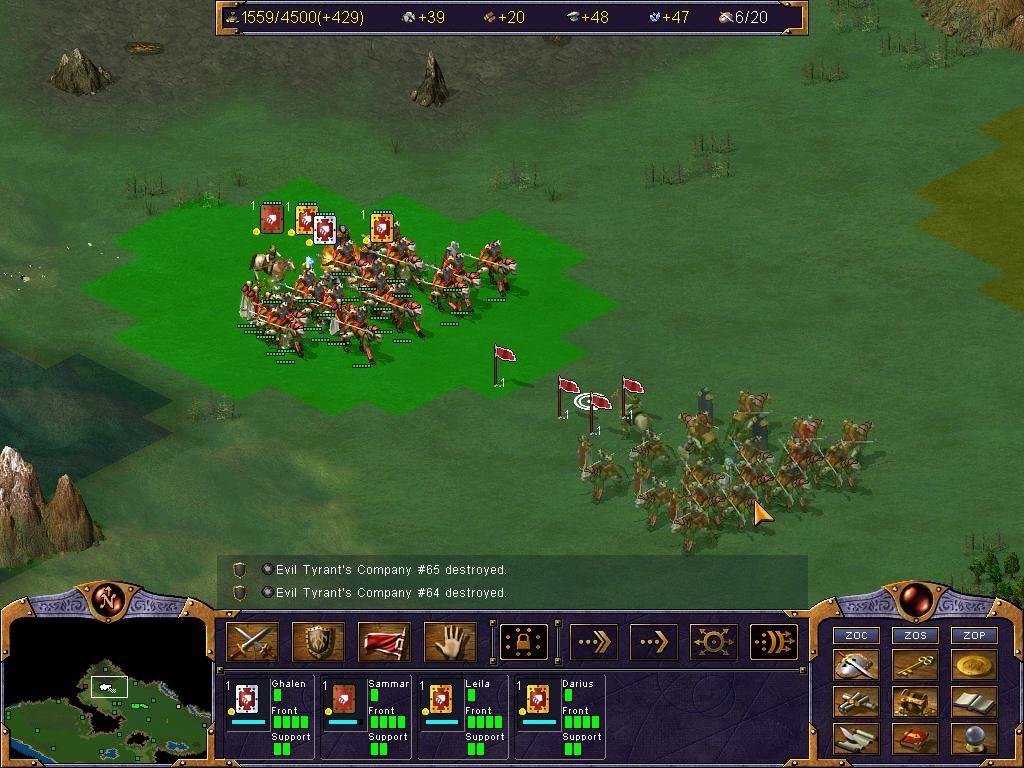 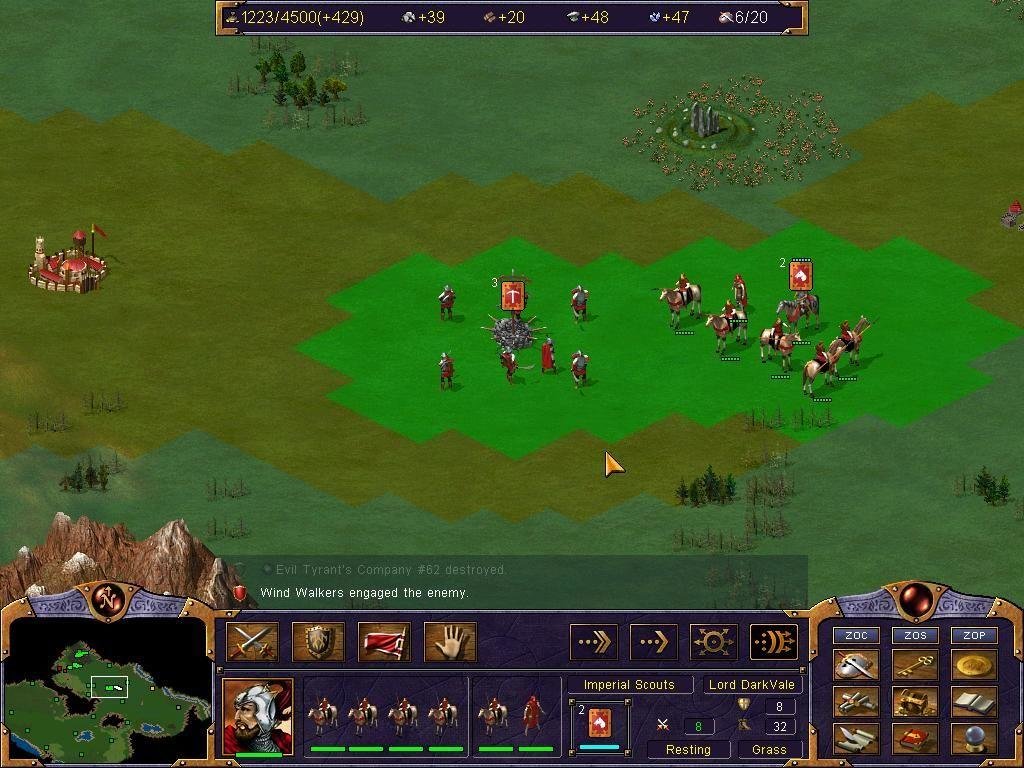 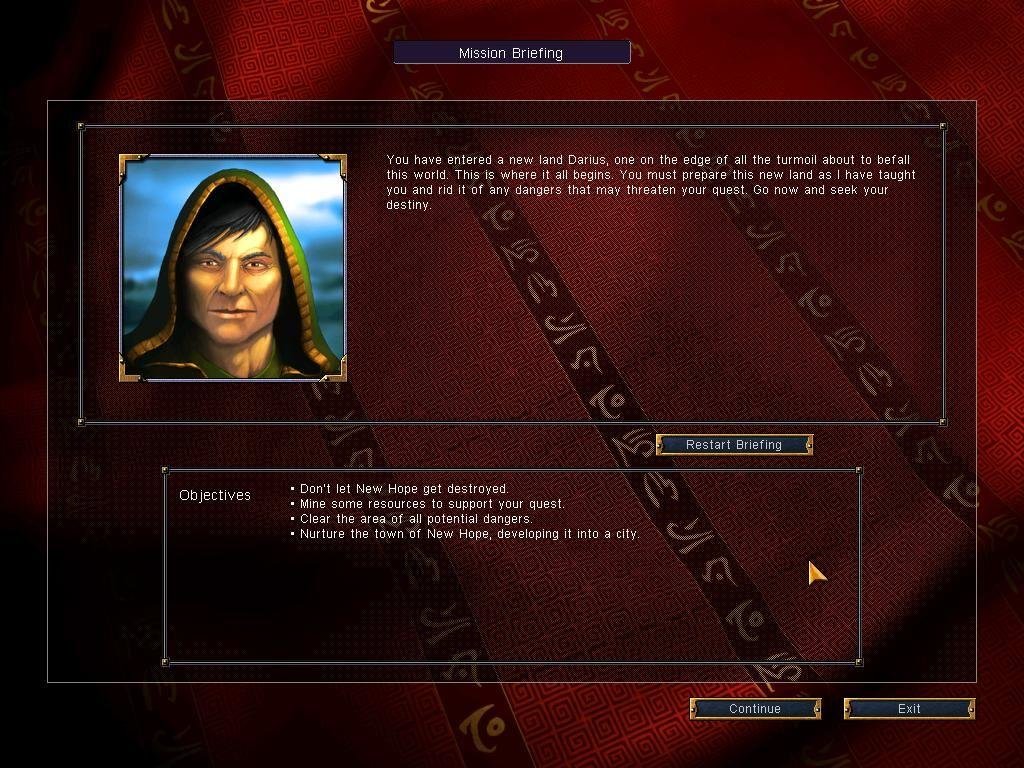 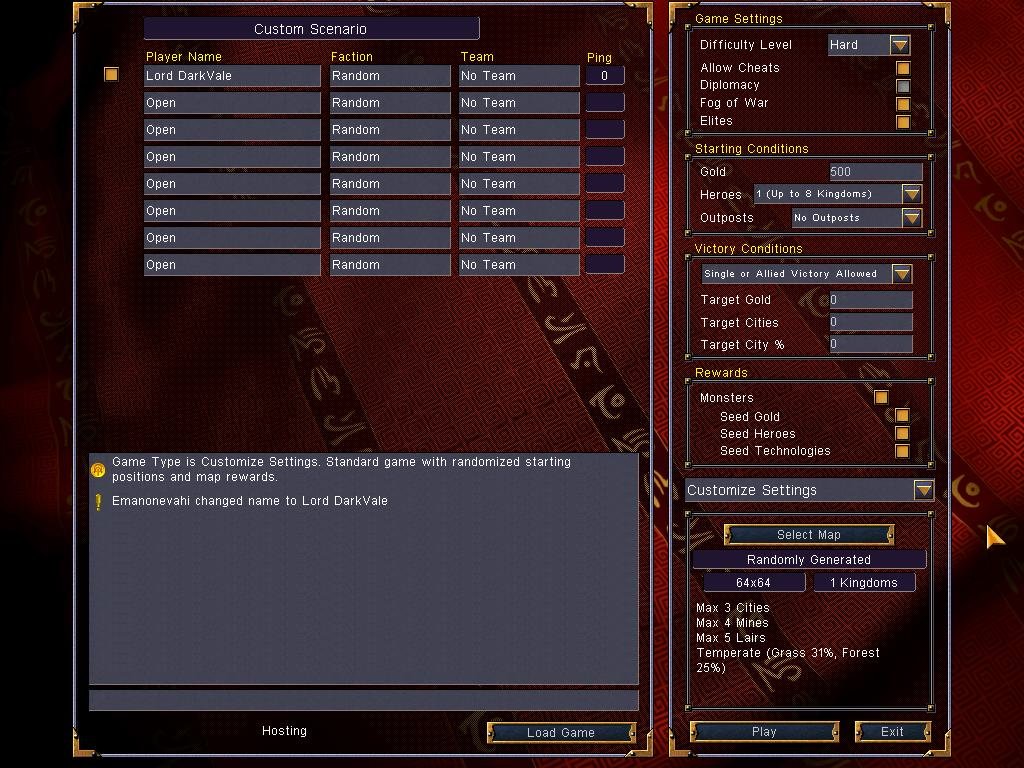 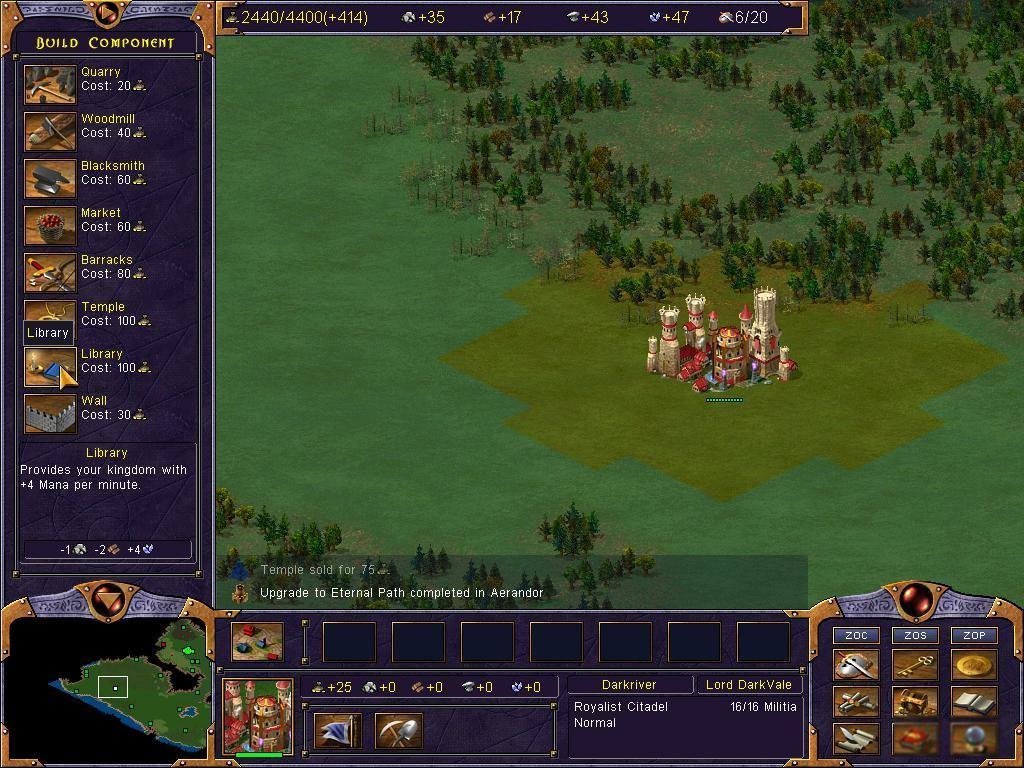