Kick Off 96 gives you the chance to take part in the European Championships in England 1996. Kick Off 96 can be played with several perspectives, including overhead and isometric, and offers the same pacey gameplay that made its predecessors famous. If Euro 96 isnÂ´t enough you could play with 49 international teams plus 750 club teams, totally 15.000 real players varied skill levels. If thatÂ´s still not enough you can also create your own leagues and teams. 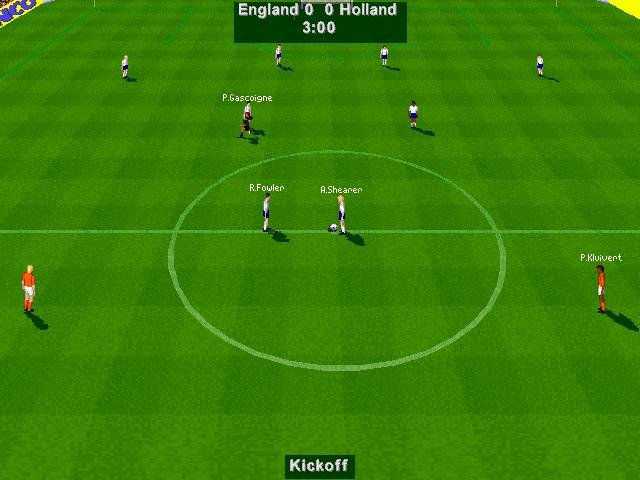