Solid level design and action, even if it’s over all too soon. 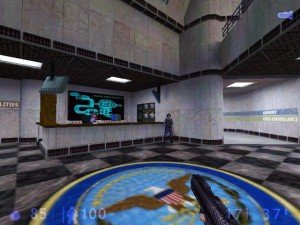 Here we have the third and final official expansion pack for Half-Life. On the surface, Blue Shift is a quality game in its own right – it doesn’t require the original Half-Life to run, the levels are well built and sport a good amount of detail, the scripting pushing the story is impressive and the game comes with an optional visual update called the High Definition Pack, which replaces some of the original weapons, sounds and character models with more detailed reproductions. What’s more, the High Definition Pack may be applied to both Half-Life and Opposing Force as well.

But scratch the surface and you’ll realize it’s barely half the game you’d want it to be, though you could excuse the general lack of content and short campaign span when you consider Blue Shift’s rocky development. It initially started out as exclusive bonus material for the Sega Dreamcast version of Half-Life. When the DC version didn’t materialize, most of what was already produced has been ported to the PC, and you have the end result right before you.

To its credit, it plays a whole lot like Opposing Force in most regards, even surpassing it in many areas, but suffers, as mentioned already, from a really short campaign, no new weapons or foes (not counting the change of models implicit to the HD Pack), absolutely no multiplayer capabilities and some questionable level design decisions (how many headcrabs must we hide behind every corner, guys?).

The story, as you might have guessed, follows the same timeline from the original Half-Life, but lets you experience the resonance cascade and subsequent alien outbreak as Black Mesa security guard Barney Calhoun. You’ll experience the ubiquitous tram ride through Black Mesa in the introduction, and continue through the routines of a normal day’s work as part of the underground facility’s security personnel. You’re at the service of the lab-coated eggheads during the whole ordeal, of course, and will initially find yourself answering a security call through the maintenance access under fluctuating power shortages caused by those Anomalous Materials guys and their silly experiments.

Things go to hell pretty fast, and you’ll eventually end up visiting several new sections of Black Mesa in a far-fetched bid to escape the facility. Your fight will take you through several maintenance access routes, a rail yard, an underground power station and the alien world itself. The story is a lot more consistent, and comes through very well thanks to the level scripting and voice work. We get a high-poly makeover, but no new guns. Seen here is an M16 skin replacing the MP5.

After saving a scientist from the military, your character must venture through several hotspots to fix an old teleportation unit which can beam you, and your fellow scientist friends, out of harm’s way. The action is occasionally interrupted by the odd puzzle, and I must say that Blue Shift has some of the more creative ones I’ve seen thus far in an official expansion. A few come off as blatantly illogical (pushing a barrel between two cut wires to complete a circuit) but most of the puzzles here are fun and efficient. There are, of course, tried-and-tested level design cliches aplenty. eg: an endless supply of crates, never-ending crawls through air vents, headcrabs waiting behind every corner…

Even so, it’s still a shame the game ends so soon. The range of aliens and weapons is slim indeed, not even encompassing the complete arsenal or plethora of enemies featured from the first game (and absolutely nothing from Opposing Force). The fights become predictable, and the final battle, while tense, falls short of an epic, conclusive struggle. Blue Shift is a fun dash through Black Mesa, but not nearly as long or as consistent as we’d have liked. 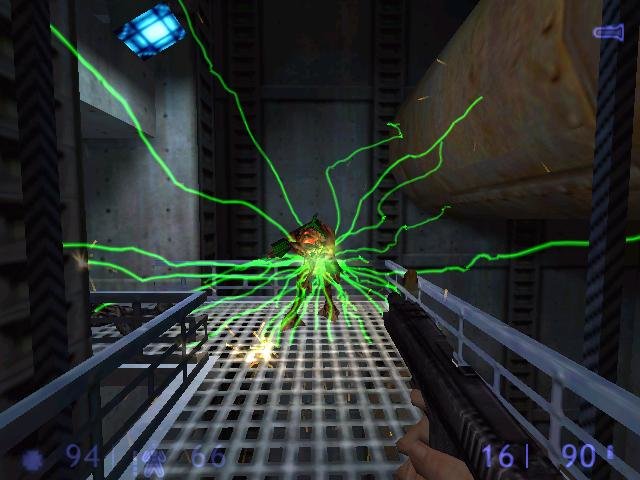 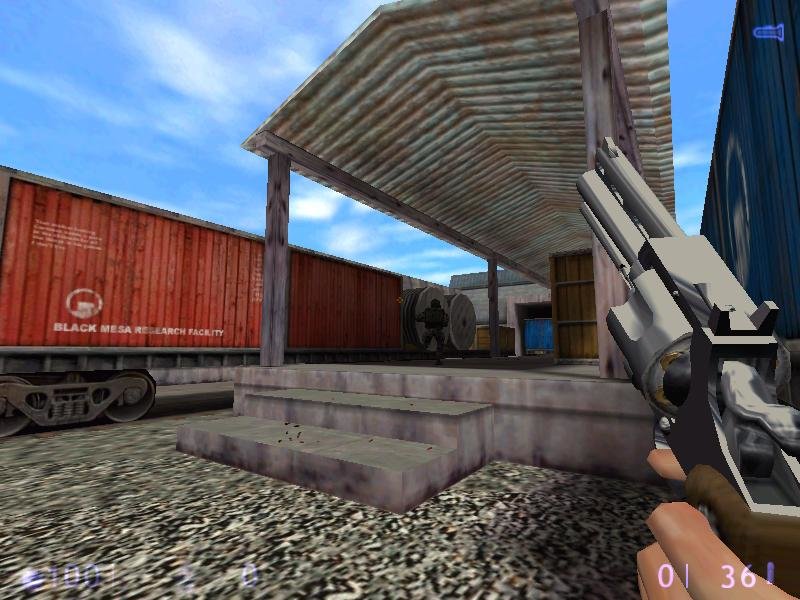 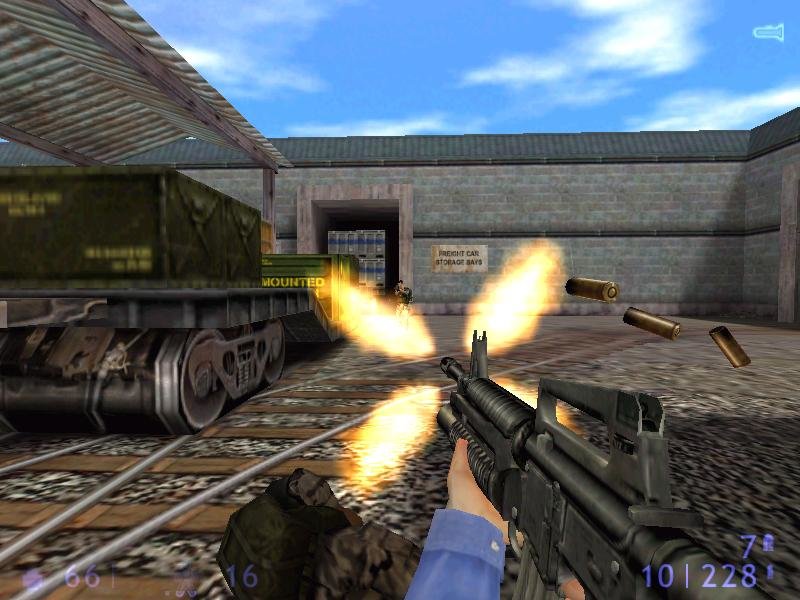