Hovering somewhere in between a strategy and puzzle game, Gruntz has enough quirkiness and novelty in its presentation to warrant a look. You control funny little plastic-like characters called Gruntz, and your job is to navigate them through puzzle-laden levels and find the Warpstone hidden somewhere within each level. Along the way you’ll find tools and toys that your gruntz can use to get around solving puzzles and defeating unfriendly gruntz blocking your path. Gauntlets smash up rocks, shovels can cover up bottomless pits, volley balls distract other grunts. Alternatively, you could just whack them with clubs if you’re feeling less charitable. Even stranger doohickeys include straws to suck up the plastic innards of dead gruntz. Recycle enough plastic goo and you may ‘bake’ a new grunt to do your bidding.

Four well crafted-tutorial maps ease you in on the game’s nuts and bolts. You’ll quickly learn that both the starter levels and campaign missions thereafter are linear to the extreme, and, more so, the game doesn’t announce when you’ve done something to screw up level progression. It’s also incredibly easy to screw yourself over – lose one grunt, or even pick up items in the wrong order and a level restart is almost a certain requirement. You can save anytime, thankfully, avoiding countless hours or repetition when you make a wrong move.

Overall the game is pretty clever and well presented, and it even includes a multiplayer mode. Neat sounds, lovely 2D art and thoughtful level design give Gruntz enough steam to linger on your hard drive. 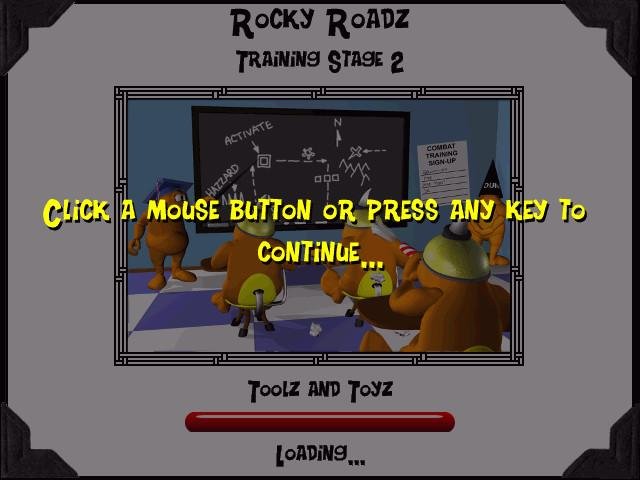