Psygnosis’ Formula 1 game tries to cater to both arcade and sim fans. 21 drivers are featured, including Schumacher.

As the sequel to the highly successful PlayStation game Formula 1, F1 ’97 (also known as ‘Formula 1 Championship Edition” in the US) is an official product of the FIA Formula One World Championship and includes all 11 teams and 21 drivers from the 1997 season, as well as 18 circuits. Designed by the British company Bizarre Creations for Psygnosis, F1 ’97 is part of a long-running series that tries to meld a more sim-centric approach to the racing genre with pure action driving. Psygnosis has had a consistent tendency to release these games in Europe before the United States and to release them for the PS before the PC.

The most notable feature of F1 ’97 is that it has two completely separate game modules for reflexive Arcade and realistic Grand Prix play. In Arcade mode you get to race to your heart’s content with no complicated settings and no concern about authenticity in driving, while Grand Prix attempts to get more gritty by upping the realism factor and allowing for broader vehicle customization options. Weather conditions play an important role in driving, and unlike racing games with fixed weather possibilities here the weather effects are dynamic and often unpredictable.

Similar to the real Formula 1 tracks, you cannot succeed in the series of races here unless you develop significant driving skills on the computer. If you simply try to floor the accelerator and carom off walls during turns, you can win in some of the easy tracks in arcade mode, but not much else. You actually need to learn some of the same skills as real race car drivers or you will find yourself losing again and again. Formula One ’97 is one of those products that tries to cater to both arcade and racing sim fans. UbiSoft’s F1 Racing Simulation has an extremely well done equivalent of Psygnosis’ F1 ’97’s Grand Prix mode, but it offers no equivalent of the fun Arcade option offered here. The game’s sim portion has its ups and downs but is altogether not that exciting (or at least it wasn’t for me), and in all modes it could have done better in both graphics and sound. But overall this isn’t a throwaway game by any stretch, it’s just that it can’t seem to do anything remarkably well and seems content in its fetching adequacy. 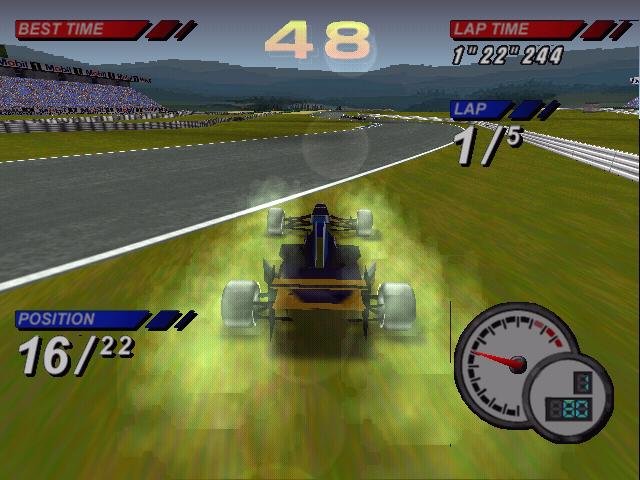 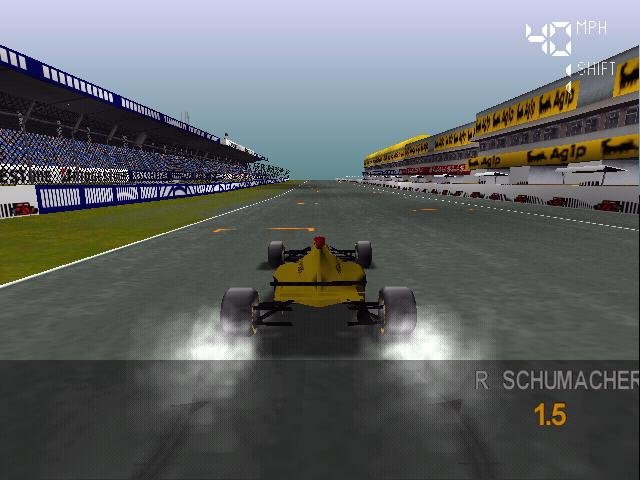