Considering that it showed up six months after the 60th anniversary of D-Day featuring box art that is as generic as possible, the expectations for D-Day are pretty low. Built on the same engine that powered the underwhelming Desert Rats vs. Afrika Korps, it seems destined to be lost in the never-ending wave of real-time strategy titles set in the chaotic times of World War 2. But if you can get past some annoying bugs and the rather brisk single-player campaigns, itâ€™s a surprisingly decent game.

With three full campaigns that chronicle the infamous actions of June 6, 1944, it focuses on a lot of different aspects of the Allied invasion of Normandy. You command waves of infantry as they hit the beaches, lead paratroopers as they drop in the pre-dawn hours, and even direct a few resistance fighters along the way. This ground has been pretty well covered by countless titles, so anyone looking for something new is bound to be out of luck. But there are more than 60 unit types to command, impressively detailed 3D graphics and loads of re-playability thanks to multiple difficulty settings, additional multiplayer maps, and even a map editor. The interface is

straightforward, and there are fewer command options than found in games like Sudden Strike or Close Combat. The developers have kept it simple, yet the game never feels overly simplistic. There are, however, some niggling issues. There are some bugs that may require you to replay some missions as they donâ€™t always recognize the completion of some objectives. Likewise, the AI could have used a bit more balancing in some of the missions. When you play D-Day on the easiest setting, you can blast away in firefights only to have enemy soldiers with their backs turned to you unaware of the combat yet on the harder settings, the enemy is Ã¼ber-human. The biggest annoyance, though, is that the single-player maps arenâ€™t available in multiplayer, which is a shame. On the plus side up to eight players can charge into WWII battles; while these maps are almost as bland as the box art, an easy to use map editor lets you create aspects of Normandy that the developers left out.

D-Day is by no means the definitive tactical WWII combat game, but it offers a fast-paced and solidly generalized overview of Overlord. 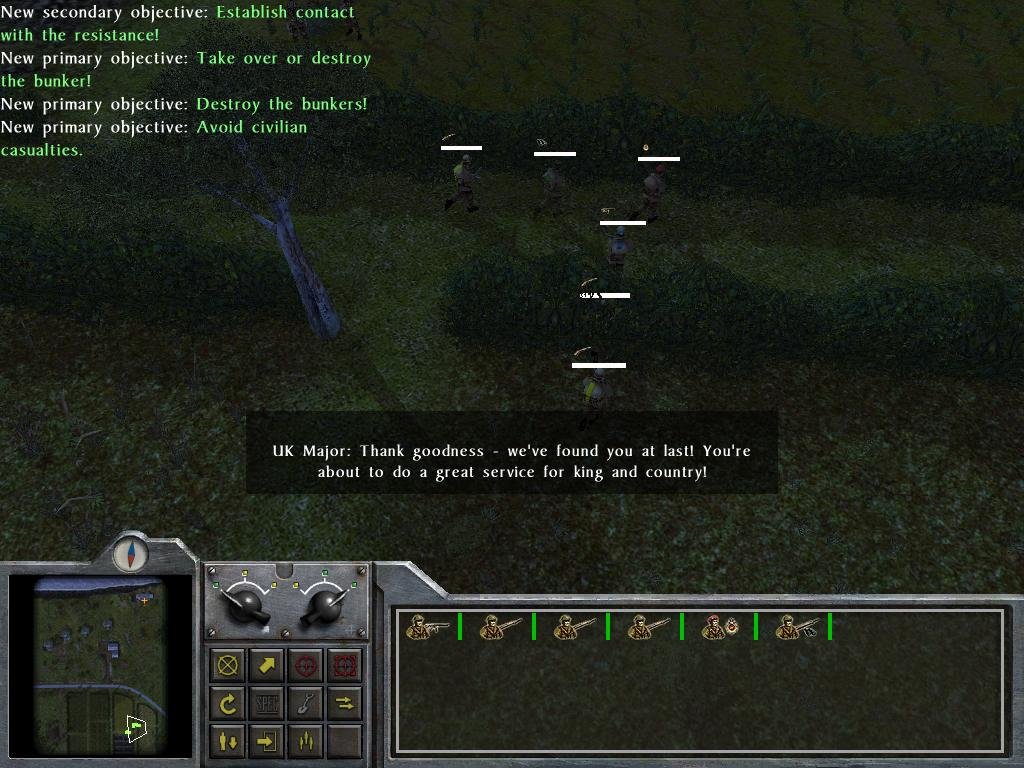