Civilization II Test of Time is a sort of expansion pack that grafts several features to Civ II while keeping the core gameplay intact. The improvements aren’t limited to the added campaigns, however. Changes start from very subtle details, such as the new menus and generally improved graphics. The maps have little tics of animation as fish jump out of the water and fire spits out of volcanoes. These details are nice, but they sometimes bog the game down and muddy up important information. Units’ graphics obscure the square immediately north of them. There’s a lot of detail in the maps and even the background textures on the interface, making units hard to identify or even spot. Sometimes it’s difficult to tell what square a unit is in, a deadly bit of sloppiness during wartime; this is not only a potentially fatal error, but it’s downright embarrassing to march right past a unit when you intended to attack it.

There are four game “modes” in Test of Time, each called a game: the Original Game, the Extended Game, the Fantasy Game, and the Sci Fi Game. But in scenarios, there are usually several pre-set cities and units, special rules, and scripted events. The Civ II Multiplayer Gold Edition shipped with over twenty scenarios, covering topics like World War II, the Roman Empire, etc. But Test of Time has only the one Midgard scenario.

Fortunately, Midgard is a good scenario, with quests that can be unlocked as the game progresses. The apparent complexity it introduces makes it feel like a whole new game. Midgard has an epic fantasy feel that has eluded strictly army-based games like the Heroes of Might & Magic or Warlords series. And if you manage to exhaust the Midgard scenario by playing through as each of the six races, the randomized fantasy games use the same conventions as Midgard, minus some of the more elaborate scripting.

Besides the fantasy setting, Test of Time also throws in a science fiction game. The premise of the sci-fi game is to divide the nations between human and alien sides, each with its own units and tech tree. It’s an interesting exercise in scenario design, but it feels random. The four worlds, which include an orbit level that looks like a Starcraft map, are indistinct collages of weird disjointed terrain. Without a more compelling hook for our imaginations, each unit is little more than a collection of stats under a goofy name. This is easily one of the worst Civilization II scenarios around, and should be avoided. Some of the changes in Test of Time are more inconsequential. There’s a new city screen that shows more terrain around your city and substitutes numbers and bar graphs for Civilization’s famous icons. What gamer hasn’t heard of production shields? Trade arrows are almost part of the vernacular. But for those of you more comfortable with pure math, the new screen plugs numbers in their place. The minimap can display a spinning globe instead of a flat map. Fancy? Yes. Useful? No. You can open an inset window on another part of the map. I’ve never used this, but hey, it’s there.

Were it not for the Midgard scenario, this game would sink into the same bog of mediocrity that haunted that other flawed Civ game: Call to Power. But where Call to Power was overly ambitious, Test of Time feels a tad derivative. 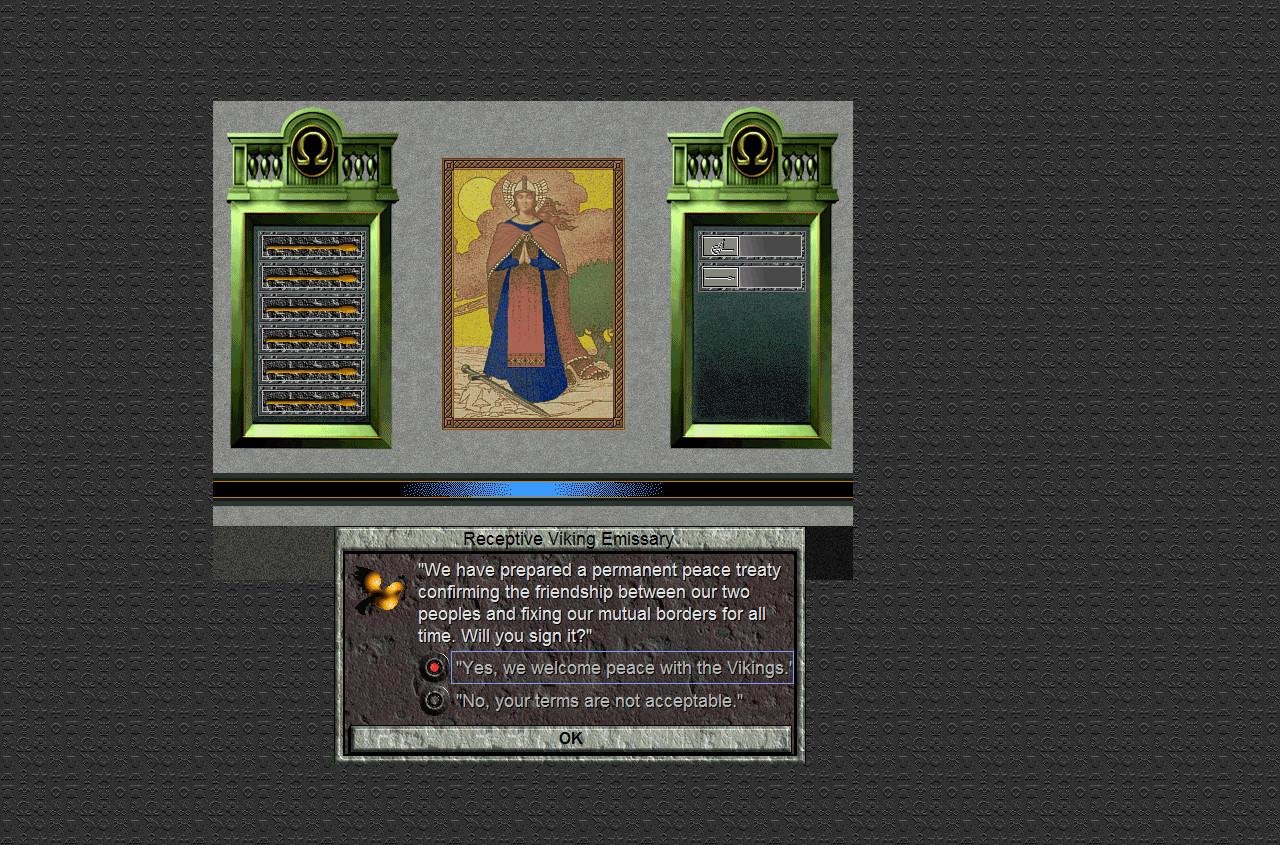