Battlezone 2 relies on a resource model to push the gameplay, but it’s not adequately explained in the manual. Understanding Bio-metal harvesting is the key to both base building and force management in Battlezone 2. We will learn model plus a lot of new things as we drudge along the game’s first exciting missions.

As before, remember to keep track of Bio-metal. The display at the bottom left of the screen indicates your supply of Bio-metal and the rate at which you’re gathering it. Among all the structures you have producing Bio-metal, only one source is actually generating Bio-metal at any given time. The colored bar behind the graph represents the currently active source. You can tell what type of source it is by the location of the supply mark. 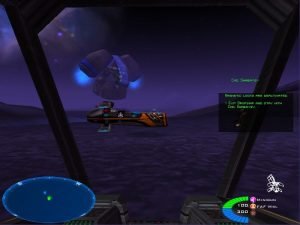 This means that you won’t be able to build some units without a certain number of Extractors. For instance, Walkers, which cost 100 Bio-metal, are impossible to build unless you have at least three Extractors in addition to your Recycler. The harvesting rate also means that you’re generating metal faster if you keep your supply low. The Recycler, which is excruciatingly slow, is always the last source for generating Bio-metal. So unless you’re saving up, spend it if you got it. You burn Bio-metal when you give a build order, so don’t wait to march a Constructor to its site before giving it orders.

Give it orders at its current location to use up the Bio-metal immediately, so your supply can be replenishing from the more productive Extractors while the Constructor is in transit. Keep a reserve of Service Pods on deck at your Recycler for quick repair jobs back at your base. When you’re on foot and you’re damaged or your special weapon runs out, stepping in and out of your vehicle will heal and resupply you instantly. 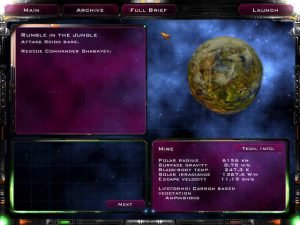 Sometimes when you kill a unit, the pilot will eject and keep plinking away at his target with a handheld weapon. These little buggers don’t show up on the radar and they’re hard to spot visually. You can hear their gunfire and see their tracers, however, so just drive over them to save ammo. Be careful of letting them run around because they will get into unoccupied vehicles; it’s a rude surprise to have a sniped Guardian suddenly start firing at you when you thought the area was secure. Although you can’t manage battle from the Relay Bunker (enemies don’t show up, even when they’re plainly visible to your forces), you can use nav beacons to manage forces remotely.

Always drop one at your Recycler early in the game; if you’re away from the base and it gets attacked, you can quickly send units to the beacon to shore up your defenses. Following are some mission specific strategies, based on playing through the game on the medium difficulty setting with Activision’s beta patch 1.01b.

This Is Not a Drill

Just follow Shabayev’s instructions on this mission. There are plenty of health and ammo powerups around, so go crazy with your weapons. Before entering the Communication Station, take time to poke around and get used to the vehicle’s floaty movement. Note that there are two entrances to Station; one is a dead end and the other takes you to Mason, who advances the mission. Next you’ll have to go help Red 1 kill a single unit and then escort a Service Truck, which will be attacked by a single unit.

You have to find a base, which is no problem since Shabayev is holding your hand. Just tag along with her. You’ll have a Service Truck in tow throughout this mission. You’ll have to do all the work when Shabayev is in the Constructor, so be sure to let the Truck fully charge your armor and ammo between attack waves.

This is like a puzzle mission, because it’s nearly impossible to finish without a) switching to another vehicle and b) concentrating on non-combat units in battle. When you enter the tunnel, turn left at the intersection to find the enemy Hauler. After you’ve destroyed it, but before you follow Shabayev, bear right from the tunnel exit to find an ISDF Sabre Tank at the side of the warehouse. You’ll need to hop out of your Scout and requisition this heavier vehicle to stand a fighting chance. Don’t forget to tell the Service Truck to follow you for repairs and resupply between attack waves. 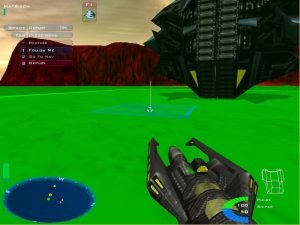 Your priority through these attack waves will be to keep the hardware from being moved by those annoying Scions. If they get it close enough to their drop ship in the north, you’ll lose the mission and will have to restart. Since you’re going to have to divide your attention between the hardware and your base, every inch they drag those pods closer to their base forces you to cover more ground. So use the Tank’s AT-Stab cannon to quickly kill the Haulers that arrive from the northeast. There are a total of six attack waves:

Beware of the Solar Flares dropped by the Sentries; when you damage them and they turn to run away, they’re liable to drop them in your path.

You should get a total of five Turrets to defend your Scavenger and Recycler before the mission goal is updated. Distribute them evenly between the two locations you have to defend, keeping in mind that the Scions will approach from the north. Once you get the Sniper Rifle and reach the bunker, you don’t have to actually stay in the bunker, which will be attacked. You can instead hop into your tank and find a ridge to perch on to give you a clear shot.

To use the rifle, you have to hit the Sentry right on the red dot in its front windshield, which will turn green when you’ve successfully planted the bug. After that, you can just hang back and let the scripted action unfold. Some ISDF vehicles will chase the Sentries away. The mission ends successfully when the tagged Sentry reaches the drop ship.

The incoming enemy units will approach through the opening to the northwest. It’s okay to let them pound the base a little rather than having them gang up on you; you have no immediate way to repair yourself, so it’s not wise to stand toe-to-toe and trade licks with them. You can fly backwards, attacking them as they approach the base and dropping Solar Flares in their path. Once they reach the base, Shabayev will help you finish them off. 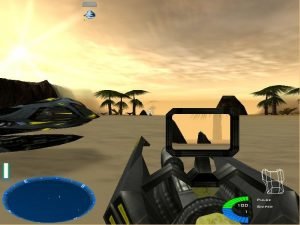 Once the Recycler is online, make Service Pods to repair and resupply your vehicle. It’s easy enough to secure the first pool, Bio-Metal 1. Be careful when approaching the second pool, Bio-Metal 2, since there’s a cluster of Guardians nearby. Although you can try to build a team of Mortar Bikes for a head-on assault, it’s much quicker to just hug the far wall of the Bio-Metal 2 area, carefully standing outside their firing range. Then simply use the Sniper Rifle to take them out one by one. Once you’ve cleared them out, bringing in the Recycler to claim Bio-Metal 2 will trigger the next section of the mission.

Although you can try to take the alien artifact with Mason and his men, it’ll be easier to slip past the Gun Spires and secure the artifact if you have some extra cannon fodder and firepower. So before you grab Bio-Metal 2, you might want to build up a team of Mortar Bikes first. ith these guys, you can just waltz past the Gun Spires (there’s safety in numbers) and let them do the dirty work in the little dead end valley. Just remember to stay clear while they’re lobbing mortars.

Finally, drop your satchel charge anywhere near the Excavator and remember the words of wisdom printed on the side of an M-80: “Light fuse. Get away.”