Surviving isn’t easy when you’re facing off against other two bloodthirsty species in the digital xeno-knuckle nerve-wracker that is Aliens vs Predator. Here are a few general pointers on each species that you can use to some effect in both single and multiplayer games! 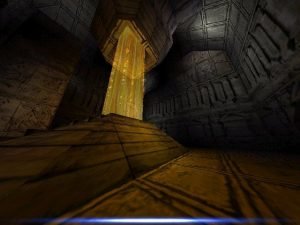 Sorry, but the Alien sucks. It’s fast, sure, and can crawl on walls and ceilings lying in wait like a sneaky spider. But the poor sap can only attack with its claws and tail. In multiplayer games there could have been some time when the Alien’s speed might have been an asset, but at a time when people are much more adept at playing action games, its melee claws just can’t cut it. With that being said, the solo campaign of the Alien can be fun. If you can skillfully navigate around your enemies upside-down and sideways without becoming disoriented, and do it all with confidence and control, you have an advantage against the AI.

The first level is a difficult set because of the time it takes to make your way to actual meat (humans). Practice your timing for leaping attacks, jumping onto and gripping walls & ceilings, and moving over irregular terrain. Get comfortable with your vision modes, and get used to the general ranges at which different sound sources become audible so you can estimate ranges more accurately. Learn to identify good pathways through shadow and darkness, and get a feel for the speed.

You have to love the guns of the human USMC grunt. With their explosives and an incredibly effective tracking weapon called the Smartgun, a Human with quick reflexes can dominate the virtual arena. Light is your friend and ally as a Human. Although Humans don’t have the more advanced vision modes of the Alien and Predator (the Human NV is garbage, actually), they can fire flares to light up areas and rely on their motion sensor, both of which are especially helpful when fighting against pesky Aliens. 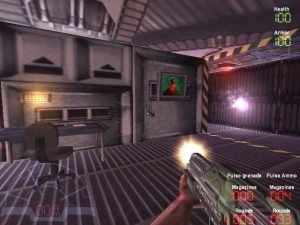 Predators and Aliens can operate at peak efficiency in total darkness while your Motion Tracker pings merrily away, a polite reminder that you are about to be slain horribly. Most levels have a fair array of lightsâ€”the best tactic is to supplement the ambiance with flares. A single Marine can only have 4 flares burning at any given time, and multiple flares compound light levels, so give careful thought to placement. Too many in one spot can wash out details and colors, effectively concealing enemies behind them. Placing it at opposite ends to light up the largest area works best.

Ventilation shafts, side doorways, or on the ceiling are good places for flares. Ideally enemies should run past the light source, not through them; place flares behind where you believe the enemies will be appearing/approaching from. If a flare is misplaced, you can shoot it away, though this might give away your position. 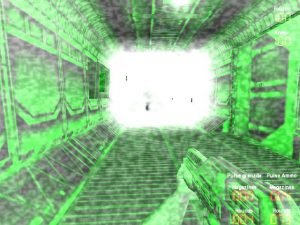 If you find it difficult to nail an Alien, try stitching themâ€”train on their feet and raise your weapon up (or the reverse) on full automatic. You might not get a head shot, but dead is dead. Use explosives liberally on Face-huggers, and don’t worry about losing a light in the hallway from the blastâ€”light can be replaced, the heart in your chest can not. If you are out of rockets for the SADAR, shoot the Predator creatures in the headâ€”it hurts. If your weapon only has a few rounds left in the clip you might consider rattling them off and changing to a fresh clip to avoid inconvenience when situations get serious later. 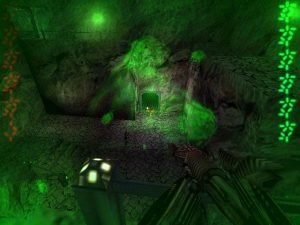 The Predator is one keen professional killer. Theoretically, he never runs out of hit points or ammo, and his stamina is such that he should win any non-Chaingun face-off. He has a range of vision modes that, including thermal, and some of his weapons can lock on opponents when set on these modes so he doesn’t even have to aim! This gives him the easiest singleplayer campaign, and he’s formidable in multiplayer too. He can also go melee, though he should never utilize the normal attack button with the Glove Claw â€” its nominal effects are not worth the damage.

Switch to your Energy-consuming weaponry when you have plenty of Energyâ€”it will eventually come back, and the more advanced bits of technology can give you a welcome breather from the insane tension of melee combat. When you run low on Energy try moving to an open area with defensible approaches and ready your Speargun while you recharge. Try to maintain a healthy 2/3+ Energy level. 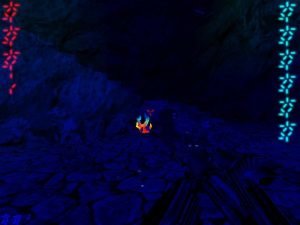 Try learning the angles to throw the Disc at so that it deflects off surfaces and returns to you on it’s own. For angle deflection shots try using the shadow-banishing green spectrum vision to retain visual command without acquiring targets (an excellent all-round spectrum too). By recalling the Disc before it imbeds itself in a solid object you can save yourself the Energy cost normally incurred by recall. You can also retrieve it manually if you can spot it, which is something you should practice doing often. One throw can cleave any enemy in halfâ€”this is your best weapon.

Always charge the Shoulder Cannon beyond it’s default power level to ensure that the next strike is a lethal one, especially if you must administer that strike in a hurry (use the secondary attack button and watch the wrist display meter). If you are Cloaked and a Marine tags you, run for coverâ€”your glowing blood may persist and serve to negate the Cloaking effect. Blood on your person will eventually disappear.

Bait groups of well-armed Marines towards you, biding your time until they get close, and then charge out from behind your cover into their midst and start slashing. The Marines will have a difficult time unloading when their buddies are in the way, and they will be loath to set off explosives.