Truth, they say, is stranger than fiction, but the idea that a game featuring a cockney thief named Roman, a robot called Q1-11, a Scottish Mole Miner named Jonesy, and Rexus, a â€œstinky, unpleasant wreck of a manâ€œ could be â€œbased on a true storyâ€ (as revealed in the introductory cutscene) stretches credibility far past the breaking point. In Armed and Dangerous, though, itâ€™s pretty pointless whether you believe any of it. The game follows the style and humor of Giants: Citizen Kabuto, relying on action, wry humor, and impressive visuals for its power.

What you get is a graphically intriguing if logically challenged backdrop for 21 levels of, as LucasArts refers to it, â€œover-the-top, bullet-splaying action with a twist of humor.â€ The rather nasty King Forge rules the world of Milola, recovering from an icicle famine and the Lime-Dixon Wars. Your mission, as you might expect, is to depose His Majesty and make the five detailed regions of the world safe for, um, thieves, robots, miners, and madmen apparently.

In gameplay reminiscent of Giants, you hack, slash, blast, and kaboom your way through hordes of Grunts, druids, Goliaths, and twiglets as you search for the Book of Rule, which somehow contains the key to getting rid of Bad King Forgeâ€”and â€œno death animation is the same,â€ says LucasArts Producer Dan Pettit. Your 17 weapons are similarly odd, ranging from the Vindaloo Rocket Launcher to the Topsy-Turvy bomb. The gameâ€™s third-person action focuses mainly on mass carnage, specializing in the sort of rampages where you start a level with your finger on the trigger and donâ€™t let up until a cool million or so enemies lie in heaps at your feet.

At your side for much of the game are your two buddies, Jonesy and Q1-11. Although, with only two commands available (‘stay’ and ‘follow’), they might as well be heavily armed Labradors than intelligent team-mates. No, apart from absorbing enemy fire and giving a little back themselves, these two are more important for the non-stop trickle of one-liners, put-downs, complaints and other such commentary. Gameplay is pretty straightforward. There are a handful of tasks you have to carry out. The most common early on is locating villagers and returning them to their homes (ring any bells, Giants fans)? The emphasis here is no less on non-stop blasting, only with the small, added headache of dragging the local village idiot back to his hovel. Every so often, gameplay swaps for a level, putting you in the turret of a gun fighting off the massed ranks of the King’s armies. The joy of obliterating huge amounts of Grunts is sure to warm anyone’s heart.

All the while, your band of â€œLionhearts,â€ as the rebels are called, keeps up a steady stream of commentary, exhortations, and just plain gibberish. The slender backstory starts with robbery and ends with rebellion and liberation, but really, do you care? Probably not, not when you are knee-deep in dead penguins, gibbed twiglets, and ranting Scotsmen. 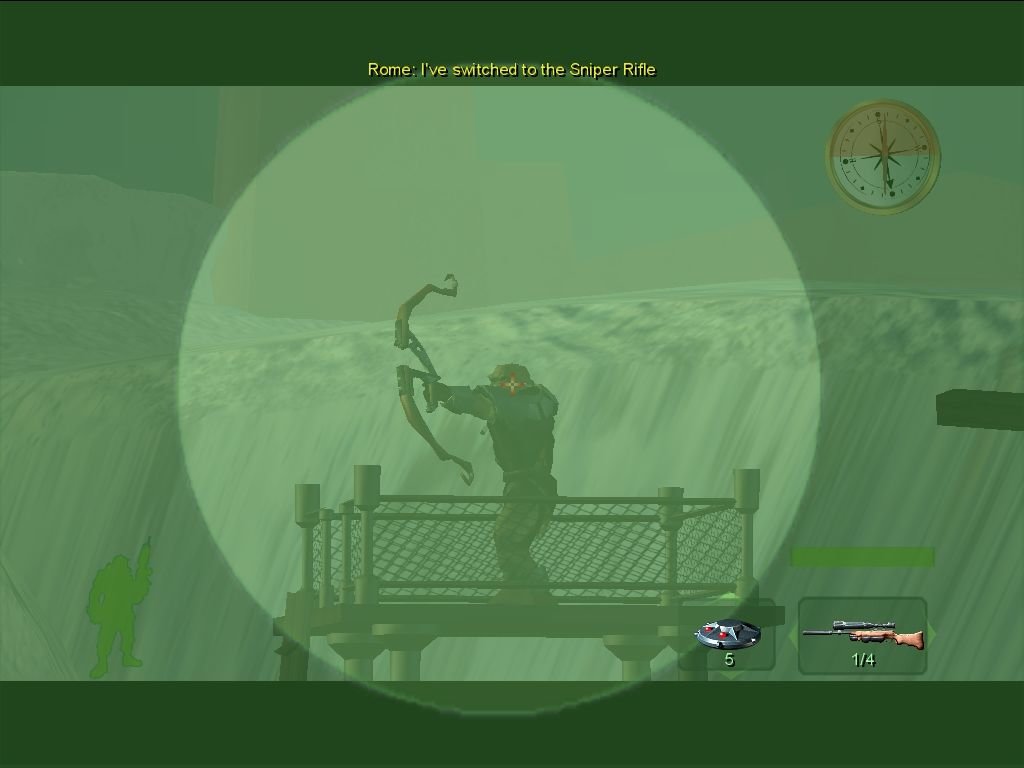 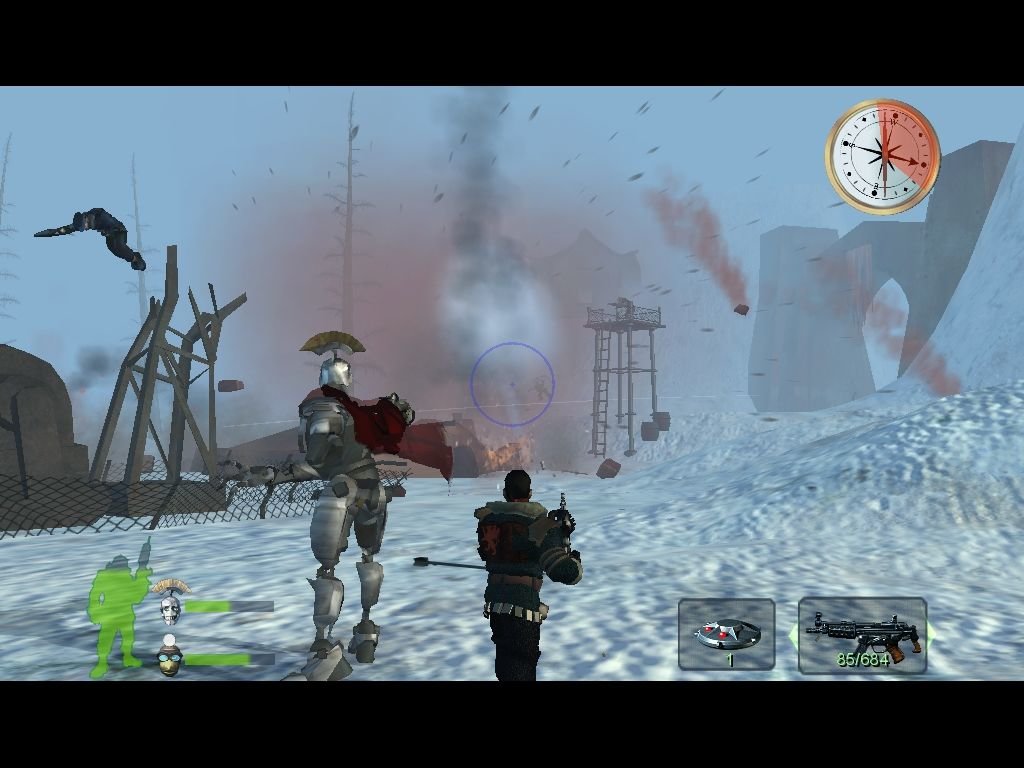