In what amounts to an admission that Alias is aimed at fans of the television show, the game version lacks any cutscene introduction to the characters or their current situations. You have to have watched the show to have any idea what’s going on. The two pages in the manual devoted to this cause indicate that the game picks up the action as season two of the TV series ends. The voice acting cast is the only positive feature of what survived the port from the console versions. Telltale indications of the gameâ€™s console heritage range from benign (multiple mentions of â€œthumbsticksâ€ in help messages) to annoying (several clicks required to save the game at a save point). The camera system falls into the latter category as it uses the mouse much like in other third-person games, but the view snaps back to horizontal the moment the player utilizes the y-axis to look up or down. Peering even slightly over an edge then becomes a pitched battle between gamer and mouse.

The game is built on sneaking around, avoiding detection, and using stealth to accomplish your goals. I found with the clunky controls this was hard to do, but on the flip side when the bad guys come at you an honest butt whooping seems to do the job quite well. Sydney’s melee attacks are numerous and can clear out a room in no time. Sure there are certain combos that do even more damage, but you don’t really need to use them. I just kept mashing all the action buttons and did quite well, seeing an occasional attack that had me guessing how the hell did I do that.

The minimum requirements do not agree between manual and boxcover, unless you peek at the original specs listed underneath the sticker applied to each box. The specs on the sticker are the truth: It requires a 1.5 to 2 GHz system to deliver decent framerates. Plus there are far more attractive games out there (Far Cry and Splinter Cell: Pandora Tomorrow, for example) that run just fine on lesser systems. Aside from the TV license, there is nothing in Alias to recommend it over other action games. 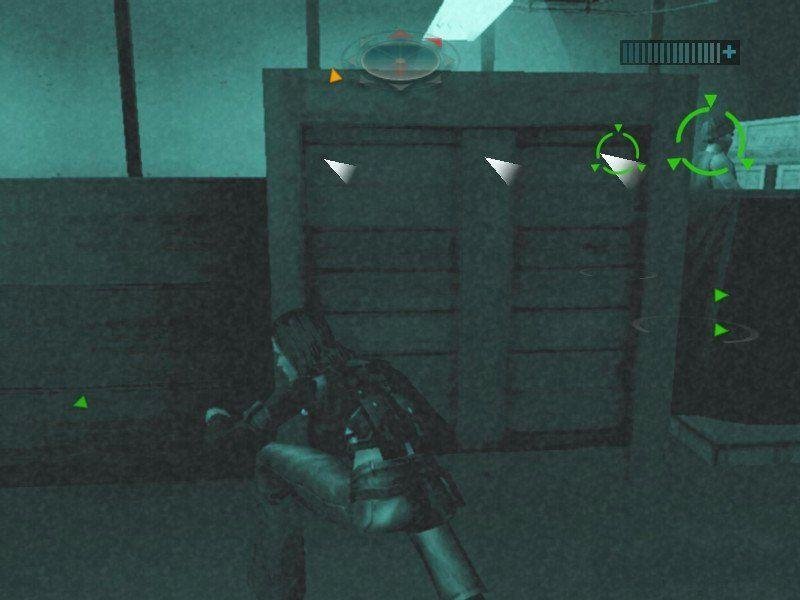