Thank you for flying with Snooze Airlines.

As the name hints, Airport Inc. is all about designing and running your own airport business. Millions of dollars are spent and earned in the process, and you have a good deal of control over landscaping your dream airport and making sure its infrastructure is up and running. That involves everything from placing roads, tarmac, essential buildings such as control towers and fire departments, to designing the interior of your main terminal.

The game is rendered in full 3D and it’s terribly bland with or without the details cranked up. Construction takes place on a grid both inside and out while the overhead camera makes construction an easy process. But with the exception of planes taking off and landing, the 3D engine really doesn’t do much to enhance the gaming experience, and indeed the designers could have gotten away with much sharper detail if they’d have implemented a 2D isometric perspective.

You have a choice of 75 cities across six continents, each one having its own traffic and weather patterns. Getting you started involves going through one of the longest and more boring non-interactive tutorials there is, and the game itself never approaches anything remotely fun despite its more subtle intricacies. 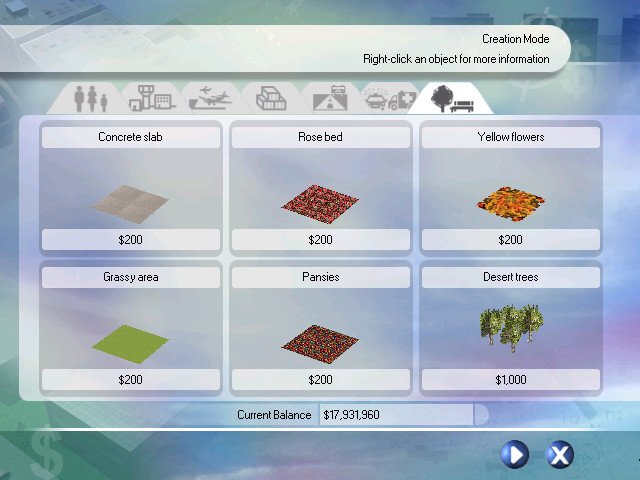