The second campaign from Age of Kings follows Saladin as he retakes the Holy Land from the Crusaders. This campaign has a lot more standard build-up-then-fight type scenarios than Joan of Arc did. However, that doesn’t make it any easier. In fact, the fifth map in the campaign is the hardest in the entire game. 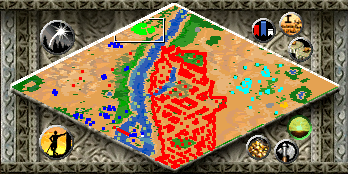 The goal of the first scenario is to simply kill stuff. You are given your army. March it south and kill the West Franks. As long as you keep your forces together, this should be no problem. When you reach the south side of the map, you will hit their camp. Destroy the blacksmith as quickly as possible because it upgrades your army when it is done.

You will also capture a cannon galleon. Use it to knock down the towers of Cairo before heading to the mosque. After you get to the mosque, simply head out the other side and go kill the East Franks. They are protected by towers, but the towers are spread far enough apart that you need only kill one to slip past the rest of them. 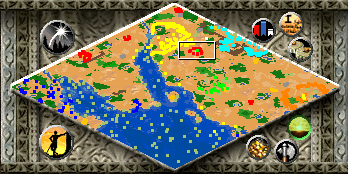 This one starts a bit tricky, but then settles down into a normal build-up then break stuff map. First, send all your starting military units towards Medina. Approximately halfway between your town and there you will find a camp of Reynald’s bandits. Clearing out this camp opens up the path between your market and Medina’s, allowing you to build trade carts and boost your income. As soon as that camp is cleared out, head to the site of the attack you saw. There are usually one or two more Bandits here. Kill them and then continue on into Aqaba, killing the rest of the bandits as you go. Not only does this free up the trade between Aqaba and Medina (who in turn have more to give to you), but you will find a whole bunch of sheep outside Aqaba’s walls. Once cleared, send your troops home to get ready for Reynald’s Raiders.

Shot Two By setting gather points from a dock to a target, you can have your demolition ships act like guided missiles against any buildings along the shore Reyald’s Raiders have a base on the north edge of the map. It is fairly well-defended, so you will need to build up before you attack. With the Bandits out of the way for the moment, this shouldn’t take long. There is gold and stone to be mined outside Medina, and plenty of wood around your town. Build up a force, including a few rams, and then attack the Raiders. If you do it quickly enough, there will still be gold and stone near their base.

Reynald’s Pirates are a bit harder to get rid of because they are on the other side of the water with no land route to them. The easiest place to make a crossing is in the southwest side of your land. Go through Aqaba, across the ford at the back of the town, and then head south. There will be two more Bandit camps (the last of the Bandit camps is in the northwest corner, but you can ignore it if you want) to be cleared and the Pirates will probably have a few structures on your side of the water, including a dock and a tower. It is a good idea to bring a trebuchet along because you will be able to fire at targets on the other side of the water, and clearing out those targets makes it easier to protect your dock and get all your forces safely across.

The easiest way to handle the Pirates is to send a small force (including a couple villagers) across. Have them build a tower and then an archery range to fill the tower. After that, build a castle and a siege factory, all on the Pirate side. This will allow you to build your units there rather than ship them over.

The Horns of Hattin: 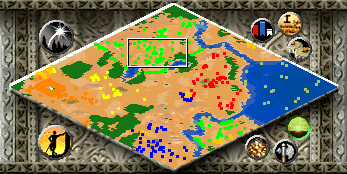 The only challenge here is that you cannot build castles, towers, or stone walls. However, you can build town centers and fill them with archers and villagers; these act just like towers. Other than that, this is a very straightforward and very easy map.

The relic is the southeast corner of the map. It is inside two wooden palisades and guarded by three monks. However, there are no fortifications and rarely any enemy units other than villagers along the west side of the map. This means that once you advance to the Castle Age and build a monastery and monk, all you need are enough units to get through the palisades and you can sneak out and grab the relic before any enemies realize what has happened. The faster you get the Castle Age, the easier this is. 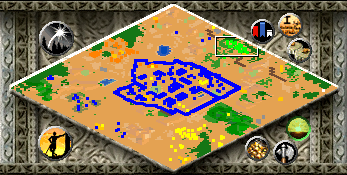 All you have to do to win the scenario is destroy towers. There are plenty of resources, so it is possible to actually build your walls out from your base to protect the trebuchets as they fire at the towers. In fact, that is the easiest way to keep from having to fight face to face against the multiple enemies.

When you start this scenario, you need to build your defenses. Use the cliffs to your advantage, and start with a small base with gated sections as you expand. It is much safer to build a wall around an area, and then build a gate so that you can expand the area, than to try to wall off all the territory you want from the get-go.

Once your fort is set up, build sections towards Jerusalem. Get them as close to the towers as possible, and the build a tower in the section. The tower will fire at any units that try to get in. Build a couple trebuchets and move them into the section. Have them take out the tower. Continue building walls until you completely surround Jerusalem. This will let you get at four of the five towers without ever needing to fight directly (except to rush the occasional enemy trebuchet). Lastly, build a bunch of rams and rush the center of the city where the last tower (bombard) is. You will need plenty of targets for that tower since it will kill your units quickly. 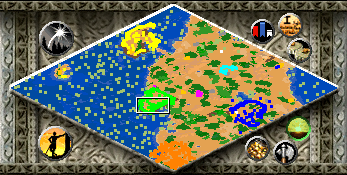 This is the hardest map in any of the campaigns. You will face three major enemies and one minor one. One of those enemies is going to build a wonder very early. Another of them is on an island and will make very good use of sea power. Finally, they will all attack at about the same time which means you will not have enough of a force to deal with them without building units during the fight.

You can deal with the Tripoli Guards early if you go looking for them. They are due northwest from your city. You will need to build up a moderate-sized force before heading out, but it is recommended that you do so in order to keep them from attacking with the other forces. Kill them as quickly as possible, and then get back inside your walls.

Shot Four Pay attention to your civilization’s bonuses. By focusing on building units that get those bonuses, you can build up power much more quickly You are going to need light cavalry to deal with enemy cannons and battering rams. You can build towers with archers inside your walls to deal with the other units. However, do not ignore the fact that you will need your own siege engines fairly quickly in order to deal with the wonder inside of Ascalon. Last, make sure you build defenses by your docks. Tyre will build a lot of ships and if they destroy your docks, you will probably not be able to ever rebuild them.

Once you weather the initial storm, build a force of camels, several rams, and several trebuchets. The wonder will be built behind a double wall, and the trebuchets can get it much faster than the rams. However, rams will work well in dealing with Ascalon’s towers without the need to stop and unpack your trebuchets several times.

You only need to defeat two of the three cities. Because Tyre is on an island and is very well-defended by both sea power and coastal towers, it is not worth attempting to go after them. Besides, Ascalon must be defeated to deal with the wonder, and Tiberias is not that well-built. The choice should be pretty simple.

The Lion and the Demon: 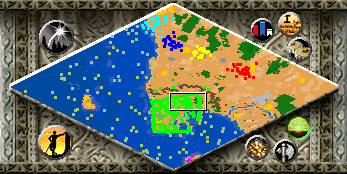 After the mad fighting of the last scenario, this one is going to seem easy. This is all-the-more true because all you need to do is build a wonder and defend it for 300 years. You are even given a very well-built city to work with.

Shot Five It is much easier to defend choke points in the terrain than to try to build walls and towers around your entire civilization First, you need more food quickly. That means you need more villagers. Start building them right away, and then have them build farms and collect wood. You also have villagers in the south of your town who are conveniently located near the gold and stone deposits inside your walls. Put them to work as well. You need plenty of stone to build more towers.

Next, build half a dozen trebuchets and place them around the walls. Once you build the wonder, you will be hit by wave after wave of enemy siege engines, so you’ll probably need at least six and possibly more. Build towers to go with the trebuchets, and fill the towers with archers. Finally, build a strike force of heavy camels to rush out and deal with large masses of siege engines that your trebuchets and towers will not be able to kill off fast enough.

Once your defenses are in place, tear down houses and build the wonder in their place. Keep repairing your defenses and get as many villagers building the wonder as possible. The faster it is completed, the less time you have to defend it.