I hate old 3D. Not all, obviously, just the flat cartoony style of 3D that were especially common in 90s kids games. The original Earthworm Jim, then developed by Shinny, didn’t need a 3D engine to be a superb platformer with a personality, but the sequel (made by VIS Interactive) had to have some edge to it, and so Jim got yanked into the third dimension. For better or worse, the title does what it says.

The game plays a bit like Tomb Raider or Indiana Jones, though with its own brand of odd humor. As expected, the game is rife with limitations encountered in those games, including poor camera angles that screws up gameplay at the worst of times. The graphics at large aren’t that inspiring, with flat textures and very little detail – essentially the late 90s brand of cartoon 3D. It’s choke full of bright colors and goofy looking characters.

The game consists of four distinct locales in which youâ€™ll have to solve puzzles and shoot enemies. Most of the gameplay stays true to the original Earthworm Jim games, including getting your weapon power-ups from soda machines. There are a variety of weapons for each locale, and you’ll have at your disposal an MDK style sniper mode. But the bulk of Jim 3D’s gameplay is flip switching, and it grows stale pretty fast. 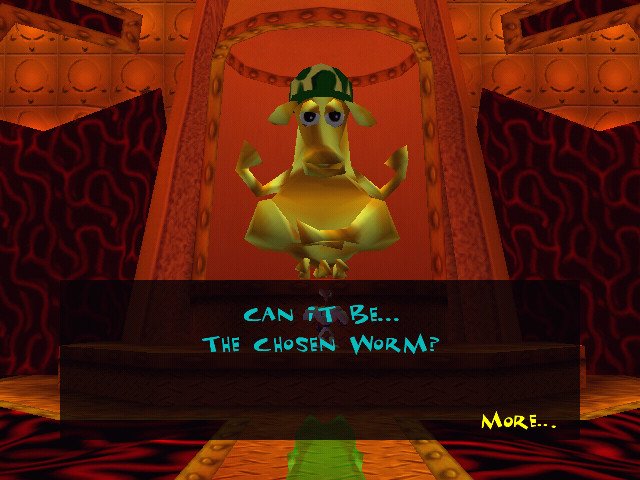