A useful companion for DMs.

While nothing can quite replace the crackling of dice, the Advanced Dungeons & Dragons Core Rules CD takes away the biggest irritation of AD&D – looking through manuals to find die roll tables, spell descriptions, and basic argument-settling. It takes away the tedium and allows the DM (Dungeon Master) and players to focus on the fun parts of pen-and-paper role-playing. That’s essentially what this program is – a very useful DM utility.

In 1997 the first Advanced Dungeons & Dragons Core Rules package was released, and while it was a useful utility, there were criticisms. The mapmaking portion was clunky and buggy; the references, while encompassing the four major books (Player’s Handbook, Dungeon Master’s Guide, Monstrous Compendium, and Tome of Magic), were relatively limited and didn’t include the alternate rules many players used. Aside from those problems, its flexibility, customizability, and interface made it excel. The second edition, Core Rules 2.0 tackles the first’s problems, and decimates them. The utility now includes the nine major rule books, including the optional rulebooks Combat & Tactics, Skills & Powers, and Spells & Magic (which allow for using mana points instead of spell memorization, skill points that utilize advantages and disadvantages, and so forth.) Also included are not one but two mapmaking utilities. The first is a tile map program, the other is CAD-style. Both more than hold their own, though which one a user will use is strictly to taste.

The main strength of CR2 is simply its user interface and ease of use. Right-clicking on anything will result in a description or explanation from the appropriate rulebook, as well as hyperlinking in the online manuals. Generating a massive encounter of, say, 300 pirates, is the result of a simple click of the mouse. Creating and maintaining a character takes away the burden of calculating such mundane stats as encumbrance and purchasing equipment.

More importantly, everything is customizable. Creation of races, monsters, treasure, magic items, encounters is flexible, and all of it can be done from scratch. There is nothing in the software that is set in stone (much like AD&D itself!); updating a character as a campaign goes on is no longer a chore. In short, this CD is a must for Advanced Dungeons & Dragons players. 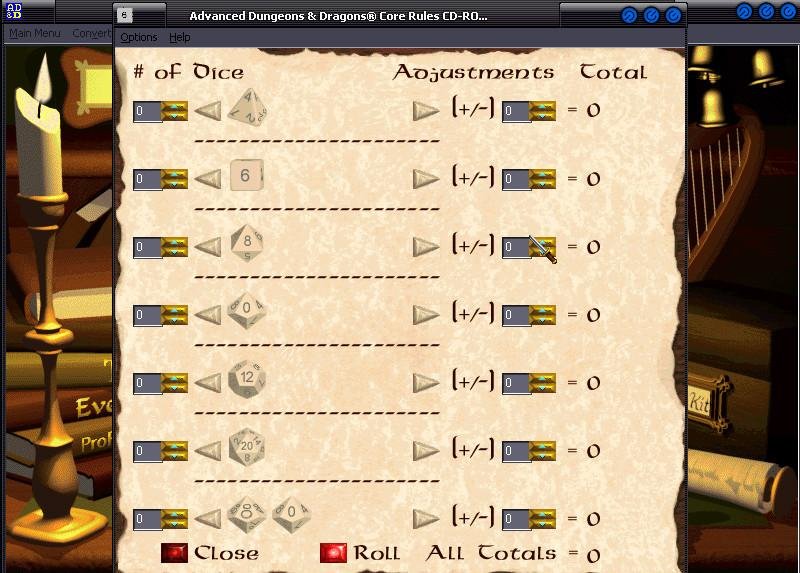