Zanzarah isn’t a name that rolls off the tongue, so you’d expect a decent game to infuse a pleasant experience with such a wordy title. It’s half there, providing an unusual and strangely alluring fantasy world with the usual ‘save the world’ motif. You play as Amy, who gets teleported into the world of Zanzarah, which is filled to the brim with all of the fairly tale tropes – elves, dwarves, fairies and colorful mountain villages. But things went awry, disaster struck, and you’re poised to save the ill-begotten land as part of some vague prophecy.

Zanzarah is a colorful, vibrant place. The landscape is covered with little details like flowers beside the trees and tall grass swaying in the wind. It’s all very girly and endearing, very unlike the twisted dark fantasy worlds of American McGee’s Alice. It’s got some nasty places here and there, but nothing too vile – swamps, snow-covered mountains, and occasional dark caves, for instance. The characters that you talk to are rendered quite well too, even though there seems to be only a few different-looking ones among them. An interesting point to note is how, unlike Zanzarah, London is a drab and dull looking place, filled with browns and grays.

There’s a bit of everything in Zanzarah – strategy, role-playing, action adventuring – which makes it rather difficult to approach in the beginning. One major aspect involves getting to know and learning to handle your â€˜fighting fairiesâ€™. These fairies are collected during your travels and as long as you treat them well, they will fight all other fairies that may be hostile to you, much like vicious rotweillers. But unlike cage fights between dogs or roosters, fairy fights in Zanzarah is colorful, fun and completely guilt-free. For one thing, there are seventy-seven different kinds of fairies to collect! Isn’t that cool? Whenever you win points by defeating a fairy, you receive a prize and can progress accordingly. There are multiple kinds of objects to acquire and this is where is gets a bit complicated. For instance your fairies need life, healing potions and spells to compete successfully. You will also require magical fairy cards, rune stones, keys, crystals, money and miscellaneous objects to assist you through the many challenges. After the victories stack up, your fairies will gain experience and eventually levels – hence the RPG aspect of Zanzarah.

Buying spells was probably the most aggravating part of the game. The magic seller sells its wares not by letting you choose, but by creating a randomly generated list from the spells that they hold, five spells at a time, for a total of ten coins for five spells. While this is an innovative way to do things, often I wound up either getting spells that I did not need or a whole list of blank slots, which are also included to tick you off, I assume (it worked). The only way around this was to save and load until you get the right spells.

There’s quite a bit to like about Zanzarah. It takes more than a bit of practice to get a hang of it. You need to learn the layout of the realms, the capabilities of my fairies, and the best combinations. Not having any knowledge of this makes it difficult to plan ahead, which is why the game might feel more difficult than it should be (especially on your first playthrough). But strive ahead and you will eventually find yourself saying ‘huh, this is a pretty cool game’. 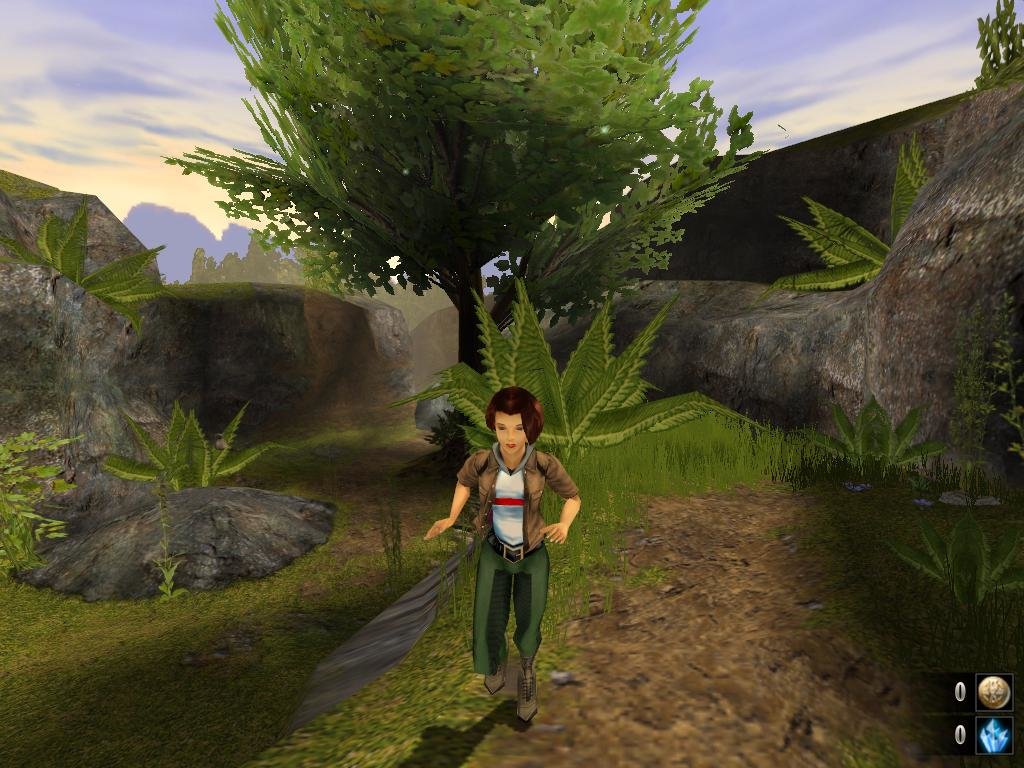