Wages of War: The Business of Battle

Wages of War: The Business of Battle is New World’s answer to Jagged Alliance. At first glance, itâ€™s almost too easy to dismiss this game as a Jagged Alliance or even X-COM clone. From the turn-based gameplay, mercenary combat, hiring, budget balancing and typical isometric view of the levels, everything about it reminds you of those classics. Wages of War is a game split between combat missions and strategic office work, including negotiating terms, ordering new guns and gear, buying mission intelligence, hiring and training mercs, arranging travel to mission destinations, and finally, making sure there is a profit when the work is done. Will you scrimp on equipment or intelligence in order to hire better mercs? What about training? Do you try and scoot by with your meager skills and save a buck? Tough decisions, and theyâ€™re all yours to manage.

From the quiet comfort of your main office, youâ€™ll select available mercs and order equipment from a catalog to suit the needs of each mission. Each merc can handle only so much weight, so youâ€™ve got to be careful what you order and who carries it. Once youâ€™re outfitted and ready to fight, the action heats up as the game moves to the battlefield.

You command members of your mercenary squad from an isometric view of the battlefield. Your mercs can crawl, kneel, walk, stand, and run. They can cut fences, throw grenades, administer first aid, and place satchel charges. How much a soldier can do in a turn is determined by his or her action points; youâ€™ve got to manage those points carefully to ensure none of your soldiers are unnecessarily exposed to enemy fire. Wages has most of the elements youâ€™d expect in a squad-level strategy game, including a variety of weapons and merc personalities, but there are a number of unique touches that give combat an atmosphere of unpredictability, including the troublesome guard dogs. The only problem here seems to stem from the AI, which is rather predictable. Playing the same mission several times and you’ll likely memorize enemy positions and tactics. Despite this, there’s a lot more to like than dislike in Wages of War, and for Jagged Alliance fans looking for an alternate, it’s a pretty fine game. 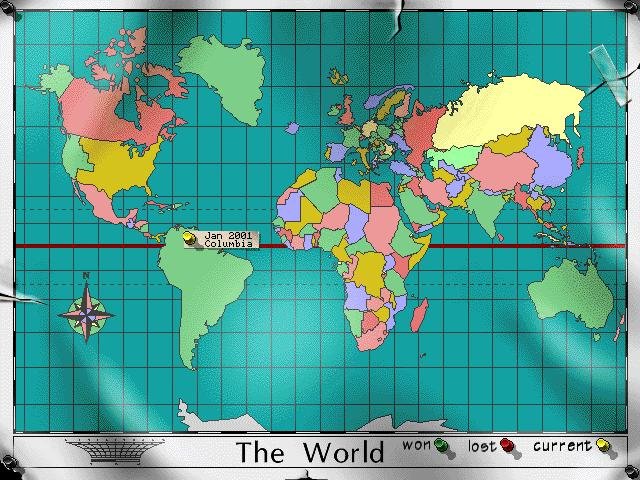