Thereâ€™s little doubt the category of â€œfun arcade race gameâ€ has been neglected for a while, particularly those that offer the thrills and spills of jumps, loops, and crazy tracks. So TrackMania feels like a breath of fresh air, an unpretentious and stupidly entertaining little game that has little grasp of reality but delivers serious fun. While it includes plenty of different race modes both in single-player and online, its included track editor adds a whole new wrinkle to race games: the puzzle challenge. Youâ€™re given a start and end point, and maybe some existing pieces that canâ€™t be altered, and you need to use these and whatever other pieces are given to you, in order to finish the track and get the best time. The more interesting challenge comes from using the pieces in a manner thatâ€™s less obvious, letting you do crazy things to generate the best possible times.

Aside from a few later ones that redefine difficult, this mode provides a unique challenge. Multiplayer is functionalâ€”and racing is always fun against other humansâ€”but a general lack of online players makes it difficult to get a good feel for its overall quality.

TrackMania has a radical solution to the challenges of developing an AI that solves the problem of handling tracks that can be edited by the user: it has no AI. Youâ€™re always racing against your previous best times, or those of other â€œghostâ€ cars. Despite this, thereâ€™s still plenty of challenge and tension. In a way, itâ€™s more like an old arcade game, where the only goal is to get the best â€œscore,â€ or in this case, post the best time.

There are three main environments, and only three types of cars. While normally that would be an issue, this game is more about the fast and fun tracks than the vehicles. Itâ€™s a â€œperfect in short burstsâ€ style of gameplay that makes TrackMania such a winner. 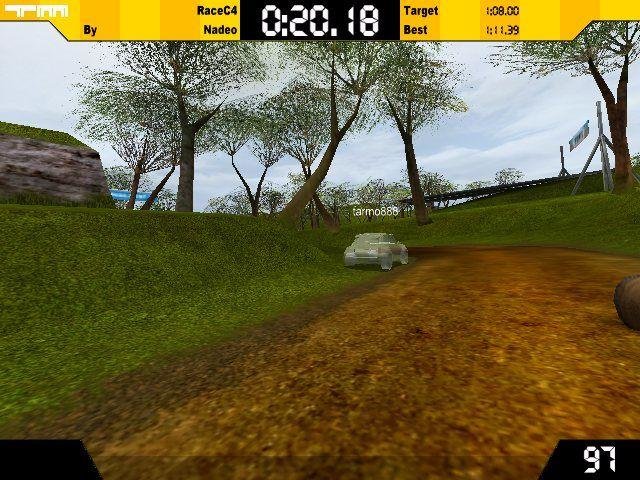 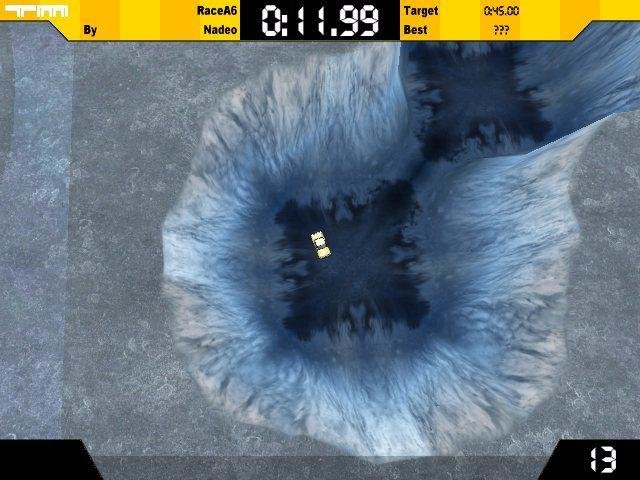