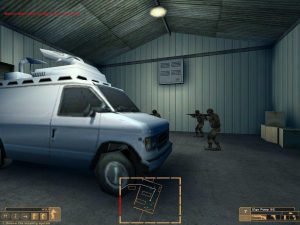 Perhaps Red Storm, the company behind the original Tom Clancy’s Rainbow Six games, was best suited to make The Sum of all Fears. The game is based on the movie with the same name, and plays pretty much like a Rainbow Six shooter. You have tactical command over a team of special somethings sent into close-quarter combat against terrorists around the world. While the action certainly retains more than a little deja-vu, the complexity has also been noticeably tuned down.

First hostile forces during the introductory missions will include the Mountain Men, a group of anti-government rebels from West Virginia. After wasting them, you’re treated to a cutscene in which a nuclear bomb destroys Baltimore during the Super Bowl, leading you on the main plot. From there onward, your team is dedicated to tracking down the source of the bomb and those who helped finance, build, and transport it. You’ll travel to a variety of locales, including Austrian mansions and African diamond mines, and shoot tangos in both indoor and outdoor areas.

Each mission begins with an intelligence briefing, explaining the backstory and detailing objectives. Each level has around three to four objectives that can range from assassinating terrorist leaders to stealing sensitive files. While the route you should take is shown by a white line on the minimap, you’re free to stray from it if you wish. The only requirements for each mission are the three or four objectives.

While The Sum of All Fears is the progeny of such classic strategic shooters like Rainbox Six and Ghost Recon, it is not on par with those titles in terms of complexity. The Sum of All Fears experience has definitely been dumbed down a bit to focus more on arcade action and accessibility than stealth and planning. For starters, you only control a team of three members, including yourself, in each mission. Many of the missions have other teams in the level with their own mission plan to support you, but you never control any of them; they simply react to your progress by advancing to preset destinations whenever you achieve certain objectives. In fact, the entire pre-planning stage of the Rainbow Six series has been removed. During a mission, a small mini-map displays an overhead schematic of the level; and a white line displays the path you should take, leading you to each objective in succession. Previous titles allowed you to customize the path you take, but in The Sum of All Fears, it is all predetermined. While you can customize your weapons load-out in The Sum of All Fears, you cannot assign each team member specific weapons. Instead, you choose from a number of different packages for your whole team.

Despite all of this, your team will be available for command during missions, and aren’t just tagging along as cannon fodder. Pressing Ctrl during a mission pauses the action, and brings up a small menu allowing you to set the states of and issue commands to your teammates. You can order them to stay put, or always follow, as well as set their aggressiveness and choose whether they follow closely or spaced out. You can also give them direct orders: By pointing at a door and selecting “Clear,” you order your teammates to open the door and clear the room.

The Sum of all Fears, to the disappointment of many, was definitely not quite on par with earlier games from Red Storm. It nonetheless does offer an accessible gateway into the series for players who don’t feel ready enough to tackle the more difficult, sim-sided games from the Rainbow Six series. 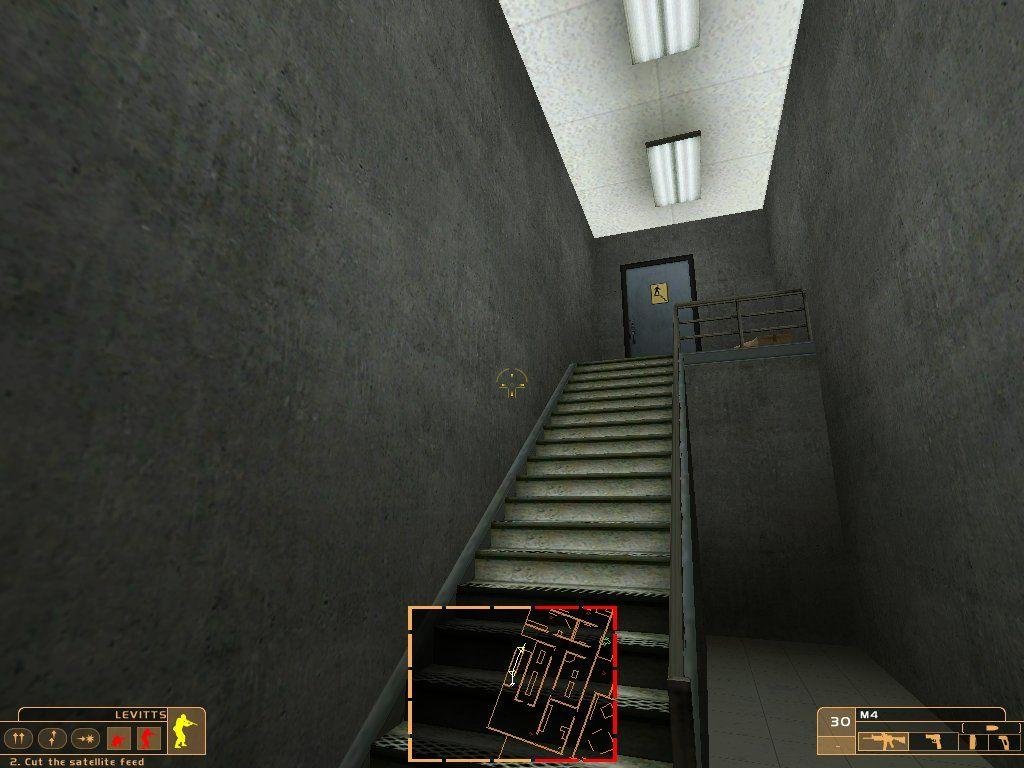