Based indirectly on the movie with the same name (the action takes place immediately after it), The Hulk throws gamers in as the namesake green guy for some loud, dumb rampaging action. The Hulk has only a few moves to wreak havoc, but the point here isn’t so much the combat as it is the results of that combat: watching your enemies fly and twist like helpless ragdolls through the levels. The environments have some interactivity to them as well – you can swing cars around, use them as melee weapons, and finally destroy them hard enough until they explode.

The scope of the game is hardly original as an action adventure fighting game, but rampaging through The Hulk is still devilish fun. You can perform gargantuan overhead ground smashes to send enemies flying, punt enormous gamma-radiated dogs, and leap into the air before driving your fist through another hapless enemy or grabbing him to break his back across your massive shoulders. Finally, a game that lets you club your enemies with other enemies will likely give you a passing chuckle.

So the action in Hulk is definitely fun if eventually repetitive. But because good things can’t really last, you will have the action interrupted between levels by being transformed back into the Hulk’s former human self – scientist Bruce Banner. These sections of the game feature some pretty meh Metal Gear gameplay, but they’re more annoying pauses that keep you from enjoying the real meat of the game. Other minor distractions include unlockable minigames, and the midly interesting boss battles laden with predictable puzzles. 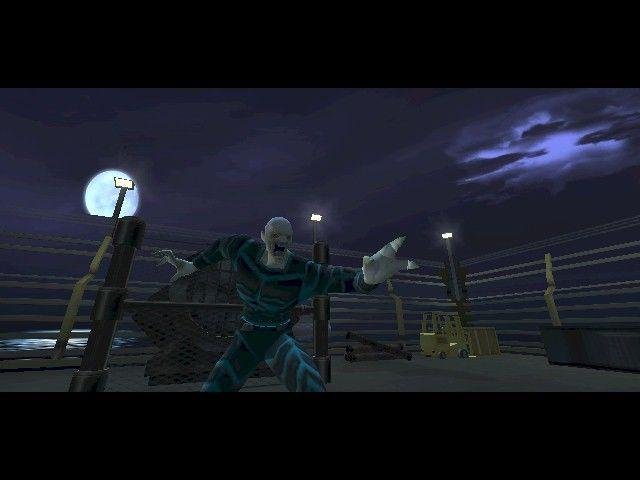