It’s hard to take two steps without running into a World War II strategy game. Soldiers has you controlling British, American, Russian and German forces through 30 missions and unique storylines inspired by actual events in the war. These missions range from stealth missions to all-out fighting. The gameplay in Soldiers changes at the players will due to the Direct Control Mode. The Direct Control mode allows players to take control of one distinct unit from their troops and guide them through the stage. This gives the game a somewhat different dynamic, as the action element plays a little more heavily in this mode. However, it still doesnâ€™t feel quite as revolutionary as it sets out to be and still feels very much like standard World War II themed real-time strategy gameplay. Granted, with cool visual effects in this case.

The other new element in Soldiers is the level of interactivity in the environments. Pretty much every single object in the game can be destroyed. Trees can be knocked down, buildings decimated and other environmental objects can be completely leveled. The game also boasts a pretty impressive physics model. The weapons and vehicles are very accurate, from capabilities to handling. The AI is pretty good, reacting to the playerâ€™s actions and adapting as necessary.

The graphics look great. The unit models are very detailed and boast realistic textures. The environments have a ton of detail to them as well, and the destructible environments boast add a lot to the level of immersion in the missions.

The sound effects are pretty good. The music sounds appropriate for the nature of a war game. The weapon effects sound realistic and clear, and the voice acting is well done (and delivered in cheesy Hollywoodesque accents). With great graphics and some cool features, Soldiers: Heroes of World War II is a solid effort in the WWII sim genre. However, the game doesnâ€™t quite offer a unique experience, and many gamers will feel like theyâ€™re treading old ground. 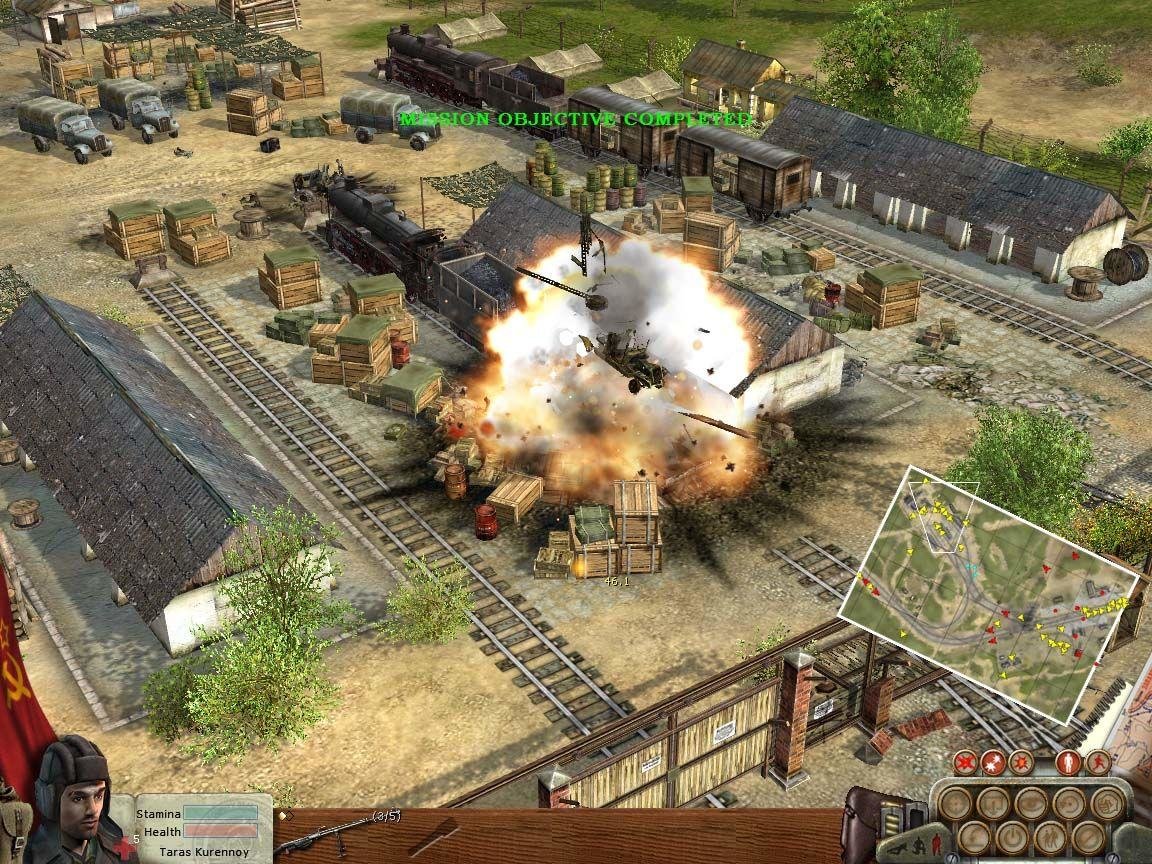