The sin of pushing a game out the door before completion. Out of all the famous big-budget shooters of the late 1990s – Quake, Jedi Knight, Unreal, Half-Life – Ritual’s appropriately named ‘Sin’ is possibly one of the lesser known of the lot. The team behind the game were the creators of Quake’s Scourge of Armagon mission pack, a company then known as Hipnotic Software. With Sin they’ve been given free reign to rework the Quake II engine to suit their twisted story, but the entire enterprise was mishandled by a premature shipping deadline that left the game in a notoriously buggy state.

The year is 2035 and you are Col. John Blade, leader of an elite law enforcement group called Hardcorps in the city of Freeport, where biochemical company SinTek has been pushing a suspiciously effective anti-aging drug on a gleeful Botox-addicted populace. The story is the triumphant epitome of cheese, a ‘so bad it’s good’ sort of deal where you just follow the characters to laugh at how lame they are – from your brawny, one-liner spewing persona (Blade) to his snooty side-kick J.C. and ridiculous female evildoer Elexis Sinclaire. No matter. We never really needed clever plots to drive the action in these sort of games.

You do that quite a lot here, shooting stuff, although Sin is notably different from either Quake or Unreal in how the action is paced. There’s a host more interactivity with the environment, things like going into computer terminals via a doppelganger MS-DOS operating system, using toilet stalls, ATM machines, phones or just blasting things apart. There are snippets of dialogue behind every corner, either coming from Blade or his nerdy hacker J.C. via radio, giving the impression that there’s always something new happening as you go.

Overall, the levels are very well designed, though their load times border on eternal on lower end systems. One final (somewhat) original concept is the inclusion of vehicles, a gimmick previously encountered in Shadow Warrior. And like in Shadow Warrior, they feel completely out of place and are nearly impossible to control. Thank goodness they’re rare. Your first mission is foiling this bank heist. You Call That A Gun? One critical feature of any 3D shooter is its weapon selection, but the ones in Sin are pretty dull. You have all the staple artillery found in many first-person shooters – pistol, shotgun, machinegun and rocket launcher, as well as more exotic hardware, like a sniper rifle, spider mines and a big bad disintegrator gun. The weapons are pretty anemic, however. The machinegun uses the same ammo as the pistol and fires in a perfectly straight path with no spray, the chaingun is baddass but still surprisingly accurate (it’s nowhere near as cool as Quake II’s chaingun) while the shotgun is an insanely effective flak cannon.

None of the weapons have that rewarding ‘oomph’ that makes shooting guns fun in the first place. To make matters worse, they just don’t do enough damage. Sin has great location-based damage, which makes head-shots extremely effective, but the weapons do far too little if you hit somewhere else. Rather than getting the occasional lucky head-shot one-hit kill, you find yourself always aiming at the head, which quickly gets tedious.

The original, unpatched version suffered from numerous bugs – sound glitches, broken AI scripts, random crashes and a host of many other minor and major issues. While not a bad game by any stretch of the imagination, Sin offers little that is new and is plagued with problems and bugs. Patch those leaky holes and you get would could be a worthwhile game – it’s usually enjoyable, in a corny sort of way. But play the raw version and you’re guaranteed a bumpy ride. 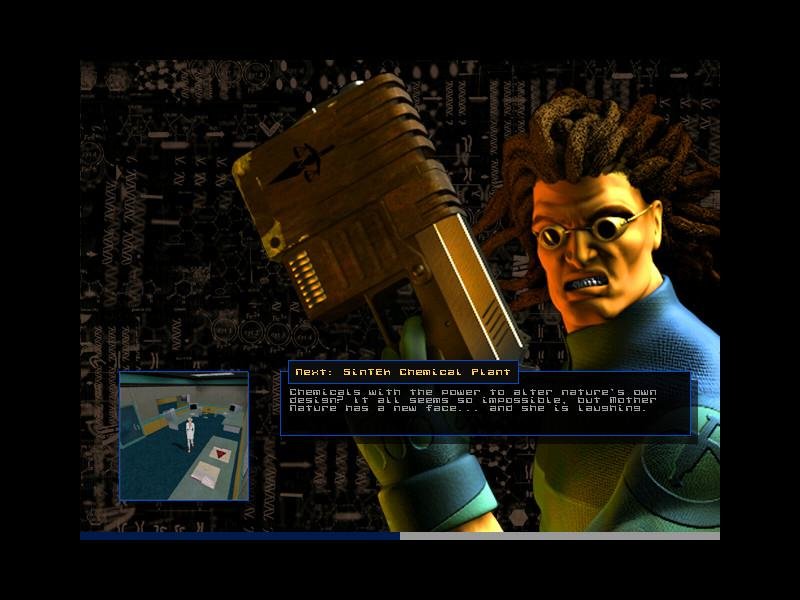 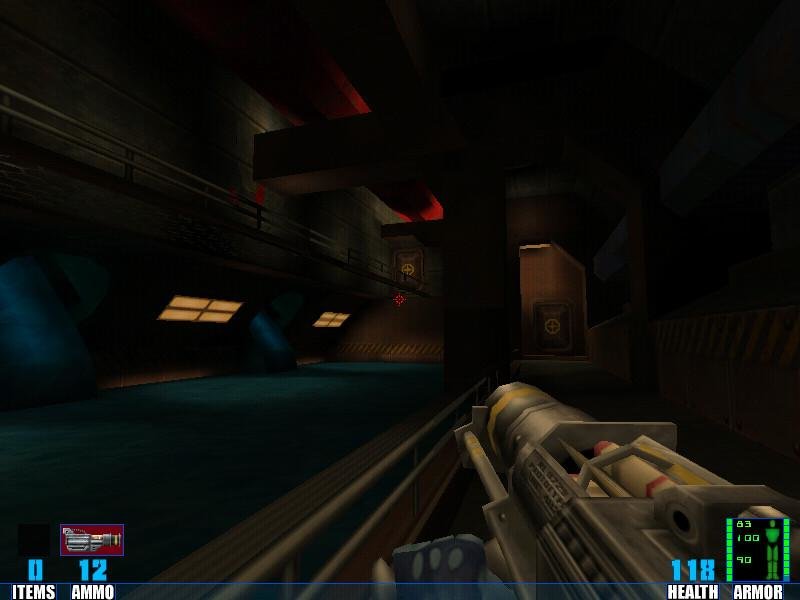