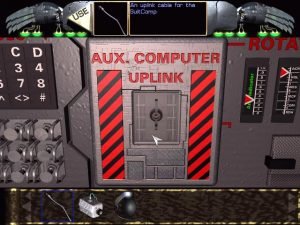 Lightbringer: Adventure on Mars (also released as Cydonia Mars: The First Manned Mission) can best be thought of as a cross between a science-fiction-themed Myst with a dose of Zork Nemesis on the side. You play as a member of the first manned mission to Mars on a quest to terraform the planet and make it a safe habitation for the last survivors of humanity (who seem to have gone off and busted up the home planet pretty good). Just in case that seems too easy, though, you crash-land on Mars and have to save the lander before it offs you and your crew.

As you adventure, you navigate through 360-degree rendered 3D panoramas much like those of Zork Nemesis, but with the addition of a smooth-moving transition from node to node. However, as you explore your world, you come across an assortment of mechanical and item-based puzzles. The puzzles themselves are much more contextual than those of 7th Guest, but be warned-some can be quite challenging. 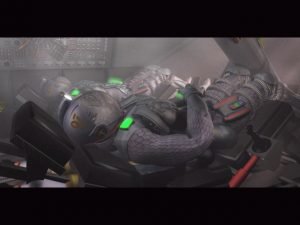 Graphically, Lightbringer: Adventure on Mars is very nice. The environment and areas you explore are detailed, and, in general, most areas you wish to zoom in and get a closer look at are available for your perusal. The interface (both for game play and installation) is adequate. Besides the standard inventory panel, you also get a nifty PDA-style device that has some extra multimedia – info on Mars and the other planets, images and history of previous missions to Mars, as well as a few game-specific aides such as a translator for an alien language.

It’s all neat, but a little streamlining would have done wonders. For example, to use an item on something you must first right-click, then move the mouse cursor over the inventory strip, wait for it to expand to the right, click on the item you wish to use, click again on the “Use” button above, and then, finally, click yet again on the area you wish to use the item on. There’s also a bug experienced on system where the game temporarily freezes after closing the inventory menu – why it does this remains a mystery.

Click-finger workouts aside, Lightbringer: Adventure on Mars is easily one of the more detailed science-fiction adventure games. If you’ve been looking for Myst in space (but with a plot), and don’t mind the occasional rough edge in implementation, Lightbringer is a game you should try out – assuming, of course, you don’t mind the insanely big file size.