The easy joke is that this game shouldâ€™ve been called Pac-Man: Arena, and it might even be a funny joke if it werenâ€™t so true. All-Stars is a multiplayer party game: playing as Pac-Man, Ms. Pac-Man, Pac Junior, or Professor Pac, you compete against your friends to devour as many free-range pellets as you can while avoiding the obligatory Ghost Gang. The Pac who eats the most pellets has the honor of freeing a Pac-Land fairy from the clutches of Wandy the Wizard. 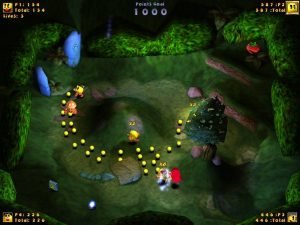 Why a learned academician of Professor Pacâ€™s stature would stoop to participate in such a gluttonous scraping of the Pac-license barrel is a question the game doesnâ€™t even attempt to answer. To be fair, Pac-Man All-Stars is a perfectly innocuous diversion, especially since it was originally sold as a budget release. The action takes place over six different worlds, from The Creepy Forest to Snowy Mountain all the way to Wandyâ€™s Castle. Each world consists of four sub-levels, making for a grand total of 24 levels to explore.

There are no mazes this time out, but each level has a unique 3D design appropriate to its world, complete with springboards, warps, conveyers, and bumpers. Whenever a randomly appearing flower is touched by a Pac, it sprouts into a patch of pellets, setting off a feeding frenzy for points. Fairies leave power-ups â€” including, of course, the ghost-terrorizing power pellet.

If you donâ€™t have three friends to play with (a likely occurrence if youâ€™re trying to tempt them with Pac-Man All-Stars), you can compete against the CPU in single-player mode. Beat the game on Medium and Hard difficulties, and you can unlock two new head-to-head modes. Itâ€™s not the most ambitious game ever, but All-Stars can become oddly addictive. I only wish there was a tactical difference between the Pac people. 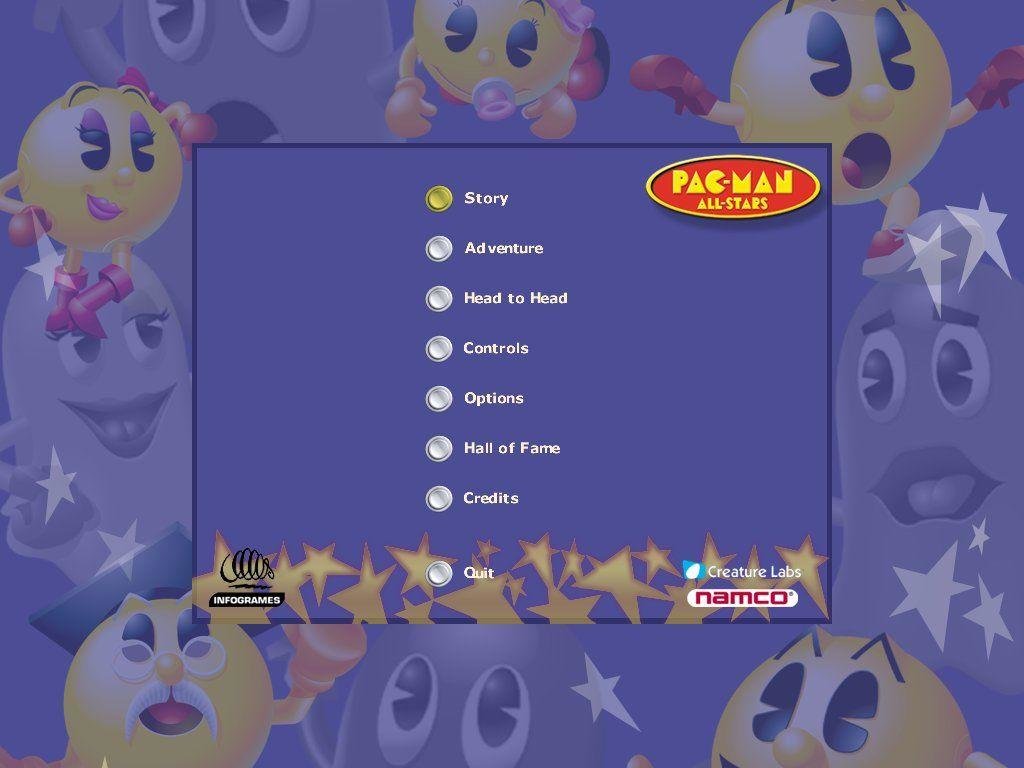 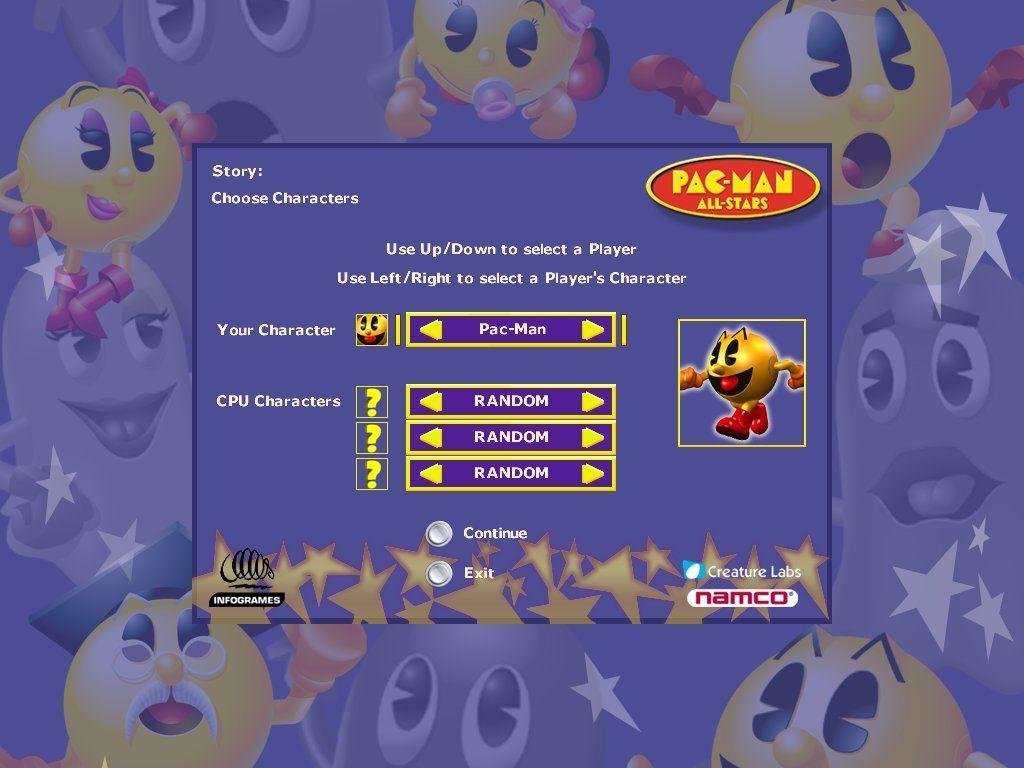 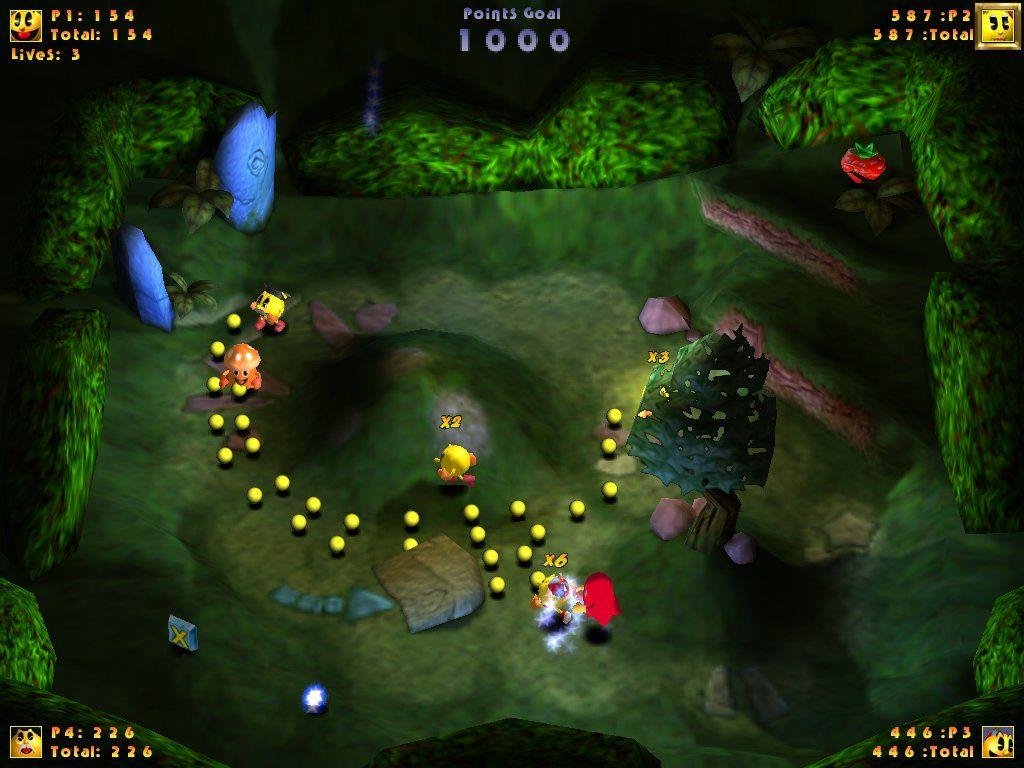 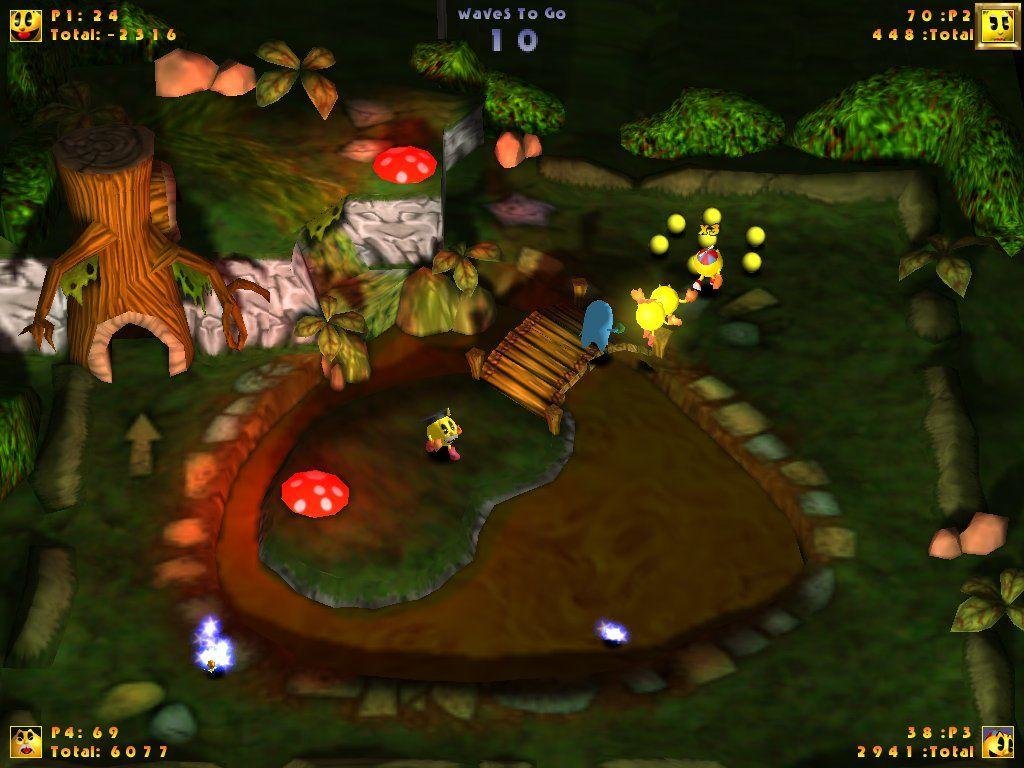