Oni takes its visual style and storyline from anime and manga, setting itself in a near-future cyberpunk-ish world. Konoko is an agent for the Tech Crimes Task Force trying to take down an organized crime syndicate. Most of the details of the plot in Oni are divulged in text-screens that pop up when Konoko visits computer terminals in the game, and during the in-engine cut scenes. While they’re expertly constructed and shot, they’re technically inferior to those found in other games. None of the characters’ mouths move when they speak, nor do their manga-styled caricatures. The voice acting mostly resembles badly dubbed anime.

While the storyline is never really compelling, what really drives you toward completing the game is the absolutely fantastic combat. Using an intuitive third-person camera, Oni is for the most part a great combination of PC action adventures and console fighting games. Konoko is quite the fighter, and completing the game’s 15 missions involves a lot of kicking, punching and shooting throughout. You combine only a few movement and action buttons to get the moves you want, and it’s all very spectacular despite the simplicity. A tutorial mission shows you everything you need to know in about twenty minutes. The game also includes ranged weapons-based combat, and it’s equally entertaining. You’re limited to carrying one weapon, there’s limited ammo throughout the levels, and Konoko has a peculiar habit of starting missions severely under-weaponed, but the mix is interestingâ€”standard pistols and some strange energy and projectile weapons. If you run out of ammo you can use it as a club to batter your enemies. If you have it drawn, your opponents can knock it out of your hand, pick it up, and use it on you (you can, of course, do the same to them).

The enemy AI is great, and each different type of character has a distinctive fighting style and a myriad of moves. There’s also a well-designed feedback system of colored “impact explosions” that change color depending on the health level of the characters. This is a fantastic system that elegantly eliminates the need of a health bar for your opponents, or your character for that matter. Alas, one of the major downers here is that you can’t save anytime you want, but instead are treated with the standard console-esque move of adding checkpoint-based saves at key locations. Some of the gaps between these locations in Oni are a bit large, and this does serve to generate more repetition than it’s due. The graphics, despite having some cool particle effects and animations, are overall pretty flat. Levels resemble large, featureless warehouses – they’re extensive, but not very detailed as a result.

As it swings between being the best combat PC fighting game in existence and a frustratingly limited one, Oni feels somewhat like a sketch for a better game. Still, this is a major high-budget anime action adventure – not something you see every day, and Oni has more than enough thrills with its smooth combat system and gunplay to make it worth the installation. 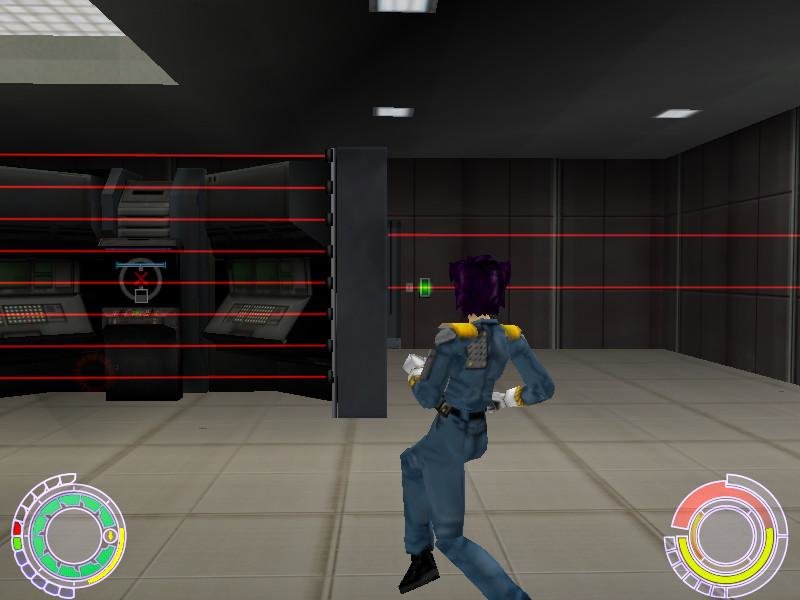