This is how you build a proper sequel. 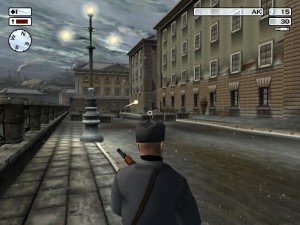 A disguise lets you waltz right into most places as long as you don’t do suspicious things.

Whether you loved or hated Hitman: Codename 47, and there seemed to be no middle ground, Io Software strived to make the sequel further titillate its supporters and placate the naysayers by overcoming the main problems that the critics levied on the original. Oh, everyone wanted to love it, but the wonderfully stylized, bloody, graphic kill scenes and solid visual style were somehow tainted by a cumbersome control scheme and missions that seemed unnecessarily puzzle-focused. Hitman 2: Silent Assassin is a similar game, retaining everything people loved about the first product, and attempting to streamline the rest.

You still play trusty old 47, and may be happy to know that the really tall, bald, white guy is so unique in his surroundings that you wonder why everyone doesn’t immediately peg him as an assassin to begin with. But our dubious hero has since tried his best to leave his murderous ways behind, and has taken refuge as an altar boy inside a Sicilian monastery.

But we’d all have to concede how boring a game this would be if you spent twenty-one missions watering tomatoes and confessing sins to your new mentor, Father Vittorio (and let’s be honest, there are too many sins to remember by now anyway). Thankfully the local Sicilian mafia has taken notice of your reputation and kidnapped Vittorio for a huge ransom, giving 47 the impetus to contact his former employers.

To its credit, Hitman 2 looks really nice. Not only are the levels interestingly laid out, with indoor and outdoor locations, rooftops, sewers, and waterfronts, but the architectural detail, in every case, is lovely. This is thanks to the level design being headed by a professional architect, and the realism of it all fits right into the more complex mission design. Naturally there are alternate paths to completing most assignments, with the less violent solutions gaining a higher end-mission ranking.

The highest possible ranking, ‘Silent Assassin’, is awarded when you’ve discovered that one perfect path of discreet murder, to which you’re awarded special weapons. But there’s no set rule on being a perfect sneak, so if you’d rather storm into a place with a belt-fed machinegun then there’s no one except the small army of guards stopping you. 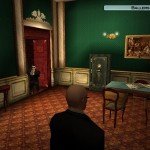 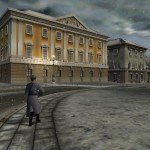 You do quite a few runs in Sankt Petersburg. 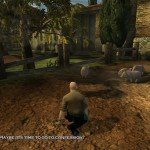 Woah game, I wasn’t planning on doing anything immoral here.

A better way to die

The game has an extensive weapons list, several of which are brand new for this title. Bullets can penetrate some materials depending upon its type and ammunition used. For instance a sniper rifle will pelt a round right through a wooden door, but a metal wall will not receive much damage. Moreover, weapons found in one level will be carried over for use in subsequent levels (you merely have to be carrying it when ending a mission). Collecting them is one of the game’s major side activity, not in the least since you can replay all completed missions just for kicks with new arsenals. 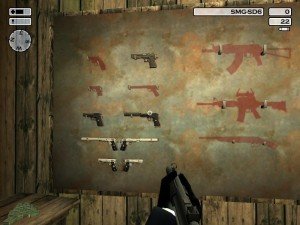 Some of the new weapons are non-lethal, and the pacifists among you will recognize when something is not a threat and choose to knock out guards. In fact, you can probably get through the whole game and kill only your target victims without having to waste a single bullet (this might be possible, but it’s incredibly hard). Wire strangulation is really well done—and looks absolutely brutal, as you sneak up behind a guard, slip the cord around his neck and pull as he chokes, flails, and eventually collapses into a heap. You can steal his clothes and then drag his limp corpse to somewhere less obvious.

There will be some tough decisions about weapon-carrying. The AI is often sensitive enough to “know” that you’re not who you seem to be, so you may have to drop a non-concealable weapon like a rifle to get past some guards. There’s a meter measuring just how suspicious you are, and it’s usually consistent. Keeping your distance when walking around guards usually keeps their happy trigger fingers at bay, but any disguise you may be wearing brakes once you fire a gun or if a sentry finds the original corpse.

With gorgeous graphics, much more intuitive controls, an in-mission save feature (thank God), and a well tuned score by the original composer who, using the official orchestra of Hungary, turns out some chilling sound reminiscent of a few cult classics, Hitman 2 has all the hallmarks of a winner. It’s not particularly easy and the missions themselves aren’t equally good (some of the Japanese ones midway seem a bit off), but overall there’s enough fun here to justify the time investment.