Everything an action game should be.

Heavy Metal F.A.K.K.2 is a third-person action/adventure game that puts you in the thigh-high boots of Julie, a super-tough, gun-toting, sword-wielding badass. Julie lives on Eden, a planet where the grass is green, the women are all generously endowed, and the water gives you the closest thing to immortality. Eden’s powerful shield that protects their world, with a F.A.K.K. 2 hazard beacon warding off wayward travelers. F.A.K.K. 2 stands for “Federation Assigned Ketogenic Killzone”. Cross it and you’re toast.

Of course, it’s only a matter of time before some aliens with bad intentions start banging the door, and it’s up to you – as Julie – to figure out what went wrong. Along the way, she’ll meet strange characters, fight bosses, solve puzzles, and blow the crap out of a few thousand aliens.

As the game begins, you’re quickly introduced to the people of Eden and given a general tour of the town you’ll soon be saving. You’re also presented with an opportunity to play a training mission, which is highly recommended in order to learn to use Heavy Metal F.A.K.K.2’s innovative two-handed fighting technique. The interface is simple, and very similar to the one used in Half-Life. You use the number keys or your mouse wheel to scroll through the weapon types, and then use the right or left mouse button to equip whatever you select.

You’re also able to chain together combos between the weapons by timing your button presses. Few things are more satisfying than jumping into a group of half a dozen Happy Masks (little creatures made of debris from other creatures that like to attack in swarms) and cutting them all down with a devastating sword/Uzi combo. Julie’s arsenal will include a variety of edged weapons, from flame swords to a massive battle axe, and plenty of firearms, such as Uzi’s, bazookas, and a shotgun. To tackle really tough cookies, she has a massive flamethrower, a massive chain gun, and a chainsaw sword. Just watching the game in motion is a treat, thanks to the spectacular Quake III engine. Heavy Metal F.A.K.K.2 was at the best one of the best-looking games around. The textures are crisp, clean, and beautiful. The environments are lush and vibrant, and the characters range from beautiful to utterly bizarre. You’ll travel through ancient temples, through raging rapids, where you flow with the currents over the river, and venture through the heart of a deep canyon, carefully navigating narrow ledges. The folks at Ritual used every trick that the Quake III engine offers, plus some of their own.

The only one downside to the game is its length, with a lifespan of about 10 hours. A few bosses may stump you for the first few tries, but you’ll most likely figure out how to beat them within five minutes. The end boss is an exception, and you should expect a pitched battle when you get there, but you get plenty of hints of what you need to do. The pacing of the game is very good, and it helps keep the challenges you face always feel reasonable.

From strange temples to treacherous canyons, packing combo machineguns or a trusty sword, every section of F.A.K.K.2 is sure to impress. It’s a short ride truth be told, but a definitive classic all the same. 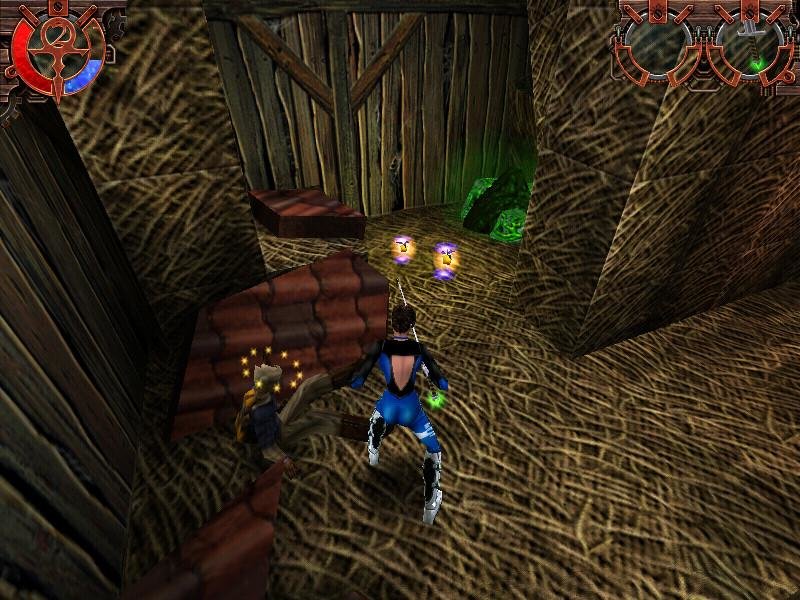 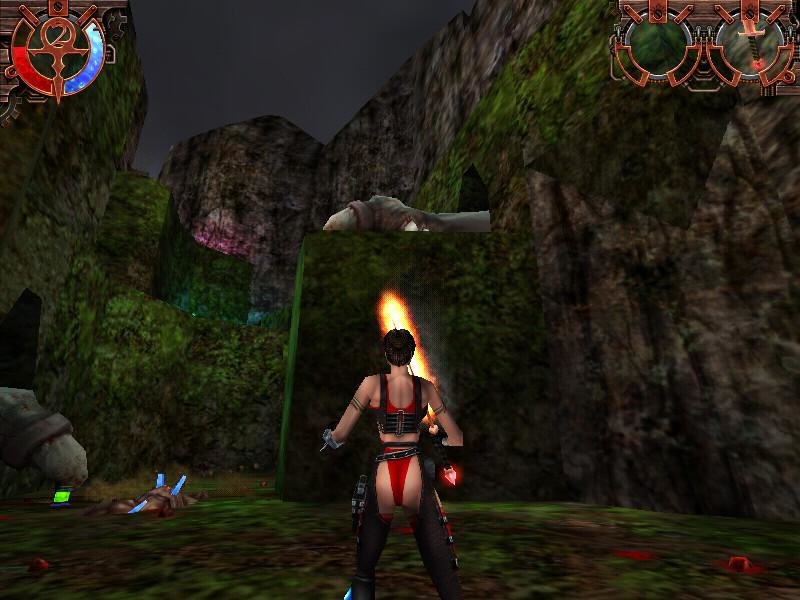