Destiny aims to be an all-inclusive empire builder spanning the Stone Age to the Space Age. It allows you to manage trade, resources, research, diplomacy, education, health, and command the military in a 3D world. Basically the game promises everything Civ2 plus much more, but the end result is something of a mismatch.

As compared to some other games of its kind, there is little excitement early on; no barbarians, no random “huts” to locate, no hidden world to explore. There is also a lack of feeling like you are involved in a dynamic world. You are not informed of natural disasters that hit opponent civilizations, no wonders are created to hear about, and you don’t get word on how your civilization stacks up to others. 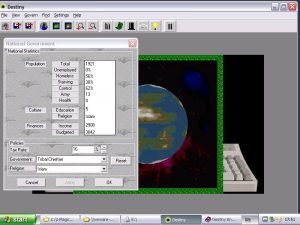 Building up your cities involves building, upgrading, maintaining, selling, and mothballing some structures, in addition to using workers, materials, and research. The flaky interface makes the entire process surprisingly overwhelming. The fact that you are usually tied to managing your cities decreases the enjoyment of spending time looking around in the 3D view, commanding armies and attacking other tribes. Autopilot is available to help build up your cities, but it also countermands orders to your forces.

The existence of a full 3D landscape helps differentiate Destiny from others of the same genre which offer only 2D sprites on a textured landscape. Commanding forces in a real time battle is difficult. The computer moves too quickly, and you click like mad to give orders to individual forces (group commands are not available). Another option, having the computer calculate a battle, isn’t as satisfying, because of the obvious loss of control; you don’t see it “played out,” and you don’t get info as to how many units were killed. This leaves turn-based mode as the practical alternative, but the initially released version freezes when turn-based mode is attempted. 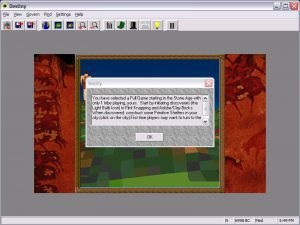 Units have many different, useful commands you can issue, allowing them to patrol, look for resources, establish cities, etc. Customization of forces is possible through use of naming and designing your own unique compositions.

Destiny is an ambitiously detailed project, but too much is asked from the player in terms of management, and it’s just not as exciting or nearly as robust as Civilization 2. A few subsequent patches resolved some of the game’s more urgent bugs, but in the end it was fated (destined?) to become the Civ2 clone that failed to catch on. 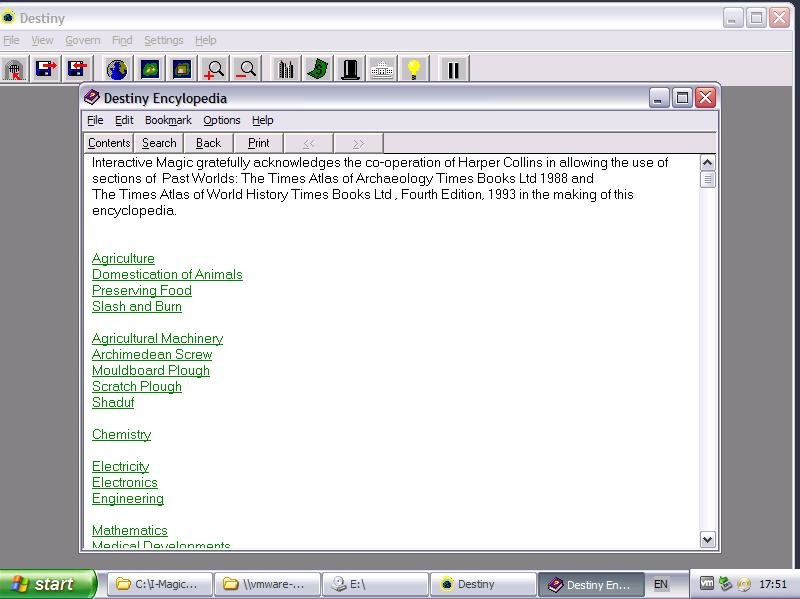