It’s often said that imitation is the most sincere form of flattery. So id Software, creators of Doom, must have been flattered as hell when the wave of Doom clones emerged after 1993. Enter Cyclones by SSI and Raven Software, a first-person shooter that casts you in the role of a cyberwarrior facing your basic alien invasion. Yes, you are Earth’s last defense against total alien control. Your mission? To overtake a variety of alien bases, buildings, and ships, and to find and destroy the root of this otherworldly menace. The goals are explained in debriefing sessions using full-motion video clips. Yep — real, live actors! And though the unpolished performances might leave you wondering why some scenes weren’t re-shot,they do get the point across.

You step into the game equipped with armor, a laser pistol, and a steel-clawed hand for that up-close and personal fighting. As you scavenge around for health and energy bonuses, more powerful alien weapons are made available. Quite a good assortment, too! First there’s the chaingun, followed by an alien pistol, alien rifle, grenade launcher, twin lasers, missile launcher, and the ultimate weapon — the plasma accelerator. There are other goodies, too, such as the buzzsaw, powered armor suit, and demolition.

The advanced weaponry is necessary, too, as the enemies increase in toughness. They fall into four main categories; attack machines, alien monsters, cybernetic clones (Cyclones), and, if you get far enough, actual alien warriors and the alien commander himself. The Cyclones make up the majority of the alien armed forces. They can range from dumb Beserkers who can’t fire weapons (but pack a mighty punch) to advanced Cyclones who carry specialized equipment. The attack machines are 100% mechanical devices with devastating firepower. Alien monsters are genetically altered beasts that bite, claw or rip you to shreds. And what about the alien warriors? Well, you’ll learn first-hand why they’ve conquered so many worlds.

Much of the action will, of course, remind you of Doom. But unlike Doom, Cyclones lets you aim your shots, using a crosshair that changes color when passed over enemies, items, and even secret doors. You can also jump on and over things, and look up or down. These extra actions do mean you’ll need to adapt to a more complex set of controls, though. The game defaults to a combination of keyboard and mouse, though a joystick or gamepad can be integrated. Once you set the controls the way you like ’em, you’ll be peeking over and around all sorts of obstacles, and feeling considerably more of that 3D perspective than Doom offers.

As far as retro first-person shooter games go, Cyclones stands up pretty well. And though the premise is nothing new, there’s enough uniqueness here to prove that protecting Earth can still be a lot of fun. 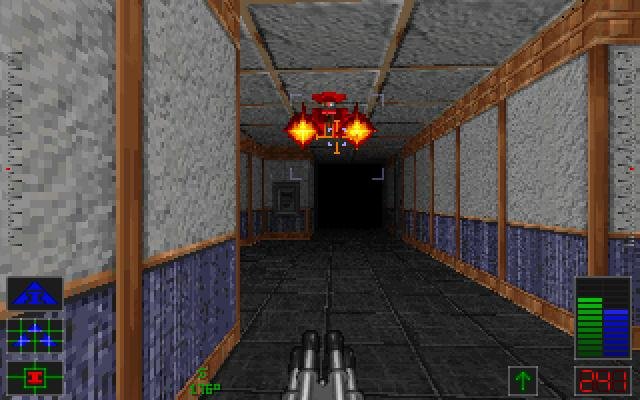 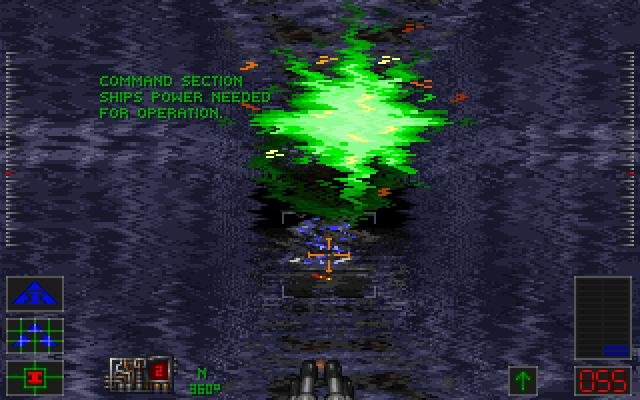