Amulets & Armor is a mission-based adventure/RPG that runs on DOS. When starting a new game, you have a choice of several characters (called archetypes here) that range from warriors to ranged combat to magicians. After that, you can choose one of several missions that place you in various levels wit specific objectives. Between missions you can also visit other places: ‘Store’, ‘Inn’, and ‘Bank’. The Inn, which lets you rest to heal, has exorbitant prices and is such unusable. You can visit the Store to buy various things like weapons and potions, and the Bank lets you store any gold you’ve found – it’s useful since you lose a lot of your carried gold whenever you die. 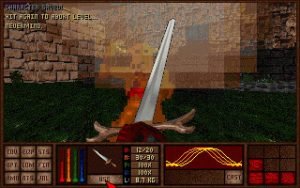 The graphics in the game are atrocious by 1997 standards. It runs worse and looks far inferior to games such as Heretic, and in fact could be easily confused with a 3D title that came out sometime in the early 90s. The controls are slow and awkward, and don’t have any of the balance you expect from serious CRPGs, or the hectic violence found in mainstream 3D shooters. It’s a dull, dysfunctional blend of both worlds with little charm in between.

Each mission will take around 30 minutes or so to complete. There are a few exceptions, however, that take up to an hour, and the game can get needlessly difficult (partly by design, partly because the controls suck), forcing you to inch forward and count every hit point. There are some parts of the missions which are quite brilliant. There are rolling boulder traps, hidden rooms behind waterfalls, magical cages, etc. Other missions are terrible and seem unsolvable, so it’s a confusing mix of bad and good. Gameplay consists of finding and killing enemies, taking items they might drop, pushing the occasional button, finding the occasional hidden treasure, and leaving.

There’s also a spellcasting system, and while it is quite clunky, it’s quite functional once you learn the basics. The 3 schools of magic have different rune combos that you must use to cast each spell. These runs are collected as one advances through the levels. Spells vary from â€˜Eagle Sightâ€™ to â€˜Pullâ€™ and â€˜Pushâ€™ (which were actually quite useful!) to â€˜Flightâ€™ and â€˜Acid Ballâ€™.

Don’t expect much game here, though. It’s essentially a shareware product that never managed to make it to retail, so you get few missions. There is some replay value with the addition of extra classes, but some of the game’s lower points – a few annoying missions, high difficulty and awkward controls – make it less appealing overall. 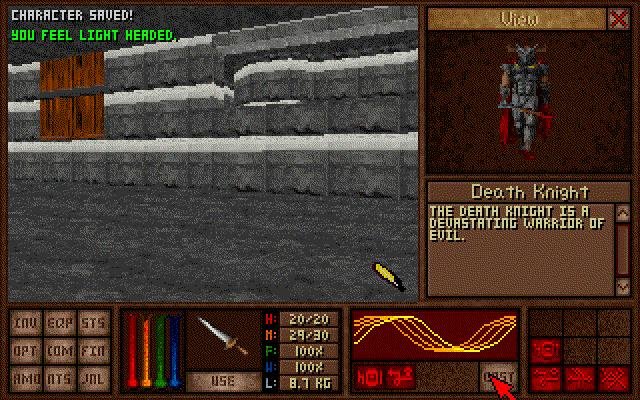 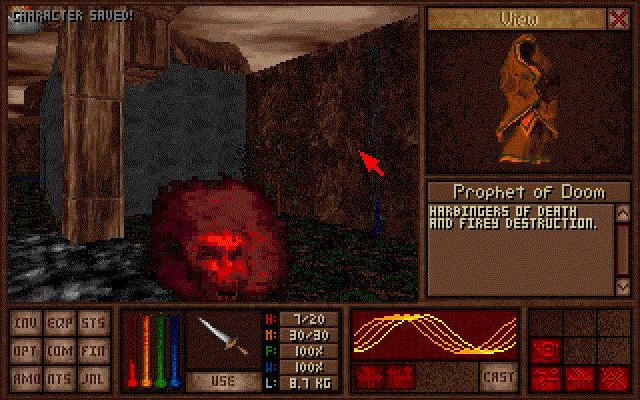 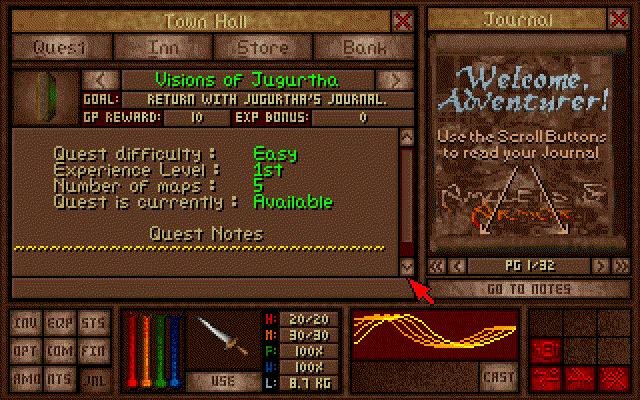 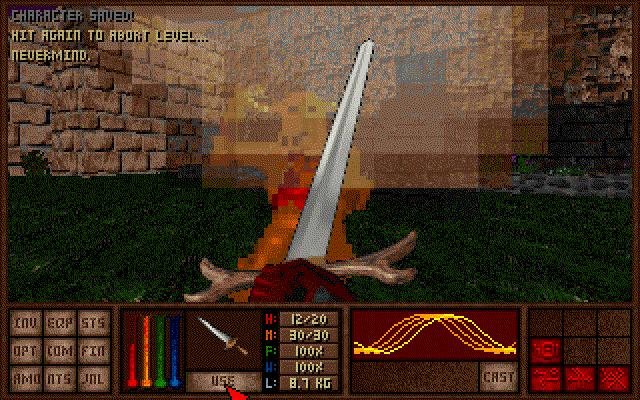 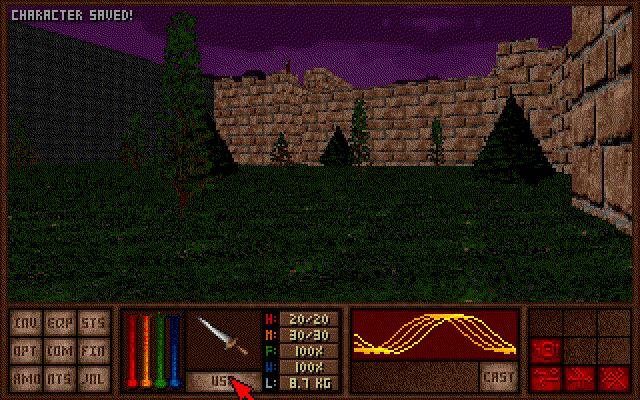 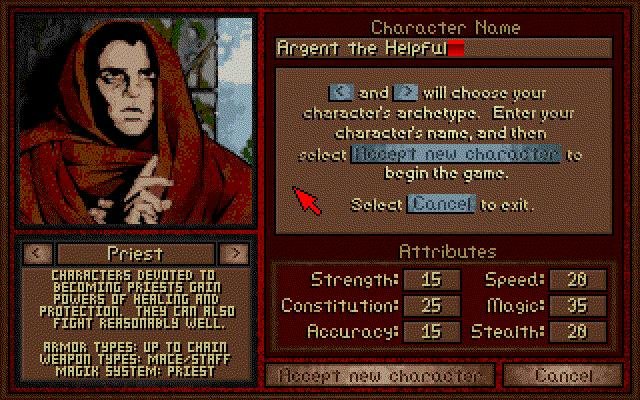