Space Simulator is Microsoft’s civilian equivalent of all those semi-realistic space combat games (X-Wing, Wing Commander, TIE Fighter, etc). It’s also specifically geared towards the super technical side of space travel, requiring more than a fair share of reading and learning of the physical forces that exert on your craft. It’s initially about as fun as picking up a very technical program like 3DS Max or Photoshop.

Still, Microsoft Space Simulator strives to convey the intricacies and excitement of space travel to those willing to learn. Whether youâ€™re recreating the Apollo missions to the Moon or embarking on a journey to visit the nearest neighboring solar system, this program will deliver as close to the real thing as possible. If youâ€™re used to stopping and turning on a dime in a starfighter, piloting the spacecraft here might seem more than a little challenging.

As in the real world of space travel, an object in motion will come to a stop only when equal force is exerted in the opposite direction. You canâ€™t just step on the brakes. This physics-based space flight takes some getting used to, but there are enough autopilot options to get around the more bothersome of Newtonâ€™s laws. 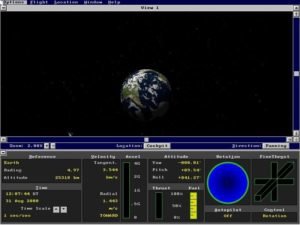 The universe depicted in Space Simulator is huge, encompassing a total of 8.4 billion light years. Thank goodness you can speed up time for those decade-long trips. But if you’re a real fan of realism, you can plan your journeys in real-time and wait 4 days until you reach the moon. As mentioned previously, you can leave the Solar System and visit nearby stars, though any extra-solar planets around other stars were more or less hypothetical given the lack of knowledge in 1994. Hence, any pretense of accuracy flies out the window when dealing with alien solar systems.

Space Simulator is a hard program to learn and is specifically geared towards a tight segment of simulator enthusiasts. The idea behind it is also original and the execution interesting for those willing to go the extra mile. Or light-year. 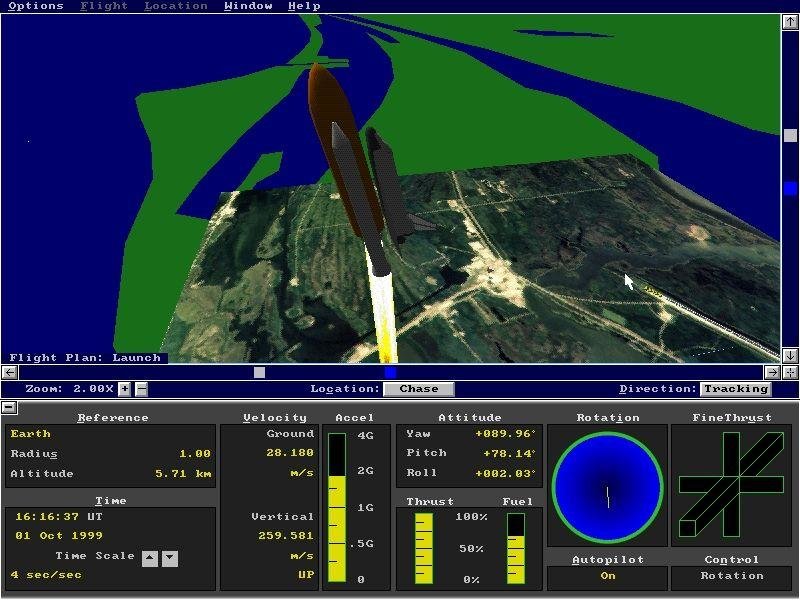