Star Wars: Rogue Squadron 3D is fast and fun, along the lines of Incoming. Also a first-person action game, Incoming didn’t really get interesting until you were defending space shuttles. But from the first mission, Rogue Squadron has oodles of appeal. The game may as well be titled Shadows of the Empire: The Parts that Didn’t Suck. Taking its cue from the Hoth snowspeeder mission, it spins an entire game out of planet-level missions in fighters and snowspeeders. Unfortunately, it’s development as a Nintendo 64 title is a little too conspicuous. The limited viewing distance, a trademark feature of N64 games, can’t be adjusted. The MIDI-esque music is a disappointing step down from X-Wing vs. TIE Fighters’ stirring orchestral score. A harsh mip-mapping effect abruptly slams detail onto objects rather than drawing it in at different ranges.

However, the way you earn medals based on mission performance, also a legacy of the N64, gives the action a solid framework. By improving your performance, you can unlock vehicles to use on earlier missions to get better medals. Ultimately, you can unlock the Millennium Falcon, which is tantalizingly parked in the hangar when you choose a vehicle. 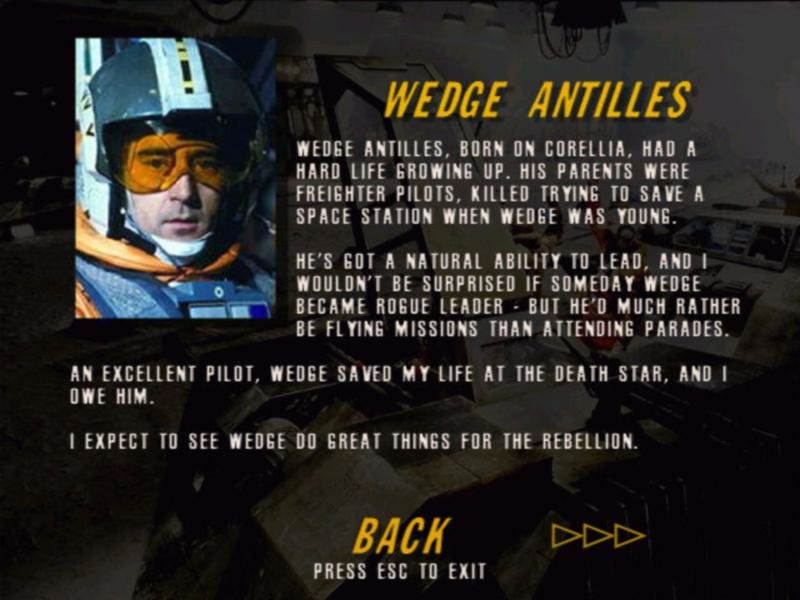