Based on the game Baldies, Skullcaps is a very different breed of game. It’s sort of a cross between Lemmings and Dungeon Keeper. It takes many aspects of a RTS styled game to create a unique playing environment. You have some control over your skullies, but they mostly wander around on their own until you call on them to do your bidding. With your guidance, they wage war on the evil hairies. Characters are divided into four types of specialties; the worker, the builder, the scientist, and the soldier.

Each specialty gathers resources to power each of their special abilities. Workers breed and allow you to move land. Builders build, expand, and repair your buildings. Scientists research inventions and are use to set traps. Soldiers are used to defend and attack and to create guns and grenades.

Buildings are the advancement procedure of your skullies. You have three primary building types. The normal buildings can advance the furthest to hold the maximum amount of skullies, thus increasing your breeding capacities. The scientific buildings are the only places where you can research new inventions and they also boost your research rates. Military buildings allow your soldiers to research guns and grenades.

The game plays out along the lines that you’ll research lots of traps to plant around your opponents base while you build up armies of soldiers to go take them over. The traps are the most interesting part of the game. From the pitfall traps to the exploding cow, the traps are creative and have quite entertaining results. If you get too bored and don’t want to keep fighting, you can always use the Big Fight invention to have a big brawl to decide the winner based on total unit numbers.

It’s not really a simple game as it may appear. It’s very close to the style of Lemmings, in fact. So, while it may start simple, going through the tutorials will reveal a game that is more complex than any first impression may lead you to think. 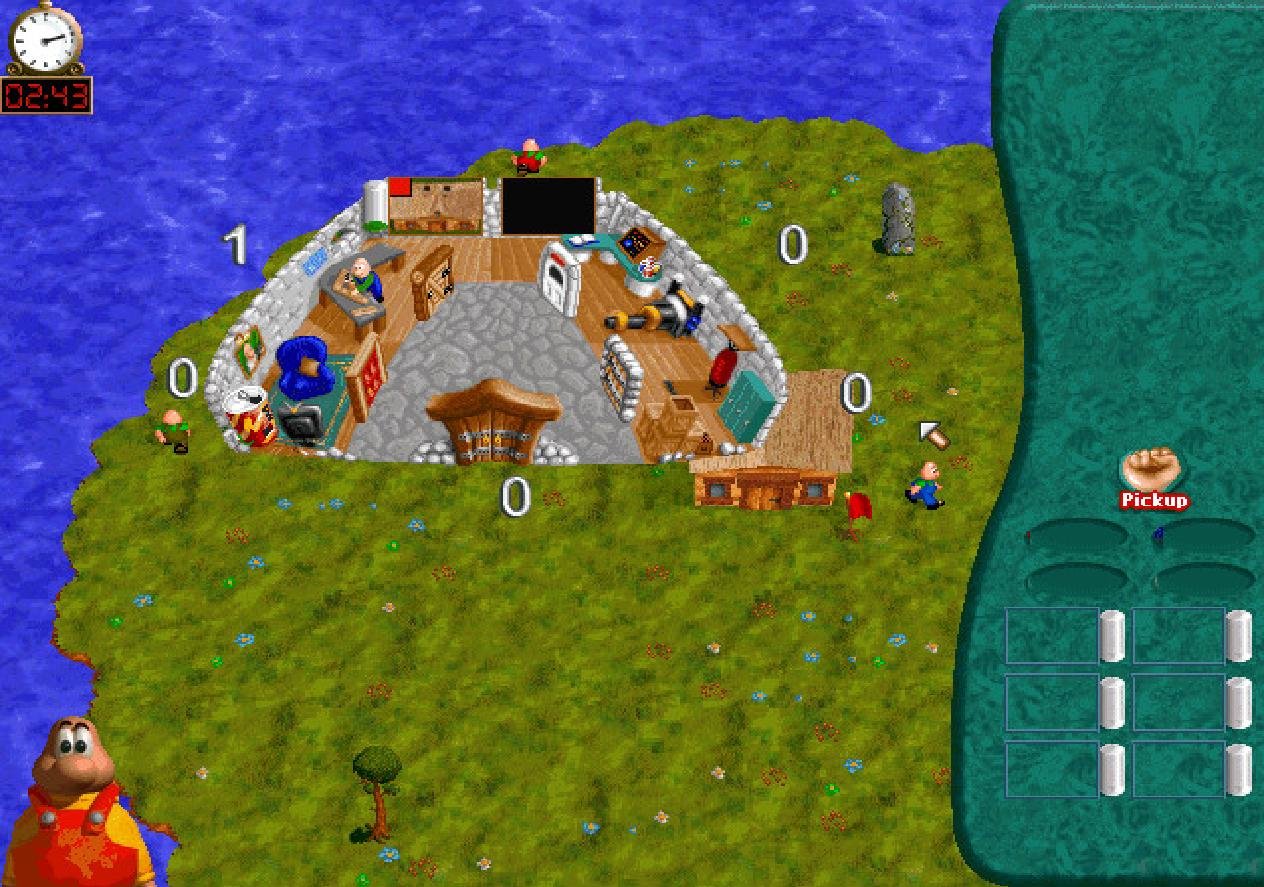