This game is weird. Thereâ€™s no other way to describe K-D Labâ€™s wholly unique fiction and setting for its Perimeter games. Trying to decipher the technical gobbledygook contained in the first 30 minutes of Emperorâ€™s Testament is headache inducing. As a stand-alone expansion to the original Perimeter, Emperorâ€™s Testament drops you in the deep end of the pool with no tutorial and little incentive to see it through. You get a mission objective, meet it somehow, and move on to the next one. Missions are a standard mix of attack and defend. Your mighty morphing ground, air, and underground combat units are given piles of fixed defenses to plow through. Most satisfying of all, the electric framework of the web of power generators you build to support your fight looks cool.

Without a tutorial, itâ€™s hard to figure out how anything works. Youâ€™re often left with little in the way of clues about whatâ€™s effective against what. Luckily, someone at Paradox put together a decent manual that at least gives you the basics of how to start building and terraforming. Without it, you would throw your hands up and quit during the first mission.

Time invested in Emperorâ€™s Testament unfortunately never really pays off. The campaign lets you fiddle with some weird stuff while it beats on other weird stuff. But it all seems so hollow and dull, despite the originality of the setting. The game certainly looks interesting in pictures, and the soundtrack is psychedelically soothing. All itâ€™s missing is the entertaining play. 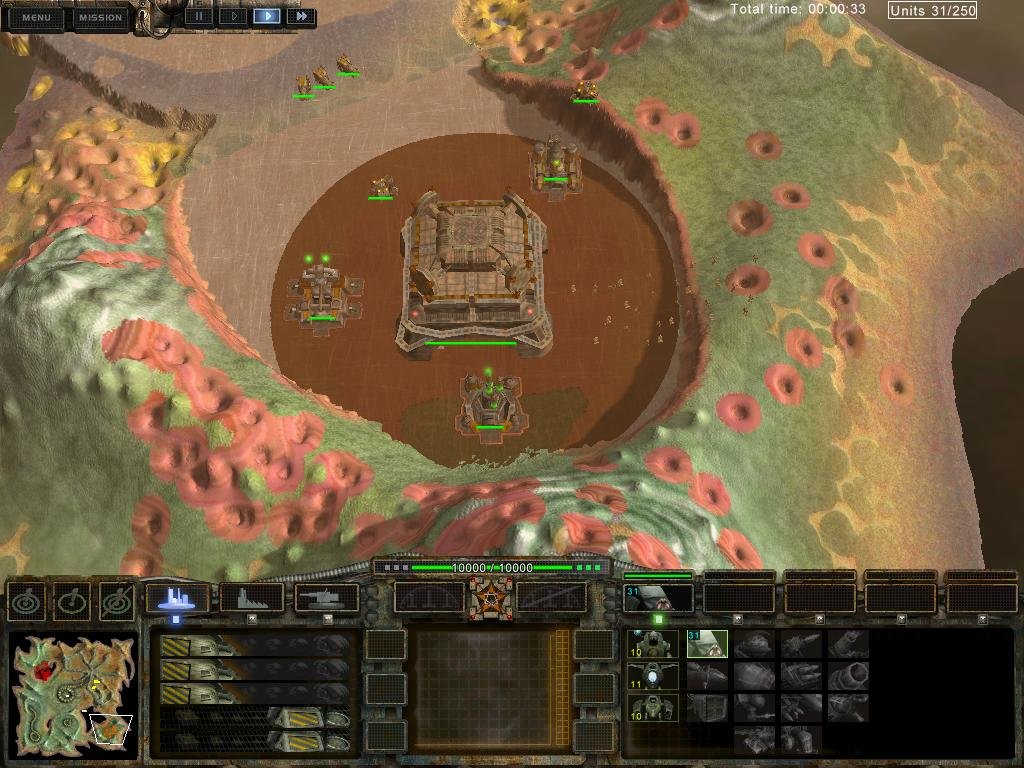