Much like ReVolt, RC Cars is a fun little racing game that puts you in control of a remote controlled car racing around a host of different environments. The game offers pretty good graphics, detailed environments, and fun gameplay. However, the game does have a few problems, like a frustratingly unforgiving single player mode and goofy handling. However, all things considered, RC Cars is a fun game that will provide hours of entertaining racing.

RC Cars puts you in control of three different RC Cars: a Bigfoot-style truck, a six-wheeled Hummer, and a race car. You only begin with access to the Bigfoot truck, and youâ€™ll need to complete levels in order to play with the other two vehicles. The cars each have strengths and weaknesses, and handle quite differently. However, it wouldâ€™ve been nice to have a bit more variations. The environments are nice and diverse, however. Throughout the game, youâ€™ll race over many different types of terrain, from beaches to busy roads and so on. And, of course, there are lots of obstacles thrown in your way to prevent you from top placing in races. Since the cars are little RC cars, the obstacles tend to be things like pop cans and other litter, people, and even real cars. The game also boasts a pretty deep garage mode that allows you to upgrade your racer with bought parts. Win races and you eventually unlock new stuff, including tracks.

However, things start to get a little messy with the car handling. While the physics engine is pretty impressive, but the vehicle handling is a little too floaty. Cars will spin out after taking relatively simple turns, which can lead to much frustration. Also, for some reason or other, hitting certain pieces of debris will build up your cars boost gauge while slowing you down at the same time. 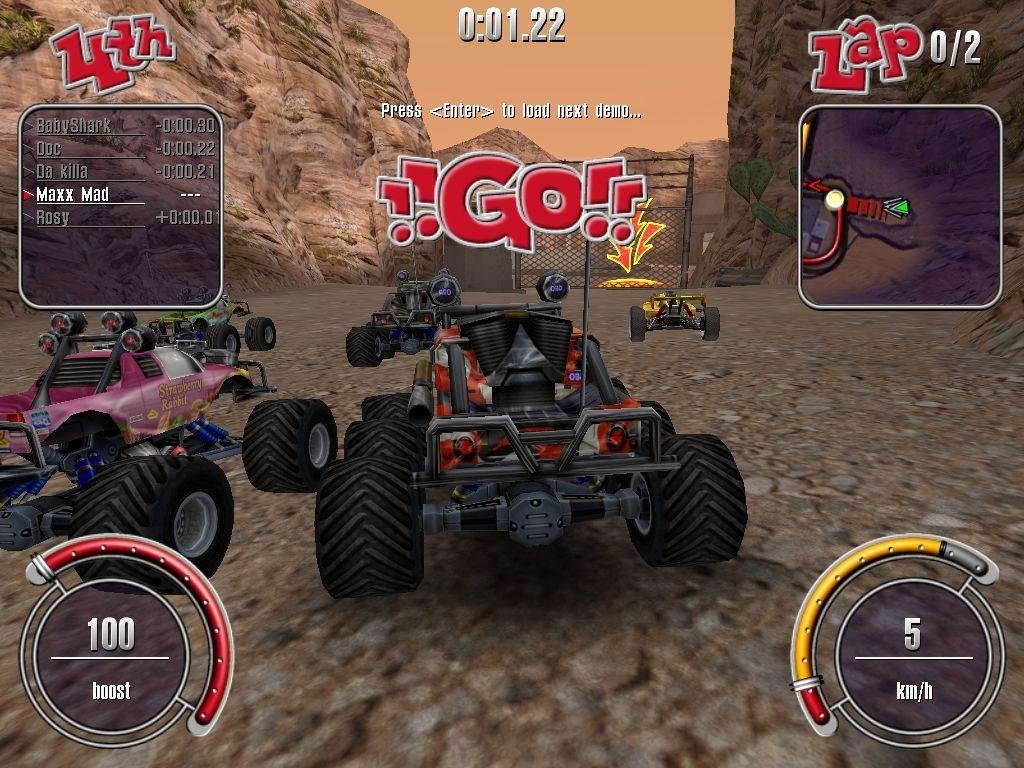