Put your abstract thinking caps on – Rama isn’t for the mathematically challenged. The year was 1972 when Arthur C. Clarke published “Rendezvous with Rama”, a very well received ‘first contact’ story that told the tale of a science team venturing inside an alien spacecraft passing through our Solar System. Later novels built on the concepts of the original to reveal an expanded view of the Raman universe, one that was remarkably complex. Both Clarke and Gentry Lee, himself a talented writer and scientist, worked together on some of the later Rama novels, and the idea arose of creating an adventure, much to Clarke’s initial skepticism.

Sierra was approached with the proposal, and, to the companyâ€™s credit, it threw all its corporate resources behind the project. Rama the game introduces characters and concepts from the first two novels, and does so with supreme confidence, spinning a story line that seamlessly meshes traditional puzzle-and-conundrum situations with the broader cultural and technological issues raised in the novels.

The player assumes the role of an astronaut being sent to Rama to replace an original member of the crew who died under curious circumstances. When you arrive on Rama, the vast alien ship (which is really just an enormous hollow cylinder) is still dark, except for a small base camp, and largely unexplored. After checking your video mail and inspecting your locker, you begin to snoop around and find something that looks a suspiciously lot like a nuclear bomb set to blow on a moment’s notice – clearly, the human authorities are taking no chances, despite the seemingly peaceful intent of the alien vessel.

In many ways the game is your standard first-person Myst adventure, but with an added human and story element as well as an initial ‘free-roaming’ mode (you can walk around and inspect various hot-spots quite freely, but should also look out for wandering threats). You see the sights, pick up puzzle pieces, have encounters with other crew members who supply information or message cubes that further the plot, and have your first run-ins with the Raman “biots,” the bio-mechanical “maintenance crews” of the spaceship, some of which can be a great deal dangerous to your health. If you die, Arthur C. Clarke appears on the screen and gives you a lecture on what you did wrong! The game takes a surprising twist when a cataclysmic event throws the super-structure in a direct impact trajectory with Earth, and as a result the on-board nukes are set to activate and blow up in about six hours’ time. This gives you just enough time to finish your explorations, solve the remaining puzzles, and disarm the bombs. Yet a good deal of these puzzles aren’t for the mathematically challenged, as you’ll find some truly grueling exercises along the way that will test every iota of your abstract thinking capabilities. Of course it’s not one long math quiz, but it will get brutal.

But if you’re smart enough, enjoy a good story and are a fan of Arthur C. Clarke’s works then this here’s pretty much a five-star adventure game. It’s still great even if you don’t fit into the game’s intended audience, but don’t expect an easy ride through Rama. 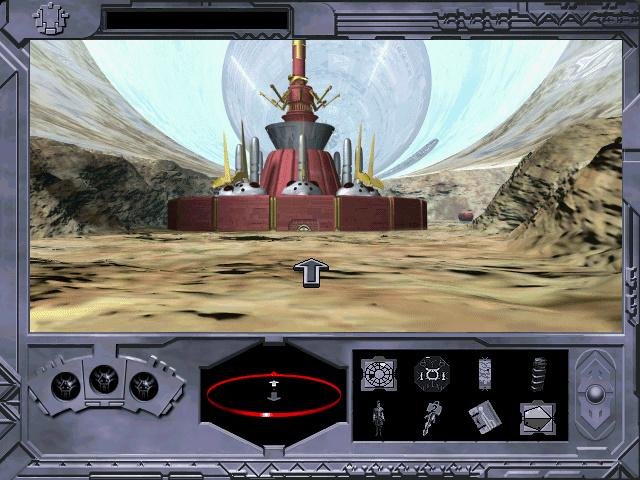