Power is a board game for Windows based on a cardboard counterpart. The visual representation is sketchy. The pieces are visually flat and lifeless, and lack the main ingredient that makes board games fun — human interaction. Power suffers from both problems. 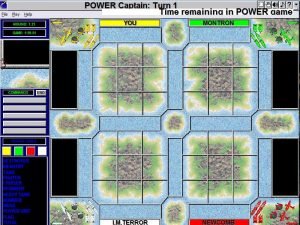 In Power you win by moving game pieces. Four players compete at once on a map-like board representing an abstract terrain. The board is divided into four equal parts, with four islands in the center of the board and four corners where play begins. Each player (white, yellow, red, and blue) starts with a selection of units: two planes, two infantry, two tanks, and two ships. Each also has a flag, and this flag is the goal of the game. Once a personâ€™s flag is captured, heâ€™s out of the game. The winner is the person who captures all the flags.

Units maneuver into position across the four islands by simply clicking a piece and a destination. If two enemy pieces occupy a single space at the end of a move, they fight, with a simple mathematical calculation deciding the victory (i.e., tanks worth two points beat an infantry unit worth one, and so on). The winning side then adds the defeated piece to his forces, and play continues. By occupying enemy ground, you accrue power points, which can be traded in for new pieces, right up to a “mega-missile” nuke. 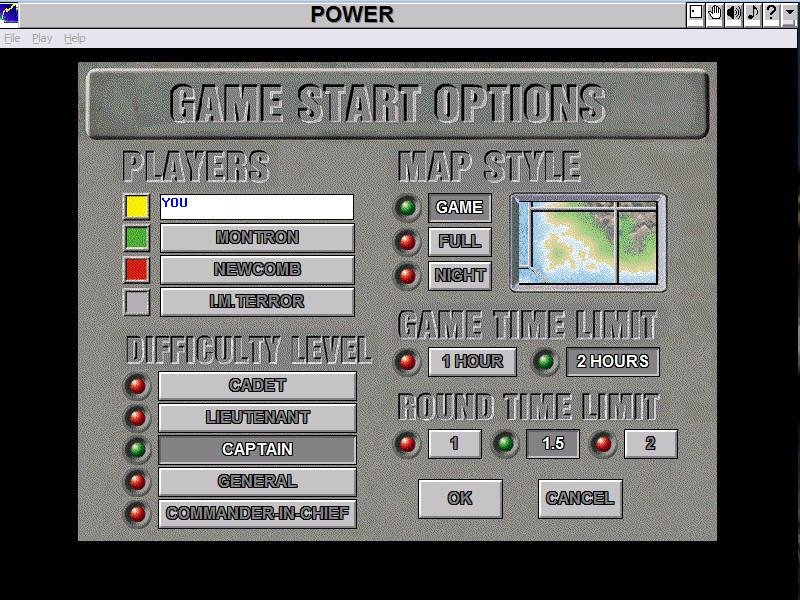 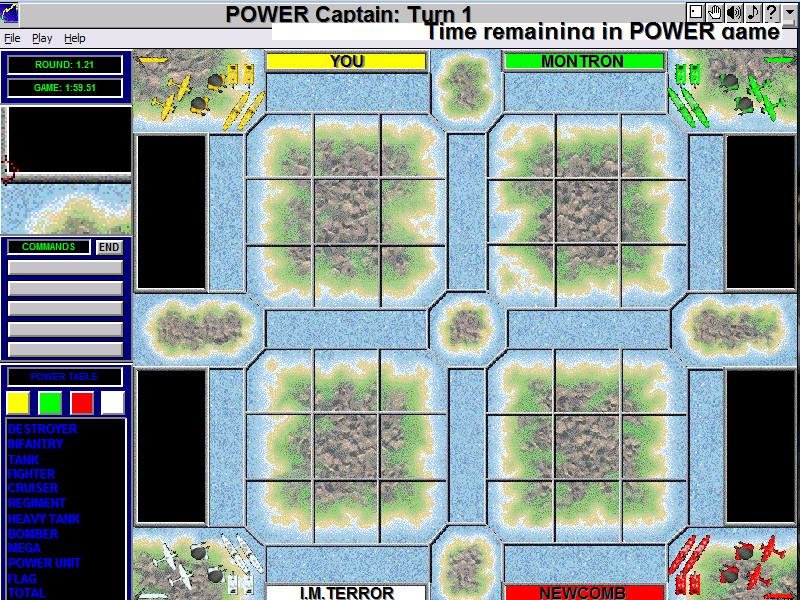 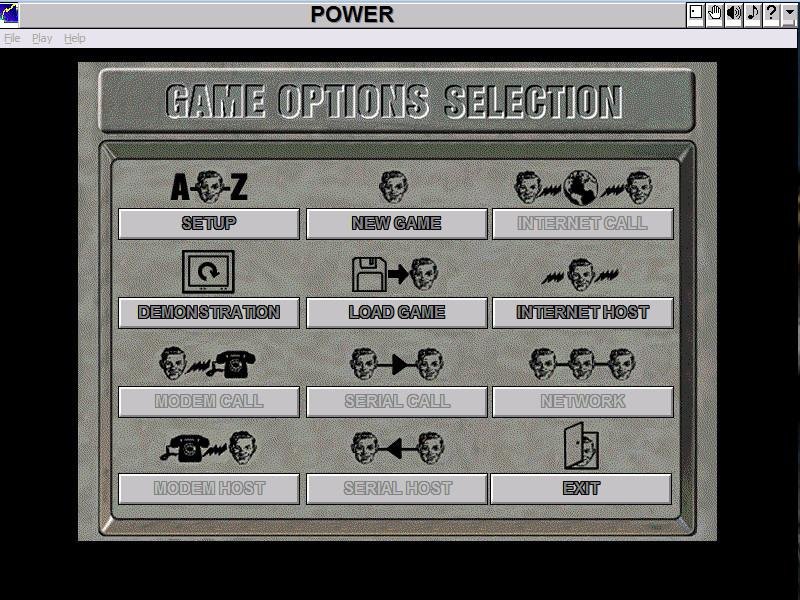 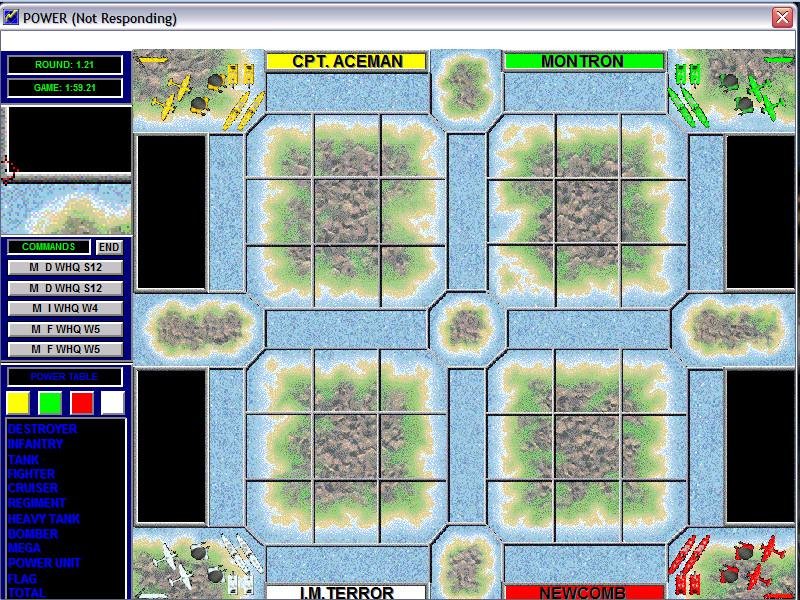 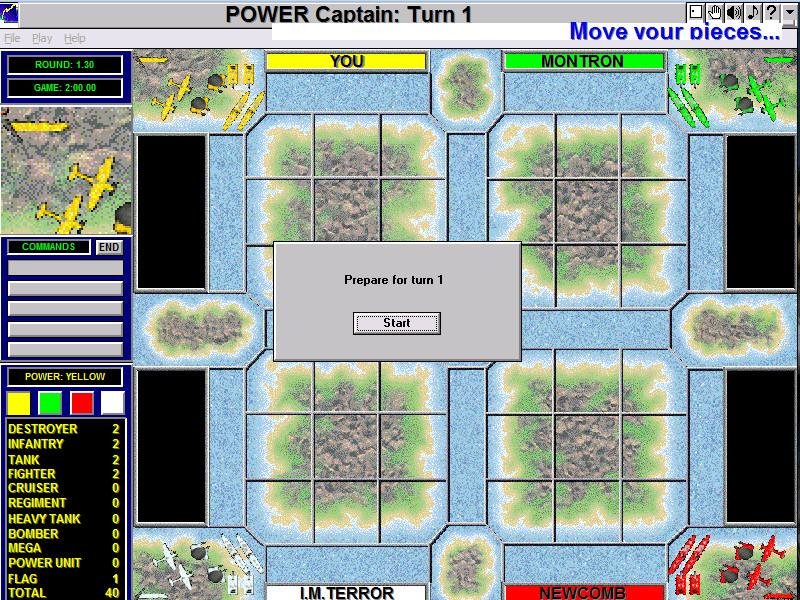