Outcast was cooking for four years prior to its release, and games that are in the works for that long usually find themselves on one of two ends of the quality spectrum – extremely good, or god-awful bad. It won’t take long to figure out where Outcast is located. The story is cheesy sci-fi to the max. After discovering the existence of alternate universes, military scientists send a probe through a time-space portal, where they marvel for a few brief hours at the visual data transmitted from the strange new planet on the other side – that is, until an inhabitant who’s not fond of inter-dimensional voyeurs blasts the probe to bits. The probe’s destruction results in the creation of a vortex pulling our universes apart. As a gruff Special Forces, your job is to head into that universe, find the source of the vortex, and save the world.

Outcast’s extremely cool environments are rendered in Voxels, and unlike Delta Force, the engine plays nicely with poly-based 3D props. Every rock, piece of debris and pool of reflective water falls into place in a stunning display of light and shadow, providing what might be the best-looking game of 1999. And things feel appropriately alien on Adelpha, the planet to which Slade (your character) has been sent. Instead of roaming about ruins looking for rusted mechanisms to align, you actually meet the planet’s residents, talk with them, question them, and eventually start killing some of their less friendly brethren.

Although some of the requests from the friendly Talans (the bipedal, trunk-nosed inhabitants of Adelpha) are nothing more than errand-boy assignments, just talking with these critters is engaging, especially as you learn each character’s quirks and idiosyncrasies and what the other Talans think of them. The skill of the game’s writing is that each conversation holds forth new clues. Gamers accustomed to lighter fare might be overwhelmed by all the missions and information thrown haphazardly into their laps from the get-go, but after a few hours of play things become much clearer, especially when you focus on just one or two tasks at a time. But finding out what to do and when is just part of the challenge in Outcast; finding a way to carry out the job effectively is a whole other story. Success in combat depends on a delicate balance of stealth and firepower – which means short-sighted players who grab their gun for a killing spree are in for a disappointment. But Outcast more than makes up for its lack of run-and-gun mayhem with a host of tactical twists. Outcast isn’t for the average twitch gamer. But if you’re looking to settle down with a rich, challenging adventure, then you’ve found the right place. 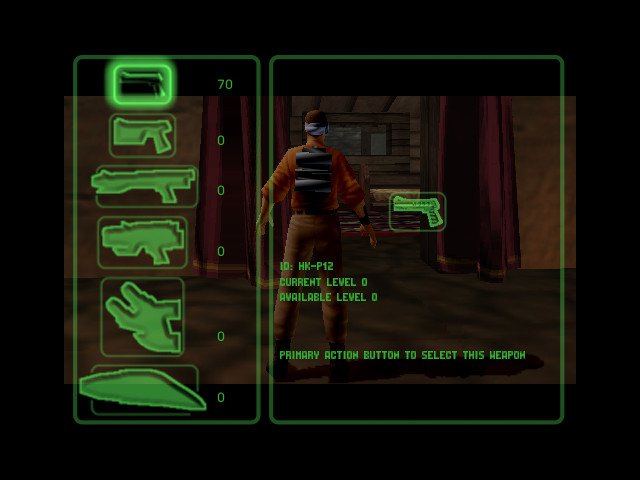