Die Hard: Nakatomi Plaza is a phenomenally good idea â€” use the indoors-friendly LithTech engine to put you in the bare feet of John McClane for his heroic one-man stand against terrorists. The game follows the narrative of the original Die Hard film very closely, which is both reassuring and weird. Watching stiff cinematics of the classic scenes and listening to awful voice actors re-create German accents is cringy to say the least.

Unfortunately, the FPS gameplay has its own problems. While the graphics look passable, your progress is utterly railed, which sort of defeats the purpose of all the impressive architectural design. Enemy-AI tactics consist mostly of running right at you, with occasional breaks to roll around on the ground in a comical evasive maneuver. Baddies require many direct hits to finish them off, and since Hans evidently brought along around 1,000 guys for this caper, it can result in some frustrating meatgrinders, even on Normal difficulty.

Progress can also be bizarrely confusing. At the end of one early stage, I waxed the taunting Tony (â€œI promise I wonâ€™t hurt youâ€) and then spent 10 minutes wandering the empty level trying to figure out what to do next. Turns out I just had to “Use” Tonyâ€™s corpse to end the level. I got hung up on several such unclear snags. There are some fun bits for all of its tedium, but not enough to save this movie-to-game transition. 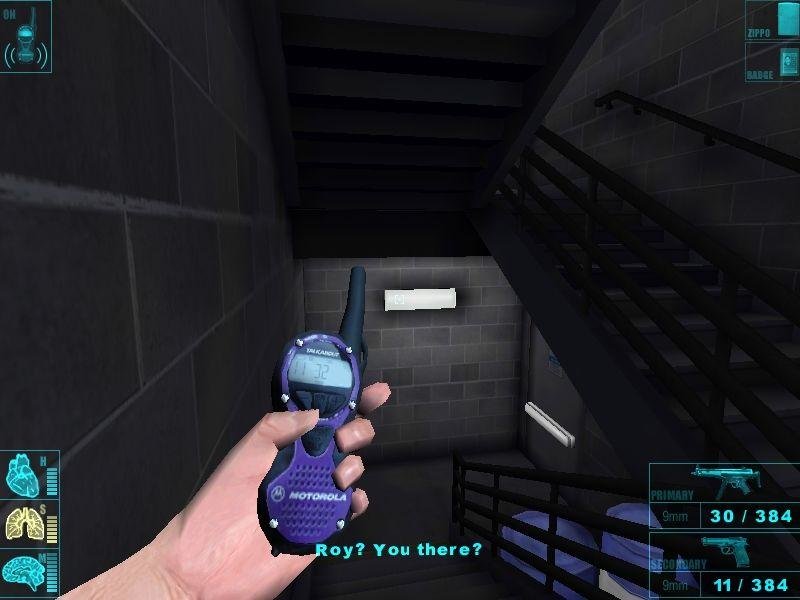