The PC deer-hunting genre is certainly an easy target for satire and humor. It seems a given that if people are willing to shell out cash for a bad deer hunting simulation, they’d be equally willing to shell out cash for an uninteresting parody that essentially laughs at itself, especially something as silly as the concept of a gun-toting deer named Bambo and his single-minded quest for vengeance. This time Bambo leaves the woods and seeks vengeance against redneck foes in their neck of the woods. An office building, a suburb, and a hick bar serve as “levels” but they are set up as shooting galleries. Pan around 360 degrees, shooting doors, windows, and any human being you come across. The humans shoot back of course and offer wisecracks while trying to take you down You are able to duck now, and you have a limited number of noxious farts you can unleash on opponents. Those are the new features added since the original Deer Avenger.

One problem is the extremely limited gameplay a shooting gallery setup offers. I suppose that since this is supposed to be considered less of a hunting game and more of a parody, that oversight might be forgivable. But the laughs just aren’t here at all. The game serves up a landslide of bad jokes.

Oddly the game seems to have bowed under a small amount of perceived pressure in that Bambo uses tranquilizer guns instead of live ammo. Given the fact that one shoot-em up level takes place in an office this is perhaps a little understandable, but the terrible humor makes it even less of a game for kids than any cartoon violence using real weaponry could have caused. 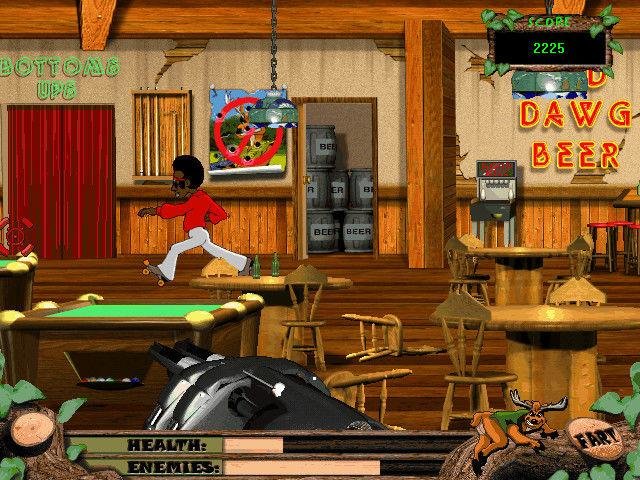 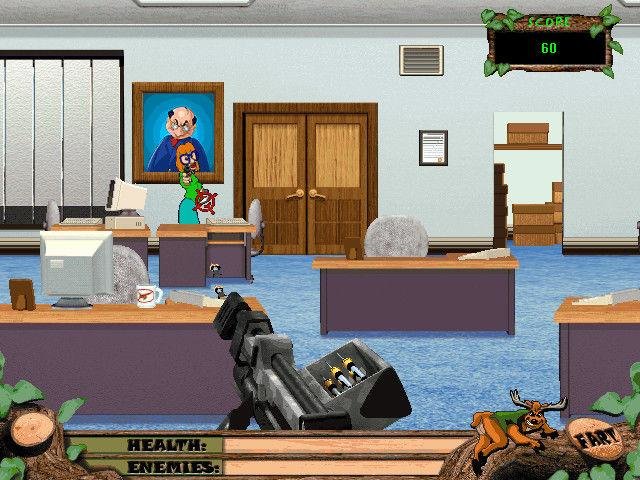 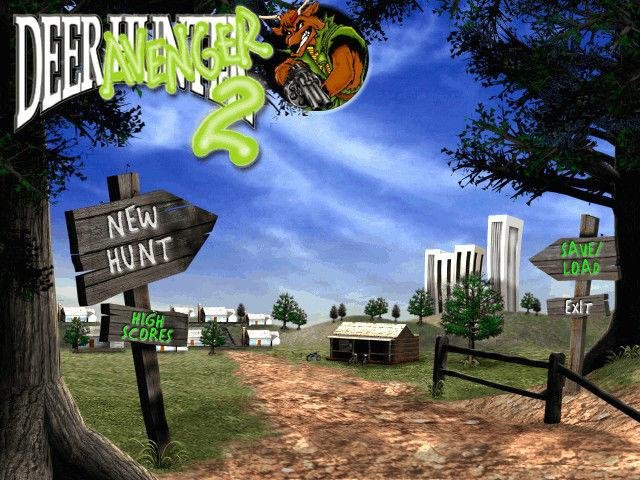