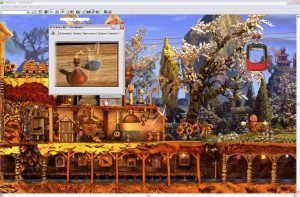 Creatures models the land of the Norns, little critters reminiscent of Gizmo from Gremlins. Norns live in a 2D world that looks ripped from a platformer, but instead holds farms, seas, houses… and the nefarious Grendels. These enemies of the Norn carry diseases that they pass on to Norns by slapping them. The world is a mixed bag of realism, but shies from any sort of overt grittiness. Norns mate by kissing, for instance. But then, seeing these cute little furballs mate in any other way would be as disturbing as watching Pooh and Piglet during an intimate moment.

When you first start the program, you’re given six eggs from which to hatch a Norn. Stick an egg in the incubator, and soon enough you’ll be a proud Norn parent. Now comes the, ah, fun part. Baby Norns are fairly helpless. They have to be taught to eat, sleep, and talk. Happily, no diapers are in evidence.

Eventually (a few hours) they do grow up and start exploring their world. You interact with them via fetching and dropping objects, “talking” to them via typing in simple commands, and rewarding or punishing them (via a tickle on the head or a slap on the butt). By using these various input techniques, you can train your Norns to do well at a variety of Nornish things. Basically, you watch them and are amused. Or not.

And therein lies the key flaw with Creatures. There’s nothing to do here. Yes, you have to care for them while they’re young, but that isn’t fun. Once they’re old enough to be self-sufficient (though whether they ever really reach that point is disputableâ€”Norns have been spotted suffering from acute hunger pains while walking around with a snack in their hands), there’s less to do with them. Think of Creatures as a virtual fish tank, and you’ll have a good idea of what it’s all about. 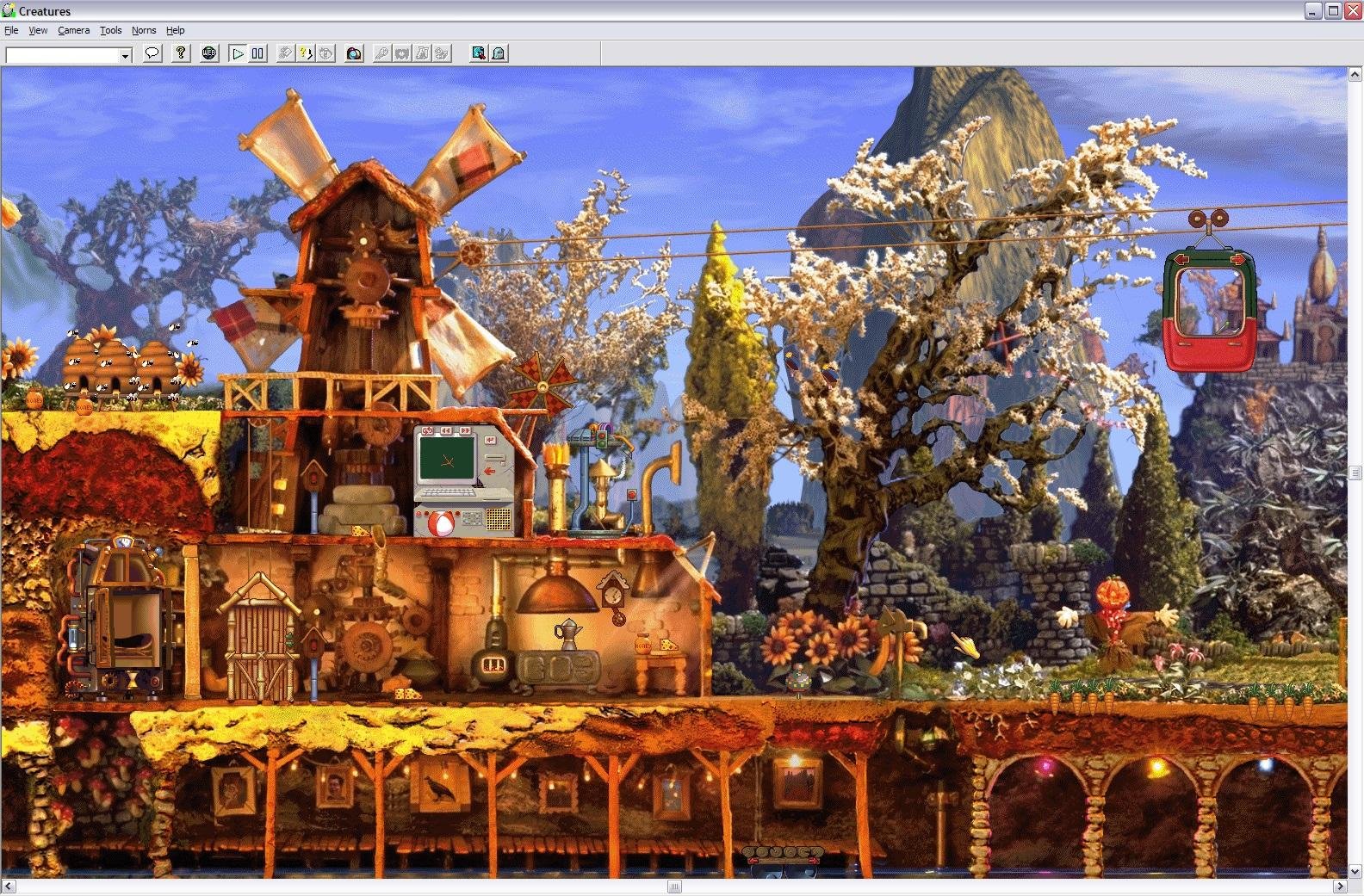 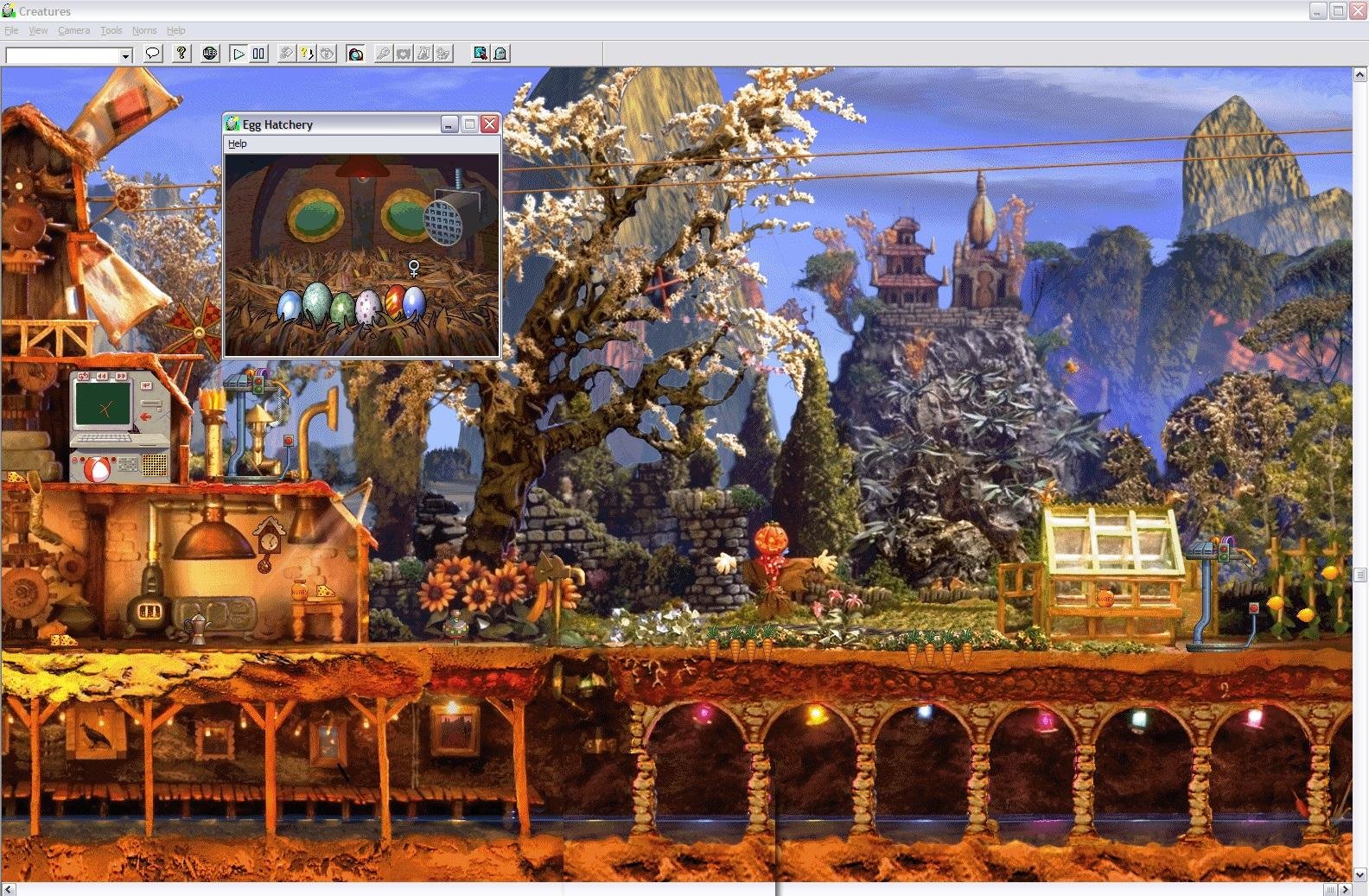 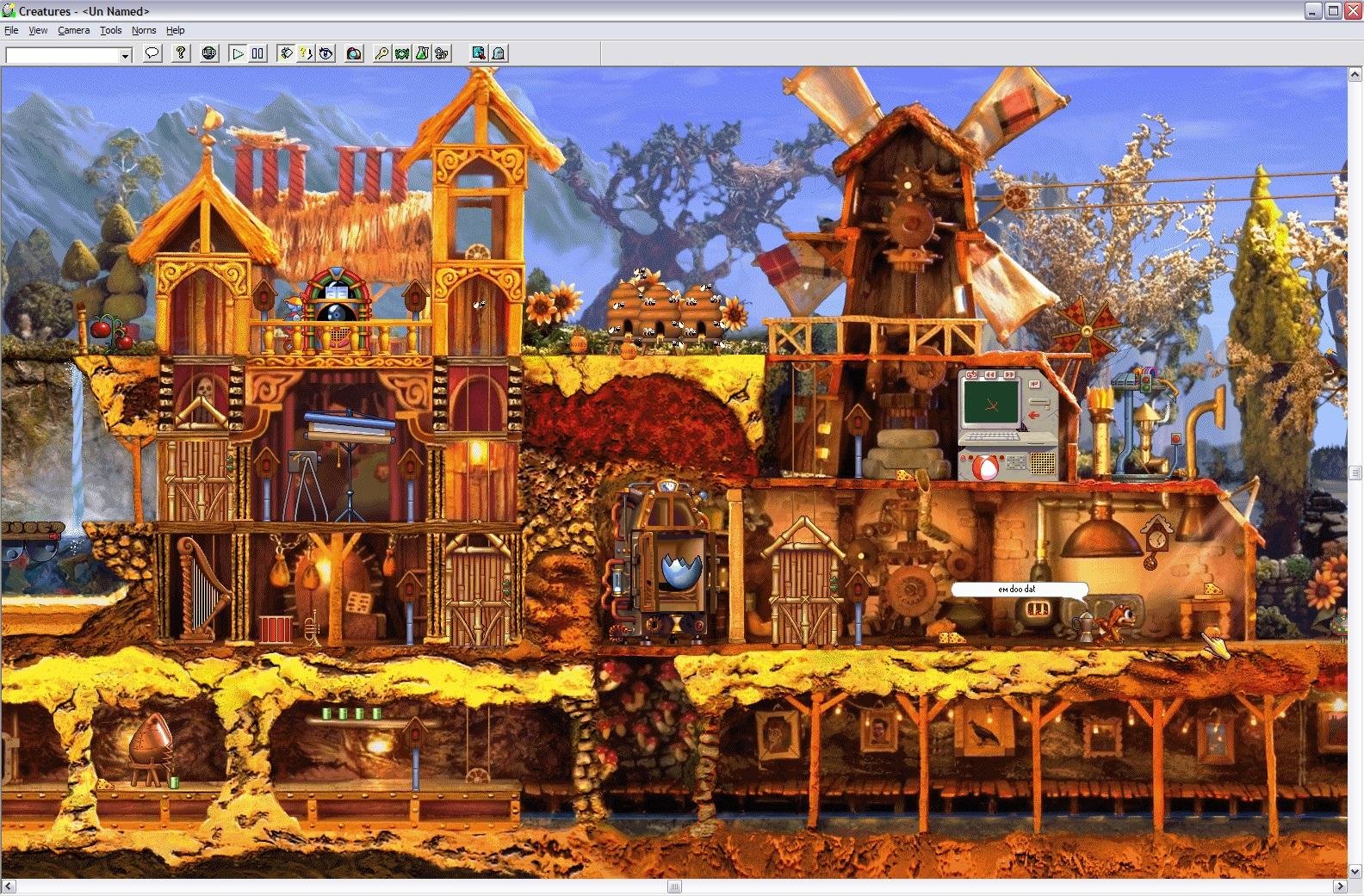 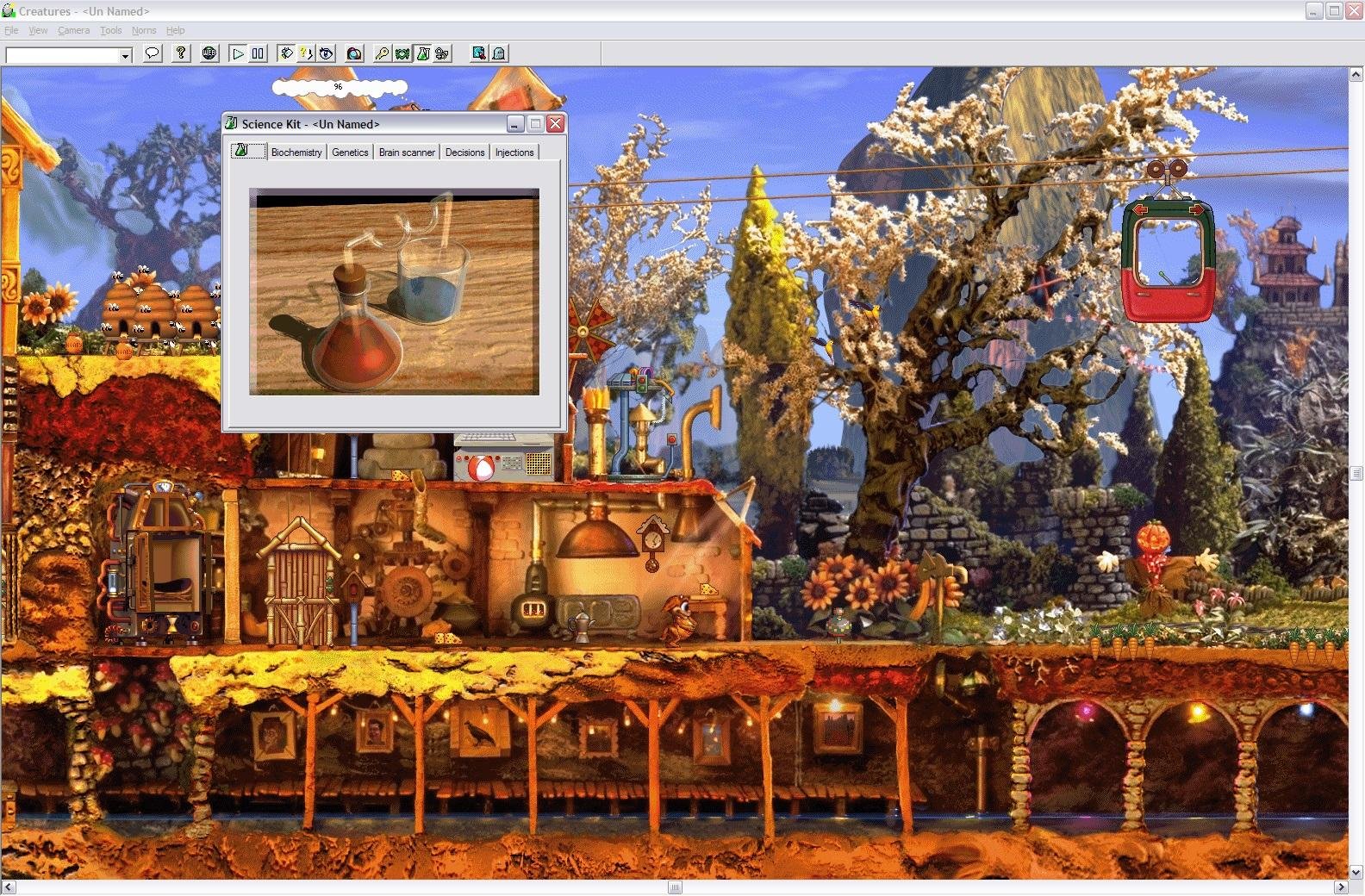 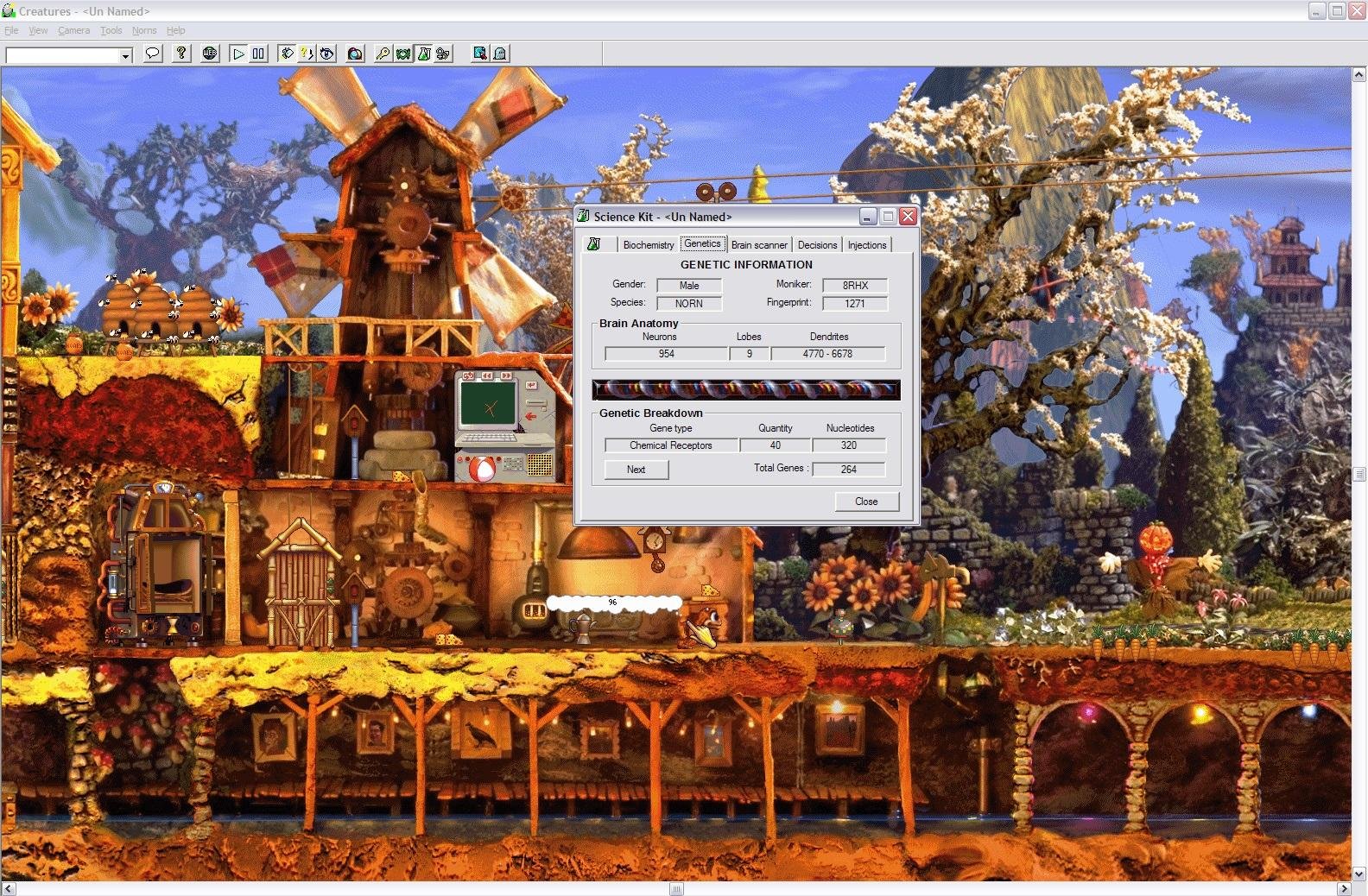