Conqueror AD 1086 took inspiration from Defender of the Crown and reprised it with spectacular graphics, great music, and terrific sound effects. Unfortunately, little if anything seems to have been done to flesh out the gameplay beneath Conquerorâ€™s graphics. You get the impression of a hastily-licensed product gussied-up in a spectacular package and shoved out the door to turn a fast buck as best it can. 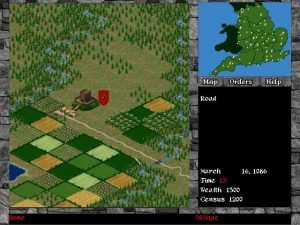 The pity of it is, with some creative redesign and some minor additions to the basic engine, Conqueror could have been a classic medieval strategy game. It starts you off as a young knight in control of a small fiefdom. Once you develop the local economy and raise an army, you have two (not mutually exclusive) basic paths to take: Expand your power and wealth until youâ€™re ready to march on London and rip the crown from William the Conquerorâ€™s head, or search out and destroy the enormous and elusive dragon thatâ€™s been scorching the countryside for years.

One of the chief ways to make extra money is to enter, and win, jousting tournaments. The manual recommends that you spend a lot of time in the “practice mode” before actually entering the lists. It is here that you start to have your doubts. To put it bluntly, the “practice” jousting mode is an infuriating waste of time. Mouse control is so impossibly mushy that it reminds me of a scene from one of those God-awful action games where you have to be on exactly the right pixel at exactly the right nanosecond in order to get through a scene. 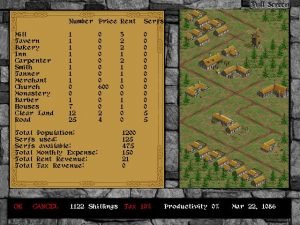 Then thereâ€™s the matter of castles. To put it bluntly, castle-building is a pain. Mouse control is so twitchy and unreliable that youâ€™ll spend more time “erasing” misplaced towers and wall segments than in actually completing your design. Plus thereâ€™s no real reason to build up castles, since your forces will simply bypass them. The economic game is also a mess. The total space available for village, farm, and forest development is a single fixed screen. And on the big tactical map, there is no connection between any part of your fiefdom and the main road network of the kingdom — yet youâ€™re encouraged to build roads.

On the positive side, the game is gorgeous: the scrolling landscapes, dotted with great cathedrals and majestic castles — russet in autumn, blue-white in winter, and lush with that special “wet-green” pastoral beauty of England in the spring — are magically evocative, almost Tolkien-esque. But beneath that beautiful surface lies a threadbare role-playing adventure, driven by predictable and ultimately annoying arcade sequences. 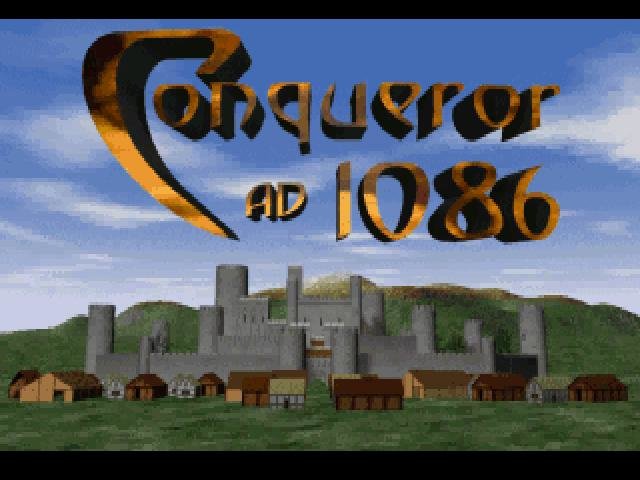 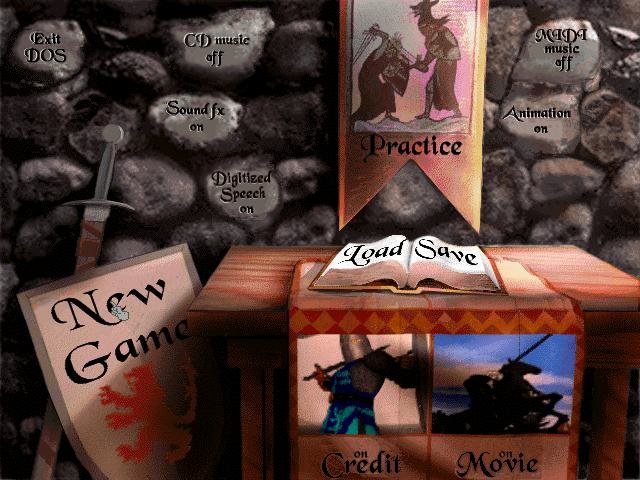 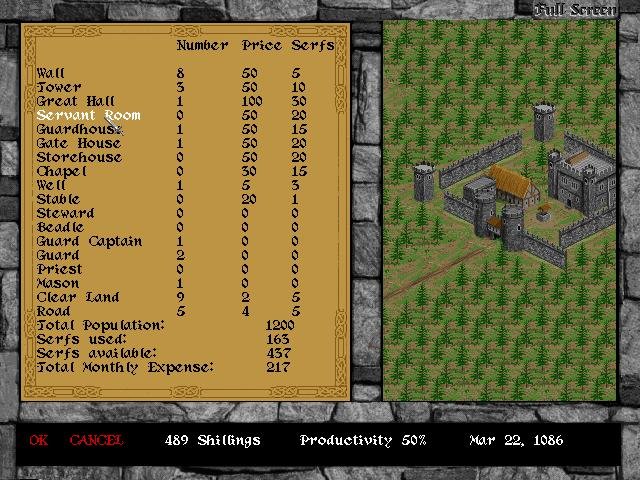 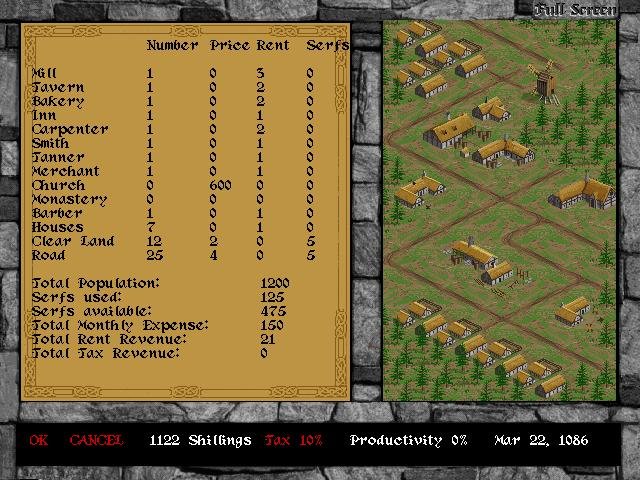 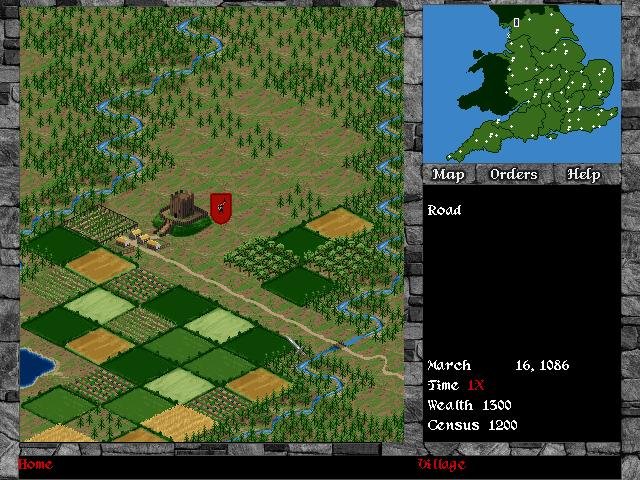